INTJ Romance: Just How Hopeless Romantic the INTJ Can Be 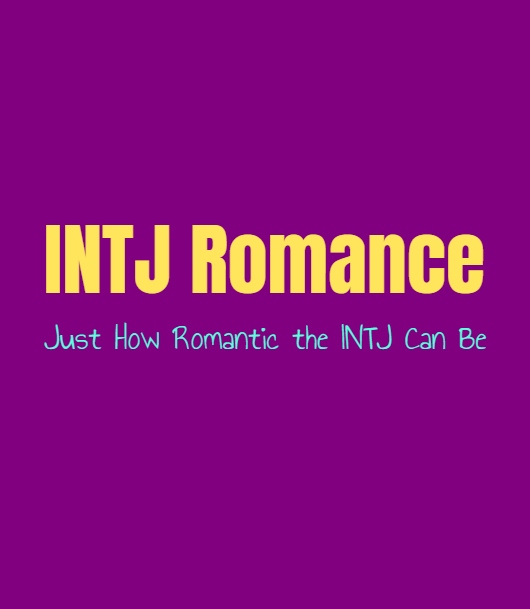 INTJ Romance: Just How Hopless Romantic the INTJ Can Be

INTJs aren’t viewed as the romantic types, since they focus more on logic and practical things. For the INTJ emotions can be both draining and confusing, and so they do tend to neglect them. It isn’t that the INTJ doesn’t feel things like everyone else, they just choose to push those feelings aside in favor of logic and facts. This mindset can cause the INTJ to be a much less romantic person, especially on the surface. They aren’t all that likely to view romantic gestures as valuable, and might even find them to be insincere. While some types are drawn to romance and fuzzy feelings, the INTJ does have a tendency to push them away and try to ignore those thoughts and feelings.

It isn’t that INTJs are incapable of romance, they just don’t like focusing on things which seem over the top or dramatic. INTJs prefer to be completely honest about their thoughts, but their emotions aren’t really easy for them to understand or work through. For the INTJ feelings seem too flighty and difficult to trust, and so they don’t believe in relying on something they cannot be absolutely sure of. For the INTJ romance often feels like an offshoot of these untrustworthy feelings, and can be hard for them to fully understand. It can feel insincere and a bit cheesy for them, almost like people use romance as a means of getting what they want. They would much prefer something more down to earth, something which doesn’t constantly require grand romantic gestures. They can be a bit stuck in their ways when it comes to this, especially during their younger years.

INTJs do care about relationships though, and often want to find someone they can share their lives with. Just because they aren’t outwardly romantic, does not mean they cannot feel a deep love and respect for someone. The INTJ often craves finding a connection with someone, and really does value their intimate relationships. Sometimes for the INTJ the idea of romance is almost like interviewing someone, asking them various questions in hopes of understanding them better. To the INTJ this is a sign that they care and are truly interested, as they wouldn’t ask such personal questions of someone they don’t actually want to become close to. While in their own minds this actually is a sign of romance, to others it can feel like an interview and creates an awkward amount of pressure. The INTJs idea of romance does not always translate in ways that other people appreciate, and so they often need to learn to adapt and adjust their behaviors. For them simply showing interest and being supportive of their partner is a great sign of romance and affection towards them. Traditions just aren’t that appealing for the INTJ, and this causes them to see things differently than most people.

When the INTJ cares they are often willing to adjust their behaviors in order to make someone they love happy. Over time most INTJs start to realize that traditions are important to others, even if they don’t personally value them. The more they start to open up their minds to the possibility of romance, the more capable they are of expressing this towards someone special. INTJs know how to place a nice date and can often put something together which will really wow their partner. They simply don’t place their effort in this area, because it doesn’t seem all that practical. The INTJ who is willing to recognize that people often need a bit of romance, will do much better being able to find their own ways of expressing their romantic intentions towards someone. They can actually have a way with words if they think it through and really process what the other person is looking for. INTJs who learn that practicality is not seen as romantic to others, will be more capable of adapting and finding ways to be more sincerely romantic. The INTJ really does care about their loved ones, they just don’t naturally find themselves wanting to express it in the typical romantic ways. They have their own idea of romance which is often doing kind things for someone, and working hard to solve their problems. Their logical minds tell them that being practical is often more romantic than trying to be expressive and dramatic about their feelings. While it isn’t always the general idea of romance, their partners should take into consideration that when the INTJ is supportive and always trying to help them achieve their goals, this is the greatest expression of romance and love for them. As well as wanting to spend most of their time with this person, as INTJs often prefer to be by themselves. When they sincerely want to be around someone, this really means a lot and shows that the INTJ cares deeply for them. It might not always be easy trying to get the INTJ to express their inner romantic, but in truth they are loyal and giving partners.