What You Should Know About the Male ISTP Personality 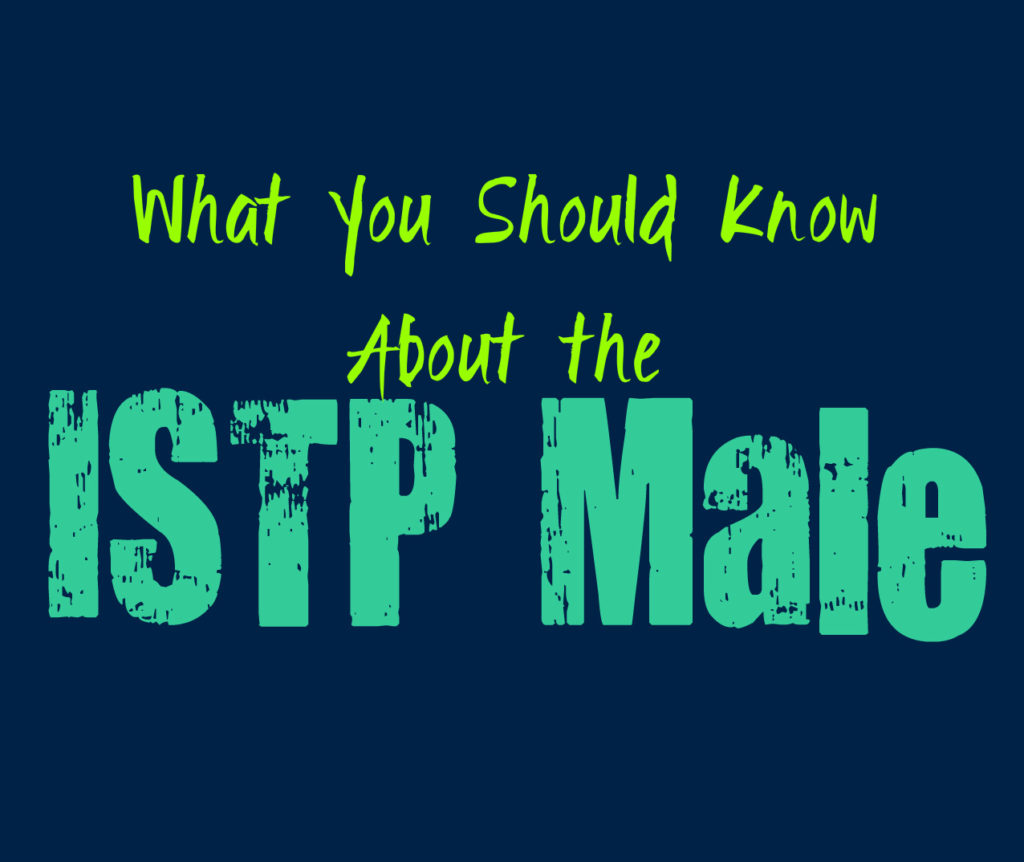 What You Should Know About the Male ISTP Personality

ISTPs are certainly well-liked and charismatic individuals, especially the ISTP male. He has a strong sense of who he is, and knows how to truly enjoy life. Here are just a few things you should know about the ISTP male personality.

They Favor Logic Over Emotion

ISTPs are naturally logical people, who put their analysis well above emotions. They have a hard time sensing emotions in others, as well as themselves. They simply believe in focusing on facts over feelings which are unreliable. ISTPs enjoy analyzing information, making them skilled problem solvers. ISTPs understand facts and prefer to analyze until they know everything about the information in front of them. When it comes to emotions ISTPs can become frustrated, since there is no logical way to understand them. They prefer things they can predict and completely comprehend, with emotions it just isn’t so easy.

ISTPs do care about their loved ones and don’t want to see them unhappy, they simply don’t know how to properly react when they are upset. ISTPs would prefer to find logical ways to solve their problems, something they can tangibly change. This can be hard for the male ISTP when it comes to making romantic connections, since over time their loved ones might expect more from them. They often become better at emotional connections when they get older, and learn how to balance things.

Yes, They Are THAT Cool!

The ISTP male often comes with an image, a certain James Dean-esque quality. They have a way with charming their love interests, and know how to keep people on their toes. Their sense of mystery only adds to their appeal, making people rather awed by them. The ISTP male definitely has a certainly special charisma combined with an enigmatic quality, which makes them difficult to resist. People are drawn in by them, and are curious by their many unique qualities. The fact that the ISTP male gives off an attitude like they don’t have a care in the world, makes them unbelievably cool people.

The ISTP knows how to live in the present moments, and doesn’t let themselves obsess over the negatives. They try to keep to themselves most of the time, and enjoy being inside their own minds. This actually helps create a stronger appeal towards the ISTP male, which makes them likable people. Oddly enough the ISTP enjoys being by themselves, and needs plenty of alone time in order to feel at ease. Most people simply do not keep their attention, and even drain the ISTPs energy. They enjoy being able to have plenty of space, and are naturally very independent people. Their independence also lends to their rule breaking nature, which makes the ISTP even more mysterious. They dislike following any kind of structure, and prefer to be free to make their own choices.

They Aren’t Incapable of Settling Down

ISTP males can have a stereotype attached to their personality, which basically implies that they are incapable of settling down. ISTPs do have a somewhat wild and passionate nature, and enjoy exploring new things. They want to seek out excitement, and hate staying stuck in one place for too long. They want to feel free to take on new things, and let themselves soak up everything around them. The ISTP enjoys living in the present moment, and does not want to get caught up on the past. This desire to live in the present can sometimes make it difficult for the ISTP to settle into one place, or even one relationship. They enjoy newness, and can become bored if they don’t feel stimulated.

The fact that the ISTP does not want to be stagnant, does not make them incapable of settling down. As they get older they have often spent enough time discovering what they do and do not enjoy in life. This helps the ISTP get a grip on the things that they value most, and realize how to develop a sense of balance. ISTPs can certainly settle into one career, once they have found something that continues to excite and challenge them each day. There are jobs that the ISTP can find themselves committed to, especially if they keep them growing. ISTP males are also perfectly capable of remaining committed in a relationship, they simply won’t do so until they have found someone who is right for them. ISTPs simply want to find a companion who challenges them, and helps them be a better version of themselves. They don’t want to settle for someone who isn’t a good fit, and will take their time searching for something that truly makes sense. They often use logic to approach their relationships, but they are perfectly capable of finding someone to share their lives with.

They Don’t Have it All Figured Out

ISTPs often give off this sense like they haven’t got a care in the world. It often appears like they have life pegged, and have figured out how to really live. Of course the ISTP does have worries and concerns in life, they just know how to keep themselves from freaking out about it. Instead of obsessing over things they cannot change, they learn to take life as it comes. They become stressed just like any other person, but they try to maintain a sense of realism to stay calm. ISTPs look to logic in order to solve life’s problems, instead of letting their emotions take hold of them. They want to be sure that there is actually a reason to be concerned, and dislike being pulled into people’s emotional drama.

Even though ISTPs don’t have it all figured out, they do know how to enjoy life. They live every second with a sense of adventure and passion, and simply make their own choices. Instead of letting people tell them what they should think or feel, the ISTP male decides for themselves. This sense of independence and strength, often makes them even more appealing to others. The ISTP male’s greatest struggle, is often their lack of emotional awareness. This is something that simply takes time and a willingness to grow, in order for them to develop their weaknesses. ISTPs enjoy growth, which often helps them work on themselves and their weaker points. Ultimately the ISTP male is intelligent, strong and open-minded, making them enjoyable people to have in your life.

Here’s Why ISTPs Might Just Be The Coolest Personality Type

Introvert Problems: 11 Problems Every Introvert Has Dealt With