What It Means To Be An INTP Female 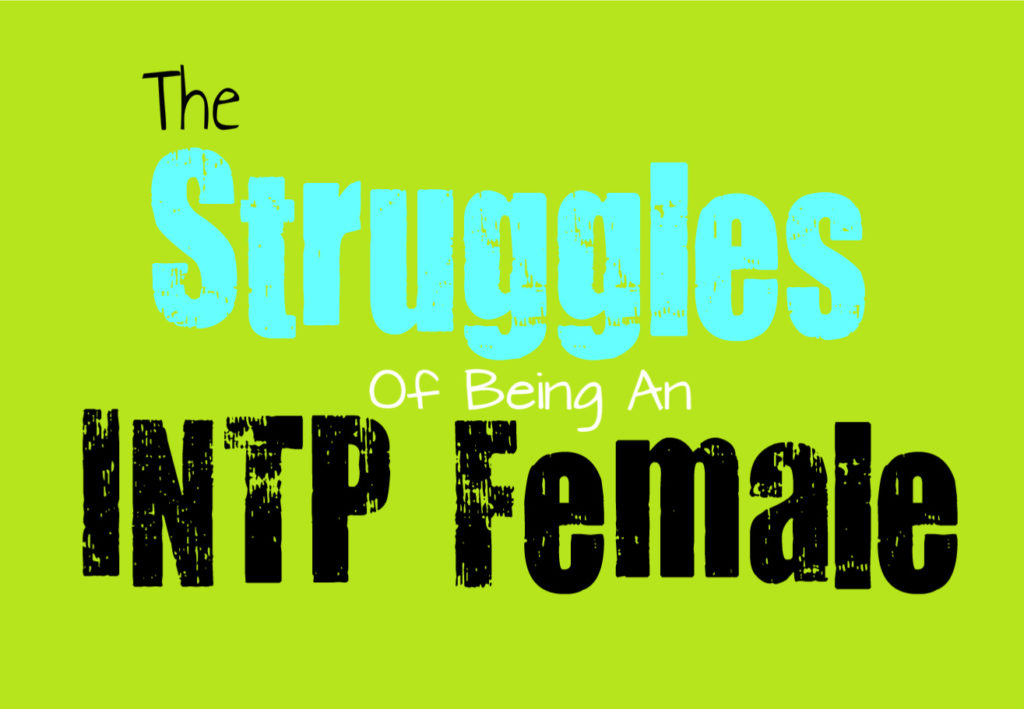 What It Means To Be An INTP Female

INTPs are a rare personality type, but INTP females are even more uncommon. Being unique in this world can be a challenging thing, especially when you do not fit into the tiny box that society has created for you. INTP women certainly do not fit into this box, making them their own unique breed.

Their Logical Minds Separate Them

INTP women and INTPs in general, often feel separated from the norm because of their logical way of thinking. They might struggle to feel understood by people who do not see the world through the same lens that they do. They strive to understand everything around them, and want to break down and analyze their surroundings. This is hard for INTPs because they are constantly living inside their rich inner minds, sifting through new thoughts and ideas. This makes them very intelligent people, but can sometimes cause them to feel alienated from others. In many cases they don’t mind, since most people probably get on their nerves anyways.

INTP women specifically struggle with this because society doesn’t necessarily favor women of logic. There can be times when they are expected to be more focused on emotions, when they are spending their time focusing on knowledge and learning. They are naturally intelligent people, but they continuously strive to understand things even better. This trait is something to be admired, but especially at the age of a younger woman this can be difficult. INTP women may struggle with the idea that they should behave more feminine, and be more connected to emotions. This stereotype can be rather exhausting for an INTP, especially since many INTP women do not lack feminine qualities. They simply do not drench themselves in the stereotypes that are placed upon them. They prefer to be themselves, without being told exactly how they “should” behave. Their logical minds make them incredibly fascinating, and highly deserving of praise.

Sometimes They Struggle to Connect With Other Women

Sometimes INTP females will struggle to truly connect with other women (or people in general). Being somewhat different from the norm can cause them to feel misunderstood often. This feeling like other females simply do not appreciate them for who they are, will cause the INTP do separate themselves. They will often prefer to be alone, or to be with other like-minded people. It can be rather difficult for them to find people who are similar to them, especially other females. It doesn’t mean they do not desire to find connections with other women, they simply struggle to be understood. This can cause frustrations on both ends, and ultimately leads to them avoiding people.

The struggle often lies in the activities that the INTP enjoys participating in. They often will not want to do the same things that other women enjoy, this can especially be an issue at a young age. It is important for them to search many different avenues, so that they can find people with common interests. This connection will help the INTP female feel more understood and appreciated. Having this connection will revive them in many ways, and help them feel at ease in their own skin. Of course, anyone who requires too much attention will become draining to the INTP- so it is important to find friends who understand this about them as well.

INTPs women are not emotionless, but they are extremely independent individuals. They enjoy having their own time and space to themselves to think and process the world around them. They do not want to be forced to respond in the way that other people want. Being an introvert in general can be difficult, but INTPs often need more alone time than many other introverts do. They enjoy having long discussions with people who understand them, but eventually they need time to themselves. Their independence is a great quality, especially since they strive to take care of themselves. INTP women want to be respected for their efforts, and will often work very hard to tend to their own needs, especially their own emotional needs.

Many women are naturally connected to emotions, which can be difficult for the INTP female, who simply does not lead with emotions. They are not robots, and do of course have very deep and real emotions- they just do not express these easily. Most people are used to being around women who are emotionally expressive, as well as emotionally supportive. This stereotype can cause the INTP female problems, especially at a younger age. Before they have spent time developing their feeling function, the INTP female will struggle to connect with the emotions of others. This can lead to frustrations on their end, as well as with their close friendships. In romantic relationships this can sometimes be difficult, since in most cases people expect women to be more emotionally aware. INTP women simply do not have that natural connection to their emotions, and may even struggle to understand what they are feeling.

The Hardest Struggle is Peoples Expectations

One of the biggest struggles for any INTP is the expectations that people place on them. They dislike being forced into anything, and prefer to take things at their own pace. This is a struggle for INTPs in general, and especially INTP females. They simply do not fit into the normal image of what a woman should represent- they are strong, independent and logic minded. They hunger for knowledge and work to understand the world around them as best they can. Being intelligent can be challenging in a world filled with ignorance, but being an intelligent woman is even more of a struggle. They certainly aren’t the types to throw a pity party for themselves, and would much prefer to handle their problems on their own. Being this type of independent can be confusing to other people. They do not need to lean on others in order to get by, and simply require peace to get things done.

INTP women may be rather rare and unique, but they also have warm hearts underneath the wall of logic that they show to others. Anyone who is wise enough to give them a chance, is definitely in for a treat. Someone who does not fit into the stereotypes of society is truly a person to be admired. Sometimes the world can be a challenging place, filled with other peoples desire to force their opinions onto you. INTP women stand up for themselves, and oftentimes will go against the grain. They do what they believe is right, and will make their own choices without someone telling them how to think. This often makes the world a challenging place for them- but it also makes them incredible individuals.