The Best Halloween Costumes For Each Personality Type 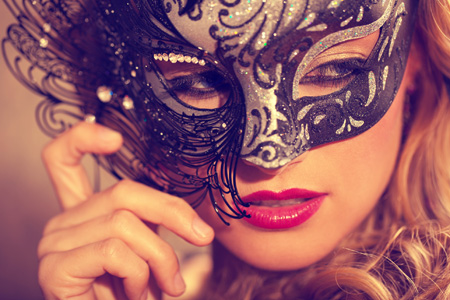 The Best Halloween Costumes For Each Personality Type

Not everyone enjoys the dressing up part of Halloween, but others relish in it. Here is your chance to find out which Halloween costume perfectly represents your personality type.

ENFJs love helping others, and might have a bit of a nerdy side. The chance to dress up as their favorite, empowering superhero character is perfect. They can feel like themselves, while at the same time appeal to the crowd a little bit. It allows them creative leeway, but also fits their personality perfectly.

INFPs are probably extremely excited for the Halloween season. They love the chance to be creative, and enjoy the spooky fool of Halloween. They want to immerse themselves in the aura of Halloween, so being able to dress up as something spooky is perfect for them. They can be creative with this costume and make it as sexy, or as scary as they want.

The chance to explore a different decade, and dress up as something retro and kick-ass, is perfect for the ENFP. They can dress up as a super cool 80’s themed rock star, making them stand out from the crowd. Of course they wont just buy your typical wholesale costume, since this is a perfect opportunity to be creative.

This costume is a little bit nerdy, but also very cool. INTJs probably aren’t the most eager type to dress up for Halloween, and may even find the idea laughable. If they do decide to dress up, the Star Wars Storm Trooper costume is a perfect fit. Instead of the typical tight fitting chick costume or lame guy costume, this is a unique and fun costume for the INTJ.

Giving them the chance to wear something representative of a different time, while also playing the role of a leader, the Roman Emperor Costume is perfect for the ENTJ. It’s a little silly and fun, but also interesting and unique. This costume will make the ENTJ stand out and their friends will definitely love it.

We couldn’t really see a better fit for the INTP. This costume can be as silly or as serious as they want to make it, but also doesn’t take that much energy to put together. It fits their analytical and unique personality, giving them a chance to poke fun at their sometimes overthinking ways. It’s a little goofy and still stays true to them.

Beetle-Juice isn’t the most typical Halloween costume, but it’s a hilarious option for the ENTP. It is somewhat clownish and yet gives them a chance to really dress up. Initially we considered zombie for the ENTP costume, but that was just a little too ordinary for them (although I’m guessing many of you have tried that one before). Beetle-juice is funny and will entertain their friends.

ISTJs enjoy order and duty, making the solider costume a perfect match for them. They get to feel a little bad-ass, and maybe even a little sexy in this costume, while still being traditional. It’s a costume they can feel comfortable in, but also take part in the fun tradition of Halloween.

ESTJs enjoy duty and tradition much like the ISTJ, and will enjoy the Cop costume for Halloween. Maybe even bringing along a criminal date to double with them. It is a traditional costume, but an always fun and reliable go-to. It can be done in a very serious and correct way, or maybe a dressed up to be a little sexy and fun. 😉

ISFJs enjoy serving others, but also enjoy looking good for their friends. The flight attendant costume is sexy and fun, and has a nice element of tradition to it. Flight attendants work in a career tending to others, which is exactly like the ISFJ. This is a fun and stylish costume that the ISFJ will love.

Initially we mused over the option of a Barbie costume for the ESFJ, but eventually decided on the Naughty Nurse. This costume is fun and a little bit sexy, so that the ESFJ can stand out and look good. The idea of a nurse fits their caring and giving personality, but adding the naughty aspect allows them to have a little fun with it. 😉

ISTPs probably don’t want to spend too much energy working on a Halloween costume, if they even do decide to dress up. If they do dress up, it’s probably because somebody forced them to. So the criminal costume can go great paired with a cop costume, worn by their date who is most likely the one forcing them to attend. It’s fun and can be dressed up in a different ways if they so wish.

This gives the ISFP a chance to dress as something unique and fun. They can be a bit sexy with it, while still enjoying the feeling of dressing as someone else. It also allows the ISFP to be comfortable, while appealing to their friends. Everyone will love this costume choice, and so will the ISFP.

ESFPs probably love the costume aspect of Halloween the most. They get a chance to dress up as something fun and sexy, while being the center of attention. Dressing up as a sexy pop star, is just the ticket for the fun-loving ESFP. They can remain comfortable to drink with their friends, while at the same time being modern and attractive.