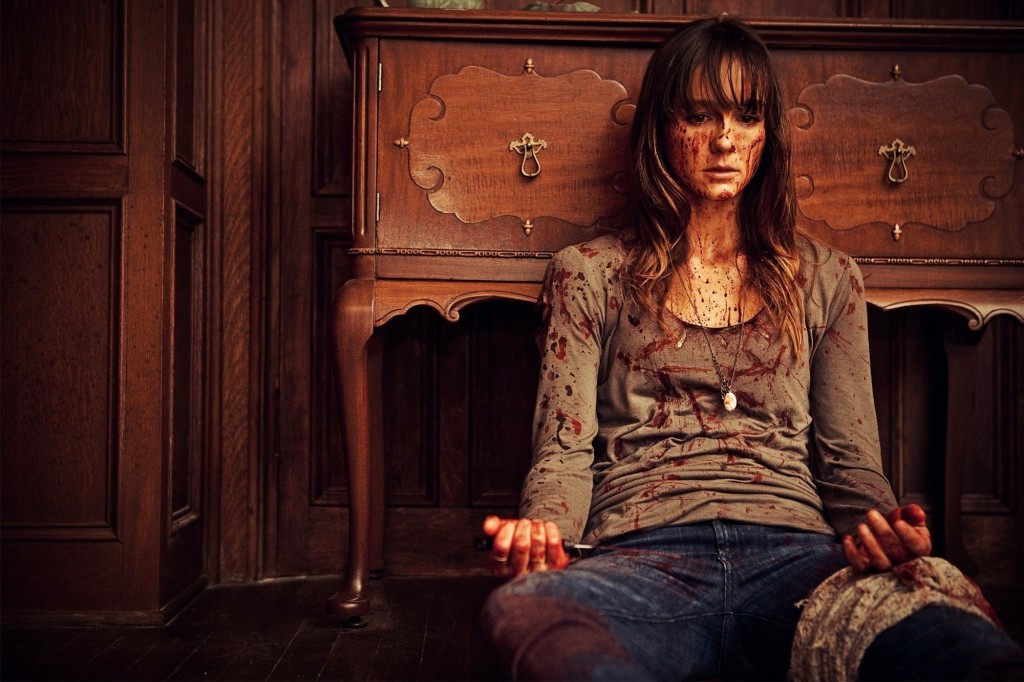 Are you the brainy nerd? Or maybe you’re the ditsy blond? Your basic horror or slasher film, has a set of rules to be followed and a set of stereotypical characters. Most of these characters meet their untimely demise, since surviving a horror movie is no easy feat. Take care to remember that almost every horror movie cliche is offensive and annoying, so don’t read this if you tend to take things too seriously. For the fun of it and since Halloween is just around the corner, we decided to comprise a list of horror cliche characters that fit each personality type.

This character is usually the one who has been through this mess before. They know what is coming, and try desperately to warn everyone. They survived before and have to bare the scars that go along with it. They may be the outcast because they have a mysterious and somewhat creepy vibe to them that makes the others avoid them. In the end though, they are the one that the group comes to for advice or help. This character may survive because of their knowledge, since they probably already came from the original movie.

This character often stands out and wants to protect others. They have a kind heart and are very sacrificial. They are smart and work to find ways of defending the group. They are willing to stick their neck out for the sake of others, and it ultimately leads to their demise. They show themselves to be a strong and intelligent character, but they just can’t win in the end.

This character is usually the lone survivor of the group. They are innocent and “virginal” making them a prime candidate for survival. They have a strong moral code and because of this they do not break any of the horror movie rules. They may start out frightened and uneasy because they are one of the first ones to realize something bad is happening. Near the end of the film they become strong and empowered, and ready to kick some bad guy ass.

ENFP- The Chatterbox or Inquisitive One

This is the character that really doesn’t know when to shut up. They are constantly blabbing about what is going on, and are just a bit too enthusiastic about the situation. They are constantly questioning everyone’s motives and wondering why everyone is being so stupid about the situation. They are probably the one to ask “who’s there?” when the killer is around. They end up veering off on their own out of simple curiosity, which gets them killed.

This character is the stereotypical nerd, and is somewhat smug about it. They are intelligent and top of their class, making them survive longer than some of the other characters. They attempt to figure out a strategic way out of the mess they are in. They end up wandering away from the group because they think most of them are stupid. Of course wandering off is a rule not to be broken, so they end up dead.

This is the character who has a strong authoritative presence. They attempt to take charge of the group, and are seen as a bit too bossy in the end. When they attempt to step up, no one really sees the need to challenge them, since they seem to know what they are doing. They come up with an intelligent plan to get out of the mess they are in, but end up dead anyways.

This is the nerdy character who somehow knows everything there is to know about what ever monster or killer is after them. They have read the stories and know all of the tales that are tied to the murderer. They attempt to explain the “rules” to everyone and know just how to survive, but like in most horror films nobody listens until it is too late. They usually make it towards the end of the film, and may even be lucky enough to survive with a few bad wounds.

ENTP- The Funny One

This character is constantly cracking jokes, even during the worst moments possible. They make light of the horrible situation, and always have the perfect pun-filled one-liner to make the audience laugh. Everyone else probably finds them obnoxious, since everyone around them is being murdered. This character ultimately dies and it is the punch line to some hilarious joke.

This character usually doesn’t live long. They are constantly doubting the existence of a killer or supernatural presence. They believe that everyone around them is completely insane and stupid, and they aren’t about the fall for it. Unfortunately, their lack of belief is what gets them killed. They probably go out alone to prove to the group that everything is fine, and they get killed.

This character seems to think they know everything. They are daring and pig-headed and want to tell everyone just how to survive. They are brave and probably very good with a weapon. They either die in the beginning trying to show off in front of the hot chick, or die later from stupidly challenging the killer.

This character is the one who doesn’t want to leave the house or whatever location they are at. They become petrified of venturing off and refuse to leave even when the group tries to force them. They end up staying behind and this of course gets them killed. They may survive for a while if the killer goes after their friends first, or they may die as soon as their friends are forced to leave them behind.

This character is probably dating the jock or a more “normal” character. They are somewhat smarter than “the dumb blond” and usually have a sarcastic and bitchy attitude. They are the character put in place for eye candy, just in case the story-line becomes too boring. They most likely die right after their boyfriend, probably after the couple have sex. Which any horror movie expert knows, gets you killed every time.

This character is often (but not always) a total jerk. They are the popular jock who thinks they are too cool to be killed by the bad guy. They have a cocky and obnoxious attitude and end up getting killed because of it.

This character is usually very sweet and quiet. They might be the first character to die in the opening scene. They try to connect with the killer and make them sympathize with them. Their begging and pleading never works, so they end up dead.

The dumb blonde is too stupid to survive the horror movie. They are usually popular and pretty, but not smart at all. Their personality is entertaining because they always have something ditsy to say. They are probably the whorish character, who flirts with everyone. They ultimately panic and try to run away from the killer, which gets them killed.