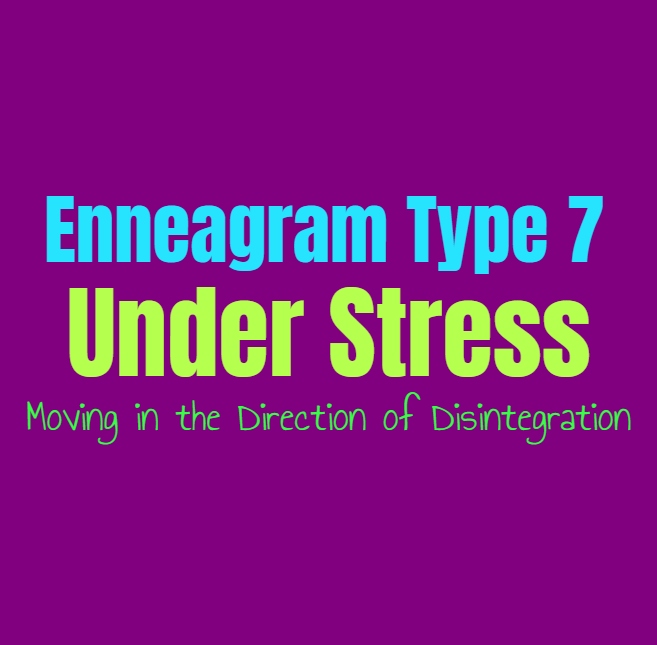 The type 7 personality is very enthusiastic and excited about life and new experiences. They enjoy jumping into things, often being seen as spontaneous but at the same time they value being practical. They have an enthusiasm and excitement for things, wanting to really allow themselves to dive into whatever ignites their passions. They have a somewhat childlike enthusiasm which makes them fun-loving and charismatic people. They look at the world with a sense of wonder, instead of a cynical and jaded mindset. Their minds are constantly jumping from one thought to the next, and can be very intelligent people. They have an inner desire to explore and learn about the world, and this is often what drives them in life. Without a sense of adventure and an ability to explore their curiosities, the type 7 individual would feel empty and trapped. They believe that people should be able to follow their dreams and passions and don’t want to be held back. They are fast learners who enjoy being able to take on new projects and ideas, never feeling fully sated and always wanting to keep exploring new things. They have sometimes restless personalities, and are seen as the life of the party because of the way they are always coming up with new ways to have a good time. They are often more caught up in possibilities and enjoying their experiences, not wanting to become too weighed down by responsibilities and chores.

When the type 7 personality is dealing with times of serious stress they can start to shift towards disintegration. This causes them to behave much differently than they ordinarily would, and so it can be confusing for them as well as their loved ones. The normally fun-loving and charismatic seven, can start to become focused on getting things done. Since they may have neglected certain tasks for the sake of enjoying themselves and living in the moment, they start to want to catch up on these responsibilities. They look towards the goals they want to accomplish and become driven to finding ways of making them come to fruition. They can become much more critical towards loved ones, wanting to show them the more efficient ways to do things. They can appear like they are being controlling or attempting to teach them the “right” ways. This is something most people aren’t really used to with them, since they expect the seven to be more laid-back. They normally prefer to keep things fun and avoid being harsh towards others. When they are in disintegration mode, they behave more critically and seem to really want to get things done. They can become frustrated, struggling between wanting to find distractions to take their mind off their struggles and just wanting to become laser focused on getting the job done. It can cause them to appear all over the place, going from burying themselves in things they enjoy to just wanting to set themselves to working and finishing their important projects in an efficient manner.

Instead of allowing themselves to become impatient and jump from one thing to the next, the type 7 can benefit from taking a step back. When they become overwhelmed and are experiencing higher than normal stress, it can be best to try to decipher their feelings and thoughts before jumping into anything. Instead of allowing boredom to take over, they can benefit from analyzing their situation so that they can be sure they aren’t avoiding something which is bothering them or stressing them out. Sometimes just jumping into new things can be the root of their stress, as it causes them to avoid things and allow this to pile up over time. If they can learn to take a moment to look at themselves and their own feelings, it can help them uncover whether or not they have things they need to be addressing in their lives. Slowing down once in a while is something the type 7 individual needs to learn how to do, as this can help them avoid those overwhelmingly stressful situations which send them intp disintegration.