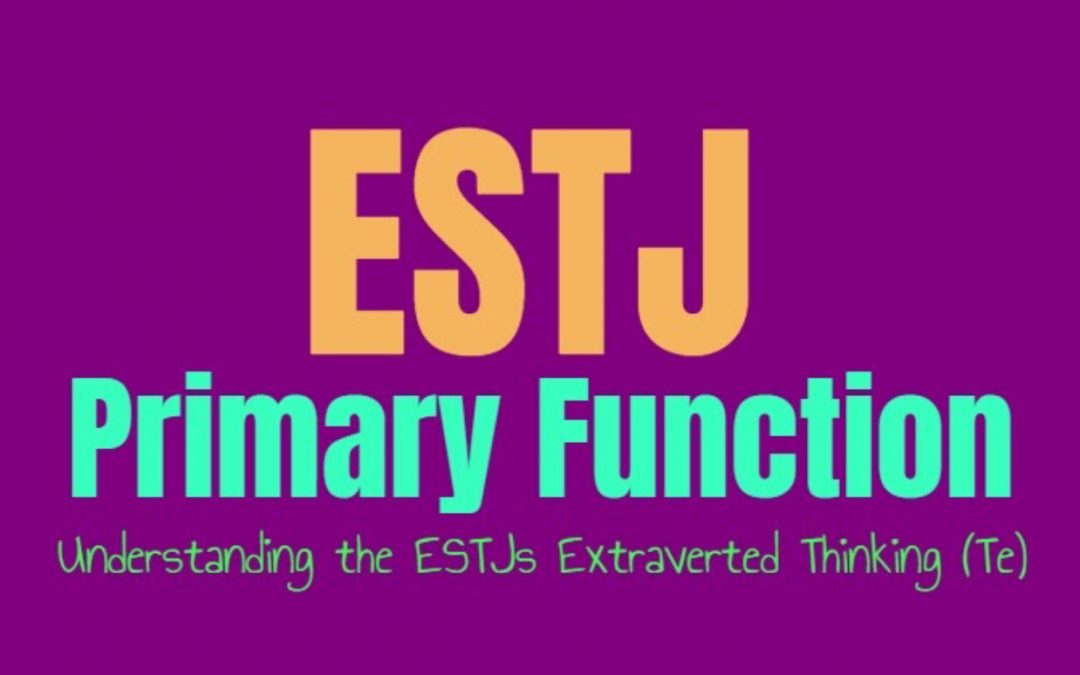 ESTJs are often outgoing and driven people, who value being an important member of their community. They care about getting things done efficiently and don’t want to be viewed as someone who fails or is incompetent with anything they do. They care about being able to be as efficient as possible and this is something which comes from their dominant function, their extraverted thinking or Te. This is a strong part of the ESTJs outward appearance and behaviors, making their primary function one which definitely stands out the most to the outside world. While their other functions play an important role in aiding their Te and how the ESTJ responds to the world, it is important to dive deeper into understanding all of these functions. The ESTJ is definitely strong-willed and focused because of this extraverted thinking, which makes it a big part of how others view and understand them.

Extraverted thinking or Te can make the ESTJ appear rather forward and aggressive when it comes to problem solving. They don’t handle inefficiency well and can become short -tempered with people who seem lazy or incapable of getting things done the right way. ESTJs don’t mind if someone is willing to learn, but become frustrated by people who seem to be ignoring their instructions and won’t learn from their mistakes. Their Te makes them rather direct people, which can be intimidating to those around them. When they want to say something the ESTJ is rarely afraid to be honest and to the point with their words. At times this can seem a bit too harsh and void of emotions, but the ESTJ does favor facts and practicality over feelings when it comes to getting things done. Their extraverted thinking makes the ESTJ somewhat goal-oriented, wanting to get things done and focus on achieving the goals which are most important to them. They are not afraid of going after what they want, and don’t like just wasting their time thinking about what could be. For the ESTJ just waiting around for something to happen seems completely foolish, and they would rather take action when they know what the best path is for them.

While Te helps the ESTJ to understand data and focuses on facts, their Si is also an important function for them in aiding the use of this Te. Their secondary or auxiliary function is their introverted sensing or Si, and this helps the ESTJ to catalog facts and details from the past. They become very focused on proven methods, looking back towards things which have been successful for them and prove to be the right means of getting things done. Their minds work to categorize the information and perceptions they gather from the outside world and people around them. This is an internal way of organizing what they discover and helps the ESTJ to learn from their past experiences. If something went poorly in the past, they won’t want to reuse this method and instead will want to improve upon what they are doing. ESTJs value traditions and care about ensuring that they are getting things done the best and most efficient way possible. While their extraverted thinking is their primary function, the rest of the ESTJs functions are important in aiding this Te. They are very driven people who don’t allow themselves to become caught up on analysis, instead they care about taking action.