INTP Loss: How the INTP Copes With the Many Forms of Loss 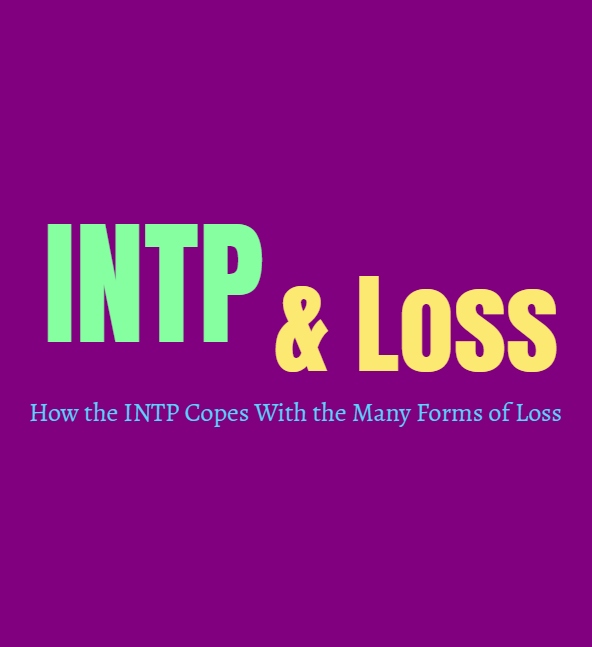 INTP Loss: How the INTP Copes With the Many Forms of Loss

INTPs have a natural tendency to try and make sense of everything and turn to logic rather than emotions. While this is something which can certainly be useful, it can also make it challenging for them to properly cope with negative emotions. They can definitely find ways of moving forward on the surface, but sometimes this comes from burying those feelings and pretending that they aren’t there. Loss and grief is something which hits everyone, and INTPs do experience emotions rather strongly they just don’t know how to easily process or understand them. The fact that they might not try to deal with these feelings at first, will likely cause them to resurface later down the line.

For the INTP accepting loss is something they seem to be good at on the surface, since they can be rather stoic and logical. INTPs don’t want to allow emotions to weigh them down, and so really experiencing these feelings isn’t often the first step for them. They don’t necessarily accept the loss in the emotional sense, instead they try to accept it logically and practically. They look at the reality of the situation, and don’t want to allow themselves to become overwhelmed by it. This isn’t because the INTP is not hurt or upset, it just isn’t easy for them to dive into those feelings and really accept them wholly. The acceptance part is something which often comes in waves for the INTP, and it starts with a more practical acceptance. Dealing with those feelings on a deeper level, is something which can take a long time for them. While others might deal with grief and loss immediately and begin processing it over weeks, or months or a couple years, for the INTP it can take a lifetime depending on the severity of it. This also depends on the INTPs age, and where they are in their stages of personal growth. When they are younger they likely won’t want to deal with the emotions of it at all, and would rather turn to logic and reason instead.

The INTP might turn to researching and spend time trying to understand their loss this way. Learning and trying to gather information is just natural for the INTP, as this is one of their strengths. For them this is the first line of acceptance, even though it might not be something which helps them heal right away. For some people it is a quicker process, for the INTP it is just something they need to handle on their own terms. If they are coping with a very serious loss, then they don’t need to do this the way people expect or want them to. This doesn’t mean INTPs don’t need help along the way, even though they likely won’t ask for this.

The INTPs mind will go to the most logical steps and how to deal with what has happened. They try to strategize and find practical means of coping and dealing with what they have lost. Coming up with a plan and finding ways to move forward is just what comes naturally for the INTP. As they are highly introverted people, INTPs likely want to retreat when they experience loss, especially something more serious and painful. Being on their own is more comfortable for the INTP and is what helps them deal with everything going on inside of them. While INTPs might not understand their emotions, they still feel things very deeply. Sometimes they experience emotions on an even deeper level than those around them, they just don’t process them in the same ways. Sometimes the best way for the INTP to cope at first, is to try and be logical rather than emotions. Of course this isn’t something which can last forever, as pushing aside those feelings will likely fester and the INTP will have to deal with them eventually.

INTPs often want to retreat and deal with things on their own, but they do need to have people around them. Sometimes for the INTP the best way to show support is just by listening, allowing them to share no matter how long it takes them to express themselves. If they feel impatience or like they are boring someone, then they will immediately retreat and will lose that sense of trust and openness. They need people who are willing to hear them, without trying to push them too far. INTPs want that sense of warmth and support, even though they don’t really know how to ask for it. The best thing for them is just feeling someone who cares, without that person having to ask questions or push them.

Moving on in a more practical sense of natural for the INTP, since they know how to keep moving and progressing. They don’t enjoy stagnancy and so they often appear more capable of moving on. That doesn’t mean they have actually let go though, and this is why it takes longer than people realize for the INTP to actually process and deal with their inner feelings and emotions. When they have felt a great loss INTPs need time, and they need to deal with it in steps. They will do best to be aware of this, and not be unaware that they will likely experience the emotions from their loss more than once throughout their lives. When these feelings emerge they can be overwhelming at first, and so it is best if the INTP does prepare themselves for this and is capable of turning to people they trust.