INFP Jealousy: How the INFP Copes with Jealous Emotions 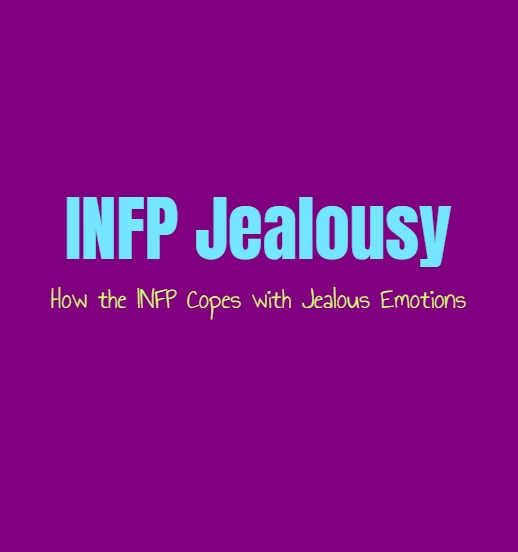 INFP Jealousy: How the INFP Copes with Jealous Emotions

When it comes to feelings of jealousy certain personality types might be more prone to these situations and emotional responses. INFPs do have a tendency to idealize people and situations, and so this can sometimes create a more jealous response. Having this idea in their minds about how things should be, sometimes causing tension for the INFP when it doesn’t necessarily turn out as expected or hopes. While INFPs don’t want to be seen as jealous people, they can certainly experience these emotions since they are naturally such passionate people.

INFPs have plenty of things which can cause them to feel jealous, a big part of it is their powerful sense of emotions. They are passionate people who really want to allow themselves room to experience excitement and really dive into their emotions. Because they love so deeply, this can cause the INFP to be a bit more prone to jealous responses. It isn’t something they do intentionally, but they can’t entirely prevent this. They don’t do things halfway, and so once they open up their emotions they can’t really close themselves off from them. When they care about someone it does make them more capable of being jealous over their actions, or feeling alienated from this person.

INFPs can also experience jealous when they view someone from a distance, and feel like they should be achieving the same level of accomplishment. INFPs can be hard on themselves, especially when they compare their own lives to the lives of those around them. This can really cause strain for the INFP and they might try to avoid this person because of the way it makes them feel. When they see someone achieving the goals they want to accomplish, it can cause the INFP to feel like they have failed and this can be something they turn inward. When they are feeling jealous of those around them, they start to see themselves as failing and can take this hard. They might go through stages of secluding themselves and this can cause them to lash out at those around them without meaning to. When the INFP compares themselves to someone else it can be a slippery slope for them, and they need to take a step back and realize what they have actually accomplished in their lives. They have their own process to how they do things and trying to be like someone else is only going to make them feel envious and isolated.

How Do They Cope

INFPs often try not to let these jealous feelings overtake them, so they attempt to hide them from others. They don’t want people to get upset with them for feeling a certain way, especially if they have had negative reactions for it before. INFPs want to avoid being viewed as someone who is constantly jealous of those they love, and so they will likely attempt to seem comfortable and laid-back about the situation. Instead of showing their jealousy they attempt to avoid it or push it aside, which isn’t the most useful choice for the INFP. They do this because they don’t want to upset others or make it seem like they are being irrational. INFPs don’t enjoy making other people feel uncomfortable, and so there are times when they might attempt to avoid the negative or the sense of discord.

Since INFPs are so focused on their emotions, burying them is really never the right choice for them. They feel things too deeply to just push them inside and pretend like everything is fine. It is best for the INFP to take the time to dive into these feelings, so that they can understand them better. The more they try to process their emotions, the more likely they are to reach an understanding about why they are feeling this way. The INFP simply needs to take time to understand themselves and their motives, without trying to blame someone else for them. When they can process these feelings by themselves, they can work towards a more useful resolution. They need to know when to take a step back and trust in their own instincts, especially when they are jealous over something that seems so insignificant.