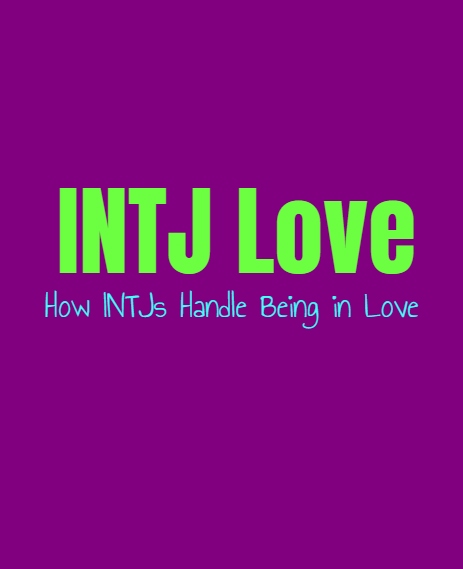 While we all fall in love differently there are some types who might be a bit more hesitant with the process. They don’t necessarily dive into romance and would rather try to make the process feel more logical and like a choice. Love isn’t easy for everyone, and allowing themselves to experience these emotions can sometimes be stressful. For the INTJ love might be something they value when they do find it, but this doesn’t mean that they are actively searching for it. They are logical and factual people who prefer to make their choices based on these things, rather than basing it on their inner emotions.

They Can Be Hesitant of Emotions

INTJs don’t want to lead with their emotions and so for them the idea of falling in love can seem a bit too involved in feelings. They don’t want to make choices without using logic, and so they try to process things on their own terms. While some might dive into love without second guessing it, INTJs don’t like doing anything without really thinking it through and being sure about their choices. When they do realize they have developed strong feelings for someone, they want to take a step back and analyze this. They believe in processing the more logical aspects of the situation as well, and want to consider if they are truly compatible with this person.

This might seem to lack a sense of romance to some, but for the INTJ it actually is romance in their own way. This is because the INTJ is really considering this person as someone they can be with, and so they want to be sure about it. When they are trying to really think it through and figure out if the connection is right, then that means the INTJ sees real potential in this relationship. This often mean they are looking at things in a long term way, which is a big deal for the INTJ. They take their commitments seriously, and wouldn’t be taking the time to think about these details if they didn’t see something real with the person they have fallen for.

INTJs take their commitments seriously, and don’t like just allowing these things to fall apart. When they care for someone they will do just about anything to make this connection work out for the long term. INTJ invest a lot of energy into their loved ones, and want to help them grow and develop. When they are committed to someone it really means a lot to them because they are making this person a part of their lives. INTJs work hard to accomplish their goals and so they want people around them who can grow with them and have a chance to really improve and achieve the things they set out to. Helping someone reach their goals is one of the major ways the INTJ shows that they love someone. They want to help this person become the best they can be, which can sometimes show as if they are being hard on them but this comes from a place of deep caring.

When the INTJ falls in love they do value this deeply and don’t want to just take chances which might lose the person they care for. While they might not seem like the most romantic people, they have their own ways of showing their feelings. INTJs will go above and beyond for someone they love, and will not do anything which might jeopardize what they have. They are actually fiercely loyal people, which is why they don’t commit easily. Once they do make the choice to really care for someone and allow themselves to become close, they will not simply give up on this.

They Are Willing to Argue for the Relationship

While some types avoid conflict in order to make things more comfortable, this is not the way INTJs respond to love. They are more likely to argue about things because they care and want to find a way to make the situation better. They are willing to endure the awkward conversations so that they can make the connection stronger and more meaningful. For the INTJ being able to really talk things out and even argue when something is off, means that they care and really want to work on things. INTJs don’t walk away from the difficult conversations, instead they will face them head on so that they can fix the situation. INTJs are problem solvers and they realize that sometimes a relationship needs to be strengthened so that they can face the future together.

INTJs might not appear to be the most romantic people, since they often use their minds over their hearts. This doesn’t mean that they don’t love someone wholly, they just don’t express this in more emotional ways. INTJs want to make choices by using facts, but in the end they do love someone for more reasons than just practical ones. They care about their loved ones and want to do whatever they can to improve their lives and find ways to make this connection last. The INTJ in love can certainly have romantic ways of expressing things, even if it doesn’t always translate the way most people expect it to. They feel things very deeply even if those emotions run so deep that they aren’t expressed outwardly or obviously.