ENFJ Ghosting: How they Deal with Ghosting People and Being Ghosted 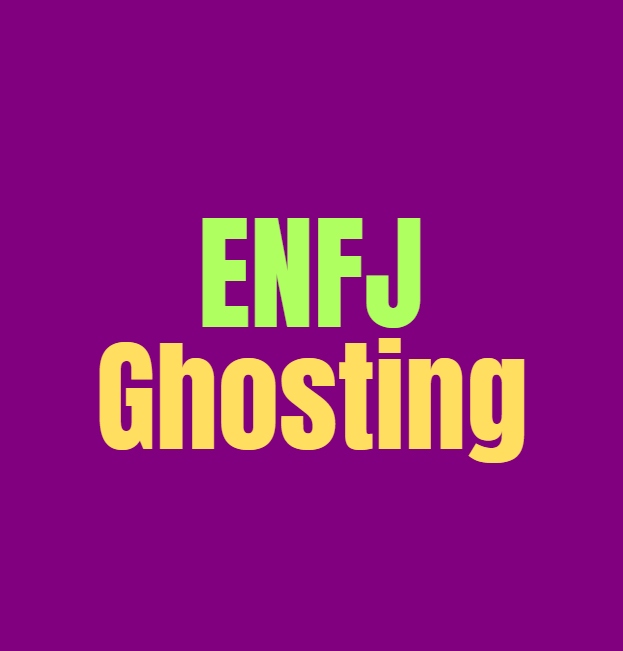 ENFJ Ghosting: How they Deal with Ghosting People and Being Ghosted

ENFJs are often compassionate people who have a hard time turning people down, but that doesn’t mean they are incapable of ghosting someone. For them it is often something much deeper than just wanting to move on, but ENFJs reach a point where they can disconnect from someone completely. When they have to move on it can sometimes feel necessary to shut someone out entirely and they don’t always spend the time to express to them why they are letting go and moving on. They don’t want to hurt people and so ENFJs do try to avoid this, but that doesn’t mean they don’t have a breaking point.

ENFJs have many reasons why they might ghost someone, but there are some instances when they simply want to avoid the upset of the situation. When they feel like telling someone they need to move on will only create stress and an overwhelming response, they might feel it is best to move on. In most cases ENFJs want to be honest with people, but there are times when it might not feel like the right move to make. When the ENFJ sees that someone will only be upset by the truth and it might make things harder to move on from, then it sometimes becomes the only choice they can see to make. ENFJs don’t like dealing with arguments or someone who is upset, and so they might try to avoid this entirely. Since they can feel the emotions of others in ways which are sometimes overwhelming, they want to avoid hurting people. If they feel like divulging their need to move on might hurt someone, it may feel easier to just avoid them entirely and make a clean cut. If they have tried to move on in the past and this person would get emotional, the ENFJ is likely to realize that ghosting is the only option they have. They don’t want to be harsh and hurtful, and so it is the only way they see to break free.

ENFJs do something which is often tied to the INFJ type, called door slamming. While it might be used as an INFJ response, ENFJs do this just as frequently and in the same way. ENFJs will tell someone when they are upset with them or when they are unhappy with how they are behaving. They put forth a lot of effort in their relationships and will work hard to make things right before they decide to move on. They don’t believe in simply giving up or shutting someone out, especially once they truly care for this person. While ENFJs take a long time to reach the point where they door slam someone, it might be hard for people to see it coming if they are ignoring all of the signs. People might think the ENFJ has ghosted them, when it fact it isn’t the same as ghosting at all. When someone ghosts it means they have disappeared without giving a reason or expressing how they are feeling. ENFJs door slam someone but only after they have continued to express their needs and told that person that they will have to leave if things don’t change. When they reach their limit and realize that this person is never going to make things right, the ENFJ will completely disconnect. They will cut this person out of their life because they realize that this is what they must do in order to actually move on. ENFJs have a hard time setting boundaries and so when they do, it often has to be done in a somewhat harsh manner. They will give into someone they love over and over again, which is why the door slam is actually entirely necessary for the ENFJ to let go.

This is something which can be confused with ghosting but they aren’t the same at all, as the ENFJ has likely given reason after reason before they finally decide to disappear from this person’s life. It is not a choice that they make lightly, but once it is made there is no turning back. They won’t make contact with this person and will block them from their lives in every way they possibly can. For the ENFJ this is the only real way to let go and move on, and is something they have to do when someone is making them unhappy or abusing their giving nature. They don’t like feeling as if someone does not appreciate their efforts, and sometimes this means they have to let go completely.

ENFJs certainly don’t handle being ghosted as if it is no big deal, and can become deeply hurt by this. The idea of someone slipping away without explaining why, is troubling. ENFJs will do anything to make their loved ones happy, and so when someone moves on without giving them a chance it can be hard on them. They want to understand why, and if they don’t get an answer they will likely internalize this for a while. The ENFJ might blame themselves, questioning what they could have done to change the situation and make that person stay. If it is someone they didn’t feel close to however, the ENFJ won’t be nearly as upset with being ghosted.