What It Means To Be An INFJ Female 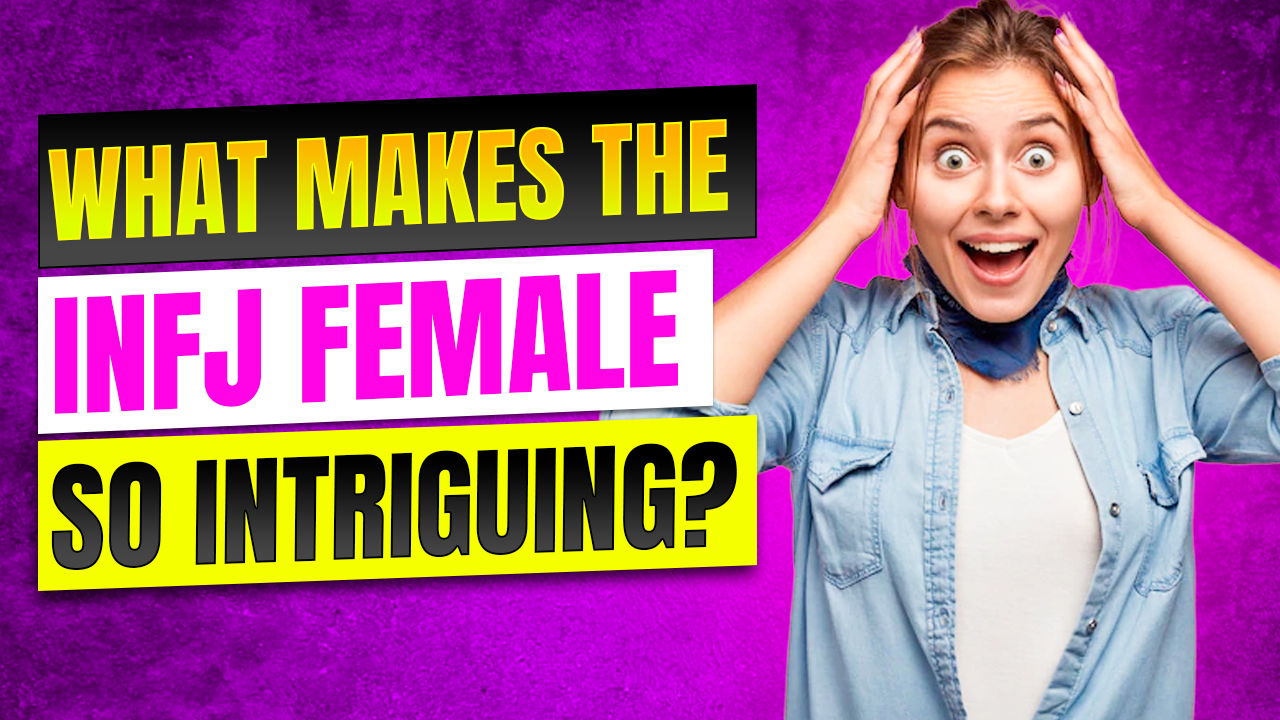 What It Means to Be an INFJ Female

INFJs are known to be very rare individuals, who certainly stand out as different from the “norm”. Being an INFJ has its own unique set of strengths and struggles. Being a female INFJ has even more unique differences, especially when they are compared to many other female types. Here are a few things you should know about the INFJ female.

They Are Warm, But Distant

INFJs are naturally warm people, who possess very large and beautiful hearts. They love very deeply, and often care about everyone they meet to some extent. They want to show compassion and warmth towards the people they love, and are extremely supportive individuals. They are incredible listeners, and will absorb information from those around them even when those people are not speaking. The fact that they are so perceptive, makes them great at giving sincere and helpful advice. They can often help their friends and loved ones figure out the most ideal path, and will help them work through whatever issues they are having.

INFJs give so much of themselves to the people they love, which can be a struggle in and of itself. They will often become drained, and this leads to needing a lot of time by themselves. During these periods of time INFJs can appear distant and sometimes even cold. Even though they are loving people, they also have a flipside to their personalities. They might go through periods of time where their emotional center is feeling drained, and they will appear much less warm than usual.

There are also parts of themselves that they do not wish to share with others, which can cause them to appear somewhat distant. INFJ females can sometimes struggle with feeling a deep love for everyone around them, but also feeling a desire to alienate themselves from those people. This makes them seem rather contradicting at times, which can hinder them in some ways. People might misunderstand this behavior, and make the wrong assumptions about the INFJ female in their life. It is important for the INFJ to find people who are willing to be patient and slowly peel back their layers of trust. They need people who can accept their unique ways, and who won’t misjudge them during those times when they aren’t feeling like pure sunshine and love. They have a dark side, and it is simply a part of what makes them who they are.

They Love People, But NEED To Be Alone

INFJs love the people close to them very much, but they cannot be at their beck and call. They require a lot of time to themselves, which can sometimes be seen as “selfish” by those who do not understand them. In order to be fully supportive and giving to the people they love, the INFJ needs to recharge their internal batteries. Without this alone time, they will become a shell of themselves. This can sometimes be hard for people to understand, especially when it comes to the INFJ female. They often need large amount of alone time, which isn’t always something that fits into the stereotypical view of women. Of course, we know that this view is narrow-minded and completely unfounded, but it exists nonetheless. Not fitting into the norm is a big part of who the INFJ is, but that does not mean it doesn’t come with struggles. The INFJ female isn’t the typical bubbly woman, with a constant need to socialize and be around others. She would much prefer to spend time alone, often diving into the things that she is most passionate about.

INFJ women are often interested in different topics and hobbies, ones that might not fit into what most other women enjoy. They are drawn to things that have depth and meaning, without much desire for shallow activities. That doesn’t mean they are not feminine, plenty of INFJ women possess many feminine qualities and desires. They simply don’t do things because it is what they “should” do, but instead focus on what holds meaning to them personally. This is both a blessing and a curse in many situations, since they certainly dance to the beat of their own drum. INFJ women do not struggle to find other female friends, they simple struggle to find friendships that they desire to nurture. They want to find people to connect with on a real and deep level, and that certainly isn’t something that is easy to find. When they do find the right people though, the INFJ will hold onto them tightly.

They Are Emotional, Yet Very Logical

Something that can often be a struggle for the INFJ female, is that they are both emotional and logical people. They often favor their emotions, simply because they want to be aware of others and considerate of their feelings. At the same time, INFJ women are often extremely logical. It can be frustrating for them, especially when people overlook their capacity for knowledge and understanding. They are often capable of researching various topics, and will learn everything they can about the things that they are interested in. People sometimes underestimate the INFJ woman, seeing them as simply emotional and nurturing types. This error in judgment is often extremely frustrating for the INFJ woman because she is much more than just an “emotional female.” She wants to be appreciated for her ability to understand and learn, just as much as her ability to love and feel. Being forced into a box is something that INFJs hate, especially since they are often capable of adapting and growing. One of the biggest mistakes that a person can make is to underestimate the INFJ woman.

They Stand Up For What They Believe In

INFJ women are often quiet and will keep to themselves, but when they believe in something they are nearly impossible to silence. INFJ women are usually very independent people, who are not afraid to stand out if need be. This may seem very contradicting, but they simply follow their own path and will not back down when they believe it is right. INFJs will most often stand up for the people they love and can even become a frightening foe when it comes to defending those closest to them. They might be tender and loving, but they have a very dark side as well. INFJs make incredible friends and companions, but they are often fearsome enemies. This simply comes from the fact that they are passionate and honest individuals, who know what they believe in.

They Are Giving But They Have Limits

INFJ women are often extremely giving and will do whatever it takes to make others happy. Even though they give so much of themselves, they do have their limits. INFJs will often continue to allow someone that they love to make many mistakes, continuously hurting themselves in the process. This often makes them appear extremely sacrificial, but it is not something that will go on forever. INFJs will eventually hit their limit, and when they do they can completely disconnect from someone. This is known as the INFJ Door Slam, and might even make them appear rather harsh at times. This only happens when the INFJ realizes that this person is never going to change, and they have simply run out of chances. Everyone has their limits, but INFJs limits often result in them completely cutting someone out of their lives. This is simply the only way that they can move on, or else they will continue to allow this person to walk all over them.

They Believe In Others But Sometimes Struggle To Believe In Themselves

INFJs will often believe very strongly in the people they love, being capable of seeing the very best that they have to offer. This ability can often force the people around them to become the best versions of themselves. It is an amazing gift, but one that they often struggle to give to themselves. INFJs will often be able to see the best in others, but might see only the worst in themselves. This might lead them to being far too hard on themselves, striving for a perfection that cannot be reached. This can often be even harder for the INFJ female, hoping to attain a perfect combination of feminine qualities, while still being able to hold onto what they believe in. This is something they often struggle with, but over time they can learn to accept their flaws as well. Sometimes it takes having the right people in their lives to help the INFJ come to grips with their imperfections, and even learn to love those parts of themselves.

INFJs are some of the rarest personality types that exist, which makes them appear very different than the “average” individual. This makes them more difficult to understand, but completely worth the effort. INFJ women are a unique breed, with warm hearts and unbelievably vivid minds. They are thoughtful people, who possess a rich inner world that most people cannot fathom.

The Truth Behind the INFJ Paradox Explained