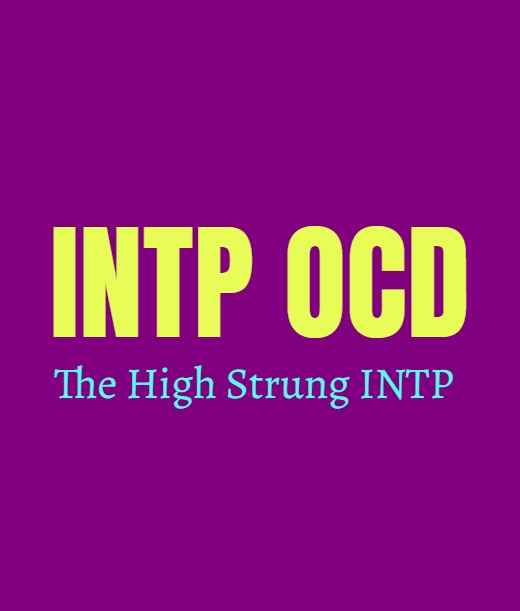 INTPs are often prone to overthinking and analyzing things until it turns into inaction. Their minds are already such active and sometimes obsessive places, that the INTP can be prone to somewhat obsession behaviors externally. For the INTP it can actually be difficult to find the balance when they are more comfortable analyzing and researching things for long periods of time. INTPs can also be prone to intrusive thoughts and somewhat obsessive patterns in their lives. They search for ways to find the right answer and can put so much pressure on themselves, that their inner minds become a burden. For the INTP overthinking is natural, but they don’t always overthink about the logical things. They can become at war between their emotions and their logical minds, and this is something which can cause them to appear obsessive sometimes.

The fact that INTPs have such rich and active inner minds can sometimes draw them towards more obsessive thoughts and behaviors. They spend a lot of time inside of their thoughts, and can go without interacting with the outside world without even realizing it. When the INTP becomes so buried inside of their own thoughts and minds, it can become hard to break away from this. They might spend weeks without ever interacting directly with people, and they can do this without feeling as if it is affecting them. INTPs go through periods where they seclude themselves from the outside world, not wanting to deal with interruptions or annoyances. When they spend long periods of time wrapped up in this introverted thinking process, the INTP might start developing some more OCD-like behaviors. INTPs don’t mind getting locked inside of their thoughts, but spending so much time there can certainly cause them to get trapped in some more negative thoughts. The INTP might find themselves analyzing thoughts which aren’t entirely based on logic or facts. Since they are open-minded and curious people, there are times when they want to explore things which might not be as grounded. In some cases this helps the INTP to uncover new information and come up with incredible cutting edge ideas, in other situations it can drag them down a less positive rabbit hole of thoughts. While their ability to analyze is a great skill, it can be taken to the point where it distances them from reality if left unchecked for too long.

The INTP might start to doubt themselves and the people around them, and can even become a bit paranoid or distrusting. When this happens the INTP has likely spent far too much time trying to stretch their extraverted feeling function, in hopes of understanding the motives and emotional behaviors of themselves and others. They want to read the smallest changes and reactions of people, and this is not their natural strength. When the INTP becomes caught up in Fe thoughts, it can actually be a bit overwhelming for them and cause unnecessary stress. While it is always good to try and develop out weaker functions, when too much stress is applied to them it can be harmful and exhausting. When the INTP tries to focus on understanding the emotions and behaviors of others, they might obsess over these things to the point where they make assumptions which aren’t entirely accurate or factual. They start to fill in the blanks and lose sight of what their actual beliefs and natural abilities truly are.

When the INTP is caught up in these obsessive thoughts or actions, they often need to find something which can break them free of the patterns. They benefit from being forced into action, instead of simply analyzing their choices to death. When they are forced to move forward on a project or hobby or any new experience, this can help them to find some perspective and distance from the things plaguing them. INTPs need to keep moving but sometimes their analysis turns to inaction, and so being forced to jump into something without overthinking it can really help them gain some sort of clarity. They can also benefit from learning how to find things which help them relax and destress. Anything which can help the INTP to clear their thoughts and live in the present can be useful in breaking them out of this cycle. It isn’t always easy to pull the INTP out of their seclusion, but having people who put forth a sincere effort can sometimes help. They need to have someone who can draw them in a different direction with an idea or exciting distraction. The INTP doesn’t need to focus on emotions when this happens, instead they need to focus on something which can pull them away from trying so hard to understand the motives of those around them.