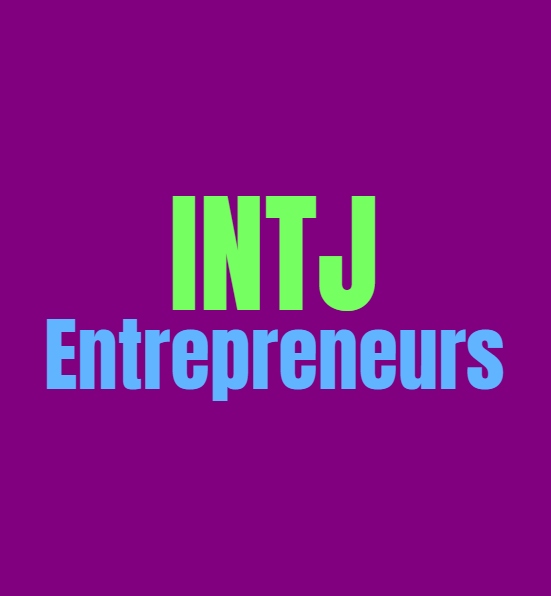 While many people might consider the independence and pride which comes from meaning an entrepreneur. The ability to make your own career choices often seems like a dream, but it also comes with heaps of responsibility and often financial risk. Being the person to take these steps on your own to manage your own business or businesses, is something which not everyone can do just because they think it seems like a good idea. It is something which takes incredible dedication, effort and skill.

INTJs might not be outgoing and so their introverts qualities can cause people to underestimate their abilities. People don’t often see them as natural entrepreneurs, since they are expecting someone extroverted and larger than life, but this would be an incorrect assessment. There are many traits the INTJ possesses which helps them to excel as entrepreneurs. They are independent, analytical and focused people, who are willing to do whatever it takes to get things done in life. Being that they are goal-oriented people, INTJs are often very capable of moving forward and accomplishing just about anything they set their minds to.

The Pros of the INTJ Entrepreneur

INTJs are very independent people, and because of this they don’t really like answering to anyone else. Often having to work under people can be frustrating for the INTJ, and leave them feeling drained and uneasy with their job. When they make the choice to be their own boss, the INTJ often feels very rewarded by this option. They enjoy having the space and freedom to make their own choices and not have to constantly answer to someone else’s expectations. INTJs are focused and hardworking people, but they rarely trust in the choices of others and this makes it hard for them to follow work rules and expectations. Their independence is something which helps them as entrepreneurs, since they actually enjoy being able to make their own plan and set their own rules. INTJs are capable of going after the things they want and don’t need others to motivate them. This ability to self-motivate really is an asset when it comes to being an entrepreneur, and is something many people lack in life.

INTJs are natural problem solvers and can often find ways of getting things done even when something gets in the way. They have analytical minds which helps them to figure out the best course of action. They can look at the information in front of them and know how to put together the smartest plan in order to achieve their goals. INTJs use their sense of logic and intuition in order to strategize and plan towards the most efficient solutions. Running a business means there are often plenty of problems and unique issues which will arise, and the INTJ is often prepared to handle this. They aren’t afraid of having to solve problems and will do whatever it takes to adapt and overcome the struggles.

The idea of running their own business and being their own boss often matches up perfectly with the INTJs desires. They don’t enjoy having to deal with answering to others and really believe in getting things done on their own terms. They know how to motivate themselves in order to move forward, and are naturally good at doing this. Running their own business often gives the INTJ different opportunities for growth, and also gives them a sense of freedom. INTJs enjoy when they can see ways of constantly moving forward, otherwise they can become drained in their work environment. They need will often treasure the different problems and unique aspects of running a business, since it gives them so many options. INTJs are planners but that doesn’t mean they are happy with stagnancy, they actually need to have growth and career advancements in order to feel satisfied.

The Cons of the INTJ Entrepreneur

INTJs are introverts to the highest extent, and really become exhausted by too much social interaction. Often being an entrepreneur means having to interact with other people, sometimes for long periods of time. INTJs aren’t incapable of dealing with people, they just don’t enjoy doing it most of the time. They can often interact with others and network in ways which will help them get the job done and move forward the way they need to. The INTJ will push themselves to do this, but afterwards they will likely feel rather exhausted. When the INTJ entrepreneur has to constantly interact with others it can be draining, which is why they might do best with some sort of business where they don’t have to interface with people quite as much. They also benefit from hiring people they can trust to handle the parts of their business which are more draining for the INTJ. While INTJs are excellent problem solvers, they aren’t really naturals when it comes to understanding the emotions of others. Because of this they might struggle when they have to deal with customer service and finding ways to please customers.

The biggest thing for the INTJ wanting to be an entrepreneur, is to be sure they are working towards something they can be passionate about. They don’t want to do something which doesn’t feel inspired for them, since INTJs really do want to make some sort of difference. They believe in finding ways to make a real impact, and so they prefer a career which allows them to do so. The INTJ needs to be sure they are deciding to become an entrepreneur for the right reasons, or else it won’t have the same rewarding results for them.