INFJ Sheltered: What Being Sheltered Does to the INFJ Personality 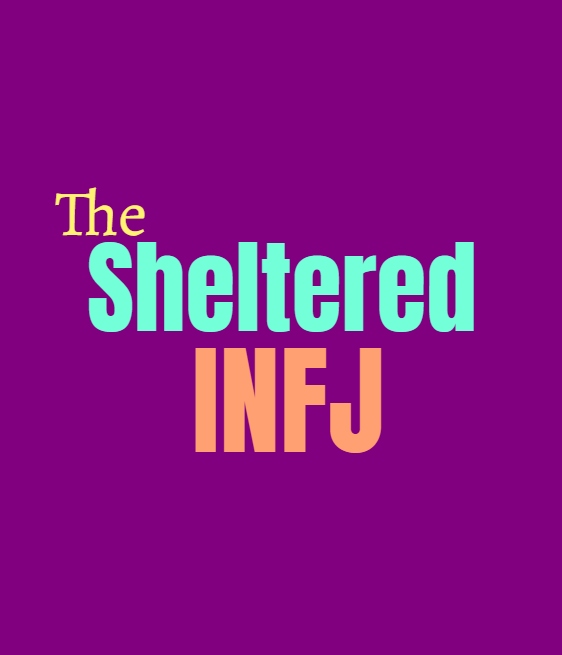 INFJ Sheltered: What Being Sheltered Does to the INFJ Personality

Being sheltered can definitely have an affect on the INFJ growing up, since it closes them off to growing their weaker functions. The INFJ who has been sheltered loses that connection with the real world, which is challenging since they can already be caught up inside of their own inner world. While being someone who is inside of their own minds is not at all a bad thing, when the INFJ is sheltered this combination can make their life much more difficult growing up. Being sheltered really isn’t healthy for any personality type, but it can be something which forces the INFJ to become trapped inside of their comfort zone.

When the INFJ has been sheltered and not allowed to experience things in life, they might struggle to accept any kind of failure or disappointment. Since they haven’t been put outside of their comfort zone the INFJ really struggle to step outside of this and themselves. When they do try things and they don’t turn out as they hope or expect, they struggle to cope with the results. When the INFJ cannot seem to get things to turn out perfect, they become hard on themselves and the people around them. They feel this disappointment far too deeply, and don’t really know how to handle these feelings or cope with them properly. They feel overwhelmed and might want to retreat for a long period of time, even lashing out at people closest to them. While the INFJ does not intend to react this way, they simply haven’t learned how to handle disappointment in terms of a step they need to take towards moving forward. The INFJ may struggle to really overcome the challenges and hurdles and will want to give up entirely. They often want to seek refuge in their own world and don’t want to venture out again and try new things.

The sheltered INFJ really does struggle with trying new things and will likely complain when they are forced to. They become fearful of how the situation will turn out, and so they don’t even want to risk the negative emotions. Instead they try to stick with things they know and are used to, instead of venturing out. This can make the INFJ seem very closed off to new people and new experiences. They are likely not very happy about this stagnancy, but don’t feel comfortable trying to escape it. The sheltered INFJ find themselves getting stuck in habits and not wanting to take any risks which might end up hurting them in the end. They don’t want to be a disappointment or a burden to others, but they also don’t want to upset themselves either. They often are afraid of taking any chance to such a degree that they would rather remain in the same bubble and sheltered world. While INFJs do have rich inner minds which they enjoy spending most of their time in, the sheltered INFJ does this in an unhealthy sense. They can become completely closed off and find themselves trapped inside of their own thoughts. They don’t want to step outside of this shell, since the disappointment can be overwhelming for them. They haven’t learned how to cope with failures, and will turn this in on themselves. They feel bad about making mistakes and will end up being very harsh about it. They feel like they are failures simply because they could not perform perfectly the first time around. Instead of wanting to improve and try again, the sheltered INFJ wants to retreat entirely and find something they know they can accomplish easily. They become afraid of venturing outside of their own little world, creating a reality which can be rather disconnected. They don’t necessarily see things how they are, instead they have a closed-off mindset which is very caught up in their own world and sense of reality.

When the INFJ has not been sheltered and has experienced different things, they can be much more open to the world around them. While they still spend a lot of time inside of their own inner minds, they are conscious of the outside world. Instead of being closed off to change and taking chances, the INFJ tries to weigh them out against risk versus reward. They also become more connected in trusting in their instincts in order to move in the right direction. Instead of being constantly afraid of failing, the INFJ learns to rely on what they know and use their skills in order to figure out how the navigate their path. INFJs are often hard on themselves regardless of their maturity level, but they become much better at managing the mistakes and finding ways to move forward instead of falling apart. They become more conscious of what giving up might do to their loved ones, as well as what it will do to their own self-esteem and happiness. When the INFJ has not been quite as sheltered or has learned how to overcome this and work on their weaker functions, they become capable of experiencing new things without allowing the fear to keep them trapped inside of their own little world.