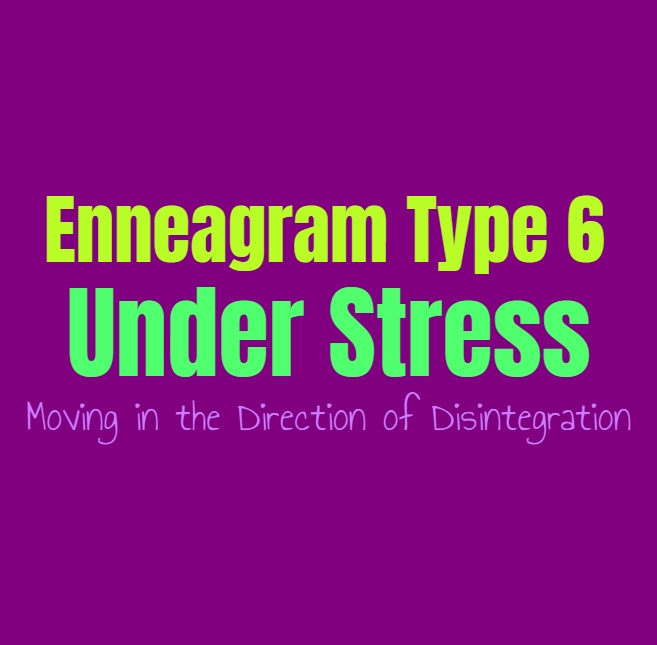 The type 6 personality is known as the loyalist because they are in fact, very loyal and committed people. They are responsible people who believe in doing their best to problem solve and get things done. They don’t like taking unnecessary risks, instead they want to be prepared for any given situation. They value a sense of security, wanting to know that they can take care of themselves as well as their loved ones. They also value having a sense of support from others, and care about making those types of helpful connections. The type 6 personality is very hardworking and often independent, wanting to know what they are capable of handling things. They are extremely loyal to their friends and relationships, wanting to always be there for the people they chose to let into their lives. They don’t believe in giving up on someone, and can often fight for relationships even if they should likely walk away sooner.

They also have this sense of loyalty to their own inner beliefs and ideas, not wanting to allow people to sway their opinions when they view something as truly important. It is important to recognize that just because they have a strong loyalty to certain beliefs and ideas, doesn’t mean they stick by what is the social norm or certain conventions. Instead sixes might actually be rebellious, likely to go against pre-built systems in favor of something which seems more reasonable. Struggling with trust can be a big part of life for the type 6 person, even though they desperately want to be able to trust in themselves and in others.

While the 6 is naturally drawn to stability and a sense of loyalty, their values start to shift under serious pressure. When they are experiencing more than the average stress levels, it can cause them to behave out of the ordinary. This is when they are heading into disintegration and start behaving more like an unhealthy version of a type 3 personality. They become driven be a desire to be successful and keep up with outward appearances. They become focused on tasks and goals, and ignore the values which used to be much more important to them. They care about how they look to others, wanting to be impressive and capable people. They start to build up an image and this becomes their main focus. They can even behave a bit arrogantly, boasting about their accomplishments in a somewhat obvious manner. While they are normally loyal and even humble people, they start to become expressive about what they have accomplished and want to make themselves appear a certain way around others. This comes from an internal fear that they aren’t keeping up with things the way they should, and is really just because they are under way too much pressure to be successful. Wanting to be able to live up to expectations causes them to talk to themselves up in hopes of hiding those fears and doubts. It isn’t that they are self-absorbed or arrogant people at all, it is simply coming from feelings of stress and needing to be impressive to those around them.

It is important for the type 6 individual to monitor their stress, especially when they recognize that they are starting to feel overwhelmed. They can take on too many things at once, expecting that they can handle it and not wanting to let anyone down. They care about getting things done and ensuring that everything is done the right way, so that they can have some element of security in their lives. They value independence but it is important for them to allow others to help once in a while, and trust more easily. They need to learn how to quiet their worrying mind, maybe by things like meditation or even seeking out someone they can talk to when they are feeling stressed. Finding distractions can be a good thing, instead of constantly feeling like they need to work or be productive. Six’s need to learn to enjoy the moment sometimes, and let go of the stresses which seem to weigh them down. It can be vital for them to take a step back once in a while, and even take a nice vacation away from their responsibilities.