Important Information to Understand About the INTJ Male 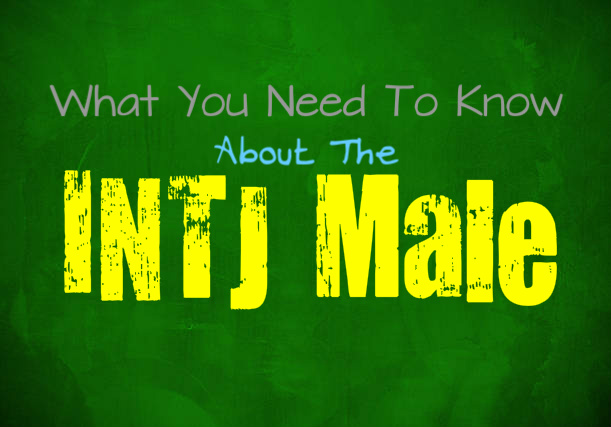 Important Information to Understand About the INTJ Male

INTJs are very driven individuals, who enjoy setting goals and working hard to accomplish them. INTJs males have very specific desires in life, and will often pull away from the things that don’t inspire growth. Here are a few important things that you should know about the INTJ male, especially if you are interested in dating one. *wink, wink*

They Are Focused On Growth

INTJs are extremely focused on growth, and this is something that mixes into all aspects of their lives. The INTJ male wants to find ways to grow as a person, and dislikes the idea of being held back by a lack of knowledge. They will often spend their time researching new topics until they feel like they have learned as much as they can about that subject. They want to understand the world around them, and dislike ignorance more than anything else.

INTJ males also carry this hunger for growth into their relationships, wanting to constantly be improving things. If an INTJ feels like they are stuck in a stagnant relationship, they will certainly not want things to progress. They will often analyze the situation before getting too deep into a relationship with someone. They will take the time to be sure that the person they are committing to is right for them, especially since they take their commitments very seriously. The INTJ wants to be able to grow with the person they are with- they want to see their relationship make them stronger and help them become better in many ways. Once they find someone who challenges them, they will certainly be willing to commit to that person long term. For the INTJ male relationships are rarely flighty things, they often will not waste their time and energy with someone who they cannot see improving their lives. They also want to be sure that they can improve the lives of those around them, and they work very hard to do this. The INTJ will spend time researching those closest to them in order to understand them as much as they possibly can. They want to be able to find ways to improve their lives and help them grow. There is nothing worse than staying stagnant for an INTJ, and they will often see it as a life completely wasted.

It Is True, They Dislike Overly Emotional Situations

It is not a misconception that INTJs dislike emotional situations and will distance themselves from them. They truly dislike being around overly emotional people, and might even find themselves become short tempered with those individuals. To an INTJ being too emotionally expression is just a pointless waste of time and energy. They might even see this person as trying to get attention, which is even more aggravating to an INTJ. They are very good at keeping their emotions to themselves, and see that as a much better way to live. They prefer to logically express what is frustrating them, in a way to find a useful solution. If someone is just being emotional INTJs don’t know how to fix that situation or how to really respond in a useful way. They have a high respect for someone who can logically explain their problem or what is bothering them, and will work hard to find the most beneficial solution. Emotions that are expressed without precision, are not something to be solved and this is frustrating for an INTJ.

They Are Extremely Loyal

INTJs might not be the most emotionally focused people, but they are fiercely loyal. Once the INTJ male has made a deep connection with someone, they will come to that person’s aid and be by their side when needed. They might not be great at giving emotional support when their loved ones are sad, but they are excellent at giving logical and pragmatic support. They understand that people go through struggles, and they will instantly search for ways to solve the problems at hand. This might make them appear cold to some people, but in reality it is how they express that they care. To an INTJ saying the “right words” isn’t going to help someone at all, but instead they prefer to find a solution to their problems. They often believe that fluffy words are a complete waste of time, and to them it can even be seen as inconsiderate and uncaring. When they care, they prefer to take action in order to prove this to those around them.

INTJs admire people who have a certain amount of independence, especially someone they are romantically attracted to. The INTJ male doesn’t want someone who is going to devote their entire world to them, but rather someone who is going to include them and make space for them in their already busy lives. They prefer someone who has their own desires and goals in life, and will enjoy seeing how passionate they can be. Someone who is simply coasting by without any direction, is unlikely to be attractive to an INTJ male. They want people in their lives who know what they want, and who aren’t going to be following them around like a puppy. For the INTJ it is important to have their own independence, since they require plenty of alone time to feel energized. They need to be able to have a lot of space to themselves in order to process things and explore new ideas. Without this alone time, the INTJ will quickly become frustrated with the people around them.

Their Sarcasm Doesn’t Have Limits

INTJs are extremely sarcastic, and actually enjoy this as a major form of communication. They often enjoy humor, but their sense of humor is very sarcastic and oftentimes dry. They can sometimes deliver a joke with such a dry tone, that people around them think they are serious. This makes INTJs great company for people who appreciate their type of humor. Sometimes they will use sarcasm as a way to convey a point to people, but it translates rather well for those who aren’t overly sensitive.

INTJs are independent, intelligent, focused and loyal individuals- they are constantly striving to make themselves and those around them better. Their perfectionist ways can sometimes be difficult to handle, but this simply comes from a strong desire to make the world around them a better place. They have rather rich inner worlds, ones that most people will never truly understand. The INTJ male lives in a world of possibility, and the biggest mistake would be attempting to hold them back in any way.

INTJ Problems: 13 Ways You Are an INTJ

The Important Reasons Why We Find INTJs Truly Fascinating

An In-Depth Look Behind the INTJ Stare