INTJ Trauma: How INTJs Deal with and Respond to Past Trauma 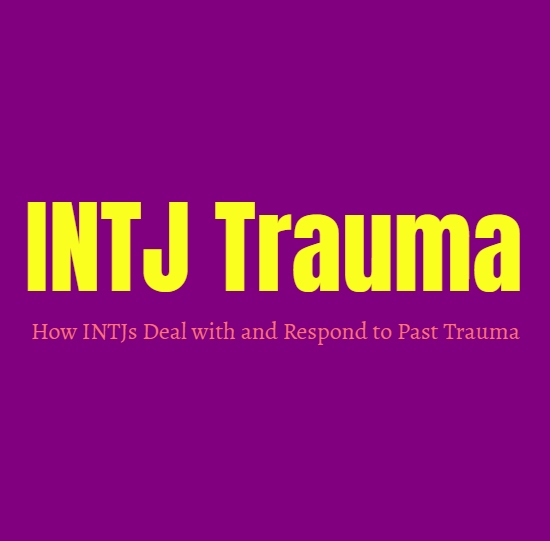 INTJ Trauma: How INTJs Deal with and Respond to Past Trauma

When it comes to experiencing trauma everyone has their own ways of handling and coping with what they go through. Of course it often requires certain help from others and serious trauma can also require therapy to find tools and ways to move through it. There are so many different types of trauma, some happen so subtly that we don’t even realize we have endured a truly traumatic experience. It can be difficult to process, especially when you are still involved in the trauma which is bringing you down. This is something which can affect someone’s behavior long-term, and make certain personality types behave in ways which don’t seem to really fit who they normally are. This is why it is important to understand the different ways that trauma can change someone or alter their behavior.

INTJs who have dealt with trauma in their past are likely to cope with that by appearing indifferent to it. They can attempt to bury those emotions, since focusing on their own inner feelings is not as natural for the INTJ. Instead they prefer to focus on logic and things which are more tangible, rather than things which they don’t have proven methods to cope with. Emotions can feel difficult to tackle for the INTJ, which is why processing their trauma is often a challenge for them in life. If they have endured something truly traumatic, the INTJ is likely to act as if they are fine with it and have moved on. Behaving as if this is just in the past and something which happens to many people, doesn’t necessarily mean that the INTJ is handling it as great as they would like it to seem.

Dealing with trauma from a young age is definitely going to alter the way the INTJ views the world. They likely become withdrawn and don’t really know how to respond to people in social settings, and can even be prone to certain outbursts. The INTJ will feel like they cannot rely on or trust others, struggling to allow themselves to be vulnerable. While this is something most INTJs can deal with, a healthy INTJs finds it easier to open up to someone once they trust them. They might never be expressive people, but they do seek out connections and want to be able to feel close to someone. Trusting becomes much harder for the INTJ who endured trauma during their childhood, especially if they have not found a way to process and deal with this experience. They likely are seen as strange children, since they don’t express what is wrong with them and can appear rather stoic. INTJs can feel misunderstood from a young age and dealing with trauma or PTSD definitely does not improve this for them.

How Trauma Changes The INTJ

INTJs are normally very rational people who prefer to focus on facts and logic, while the INTJ who has endured serious trauma may exhibit different behaviors. They can find themselves slipping into their shadow, or focusing on their inferior function more than anything else. This version of the INTJ starts to place a serious weight on morals and what they believe is right or wrong. They are likely extremely stubborn and unmoving, and find it difficult to have their minds changed about anything. Ordinarily INTJs do have a stubborn side, but they are capable of hearing people out if they present them with accurate information. The INTJ who has been abused and has not processed this trauma, is likely to struggle when it comes to seeing beyond their own point of view. They stand firm on these morals and ideals they have developed, and don’t allow anything to make them waver. This can sometimes cause them to overlook things which they would normally perceive as factual, in favor of those inner morals and beliefs. The INTJ might even show signs of more reckless behavior, indulging in things that feel good rather than things which they should be focusing on. Normally they would be drawn to building a future and seeing how their actions will alter this, but serious trauma can hinder this desire for the INTJ. Some INTJs who find that this trauma continues to fester, go a completely opposite route and become disconnected from morals entirely. They focus on things they can tangibly process but do this to such a severe degree that they don’t have much care for how it can affect others or if it is a morally sound choice.

For some INTJs coping with this trauma can be a challenge, as dealing with and processing it the right way might not be their go-to response. They might ignore this trauma for a long time, preferring to focus on things which make more sense to them. Of course, ignoring and neglecting their inner pain does not make it go away, it often just makes the INTJ feel rather numb and disconnected. They likely distance themselves from others and find that they are going through the motions when this occurs. It is important for the INTJ to actively seek out means of healing, sometimes professional help is necessary in this case. Continuing to go through the cycle of denying their feelings or trauma is only going to make the situation worse for them as time goes on. Connecting with people who understand and can relate is actually surprisingly helpful for the INTJ, even if they can be hesitant to this at first. Feeling a sense of connection and not allowing themselves to completely distance from the world is often necessary for the healing process. It takes time for anyone to heal when they have dealt with trauma, but understanding that it is normal and not feeling disconnected are important ways to move on. The INTJ needs to recognize that it is illogical and inefficient to just bury those feelings inside, as no one is capable of just moving on without finding a way to process what they have been through.