INTP Jealousy: How the INTP Copes with Jealous Emotions 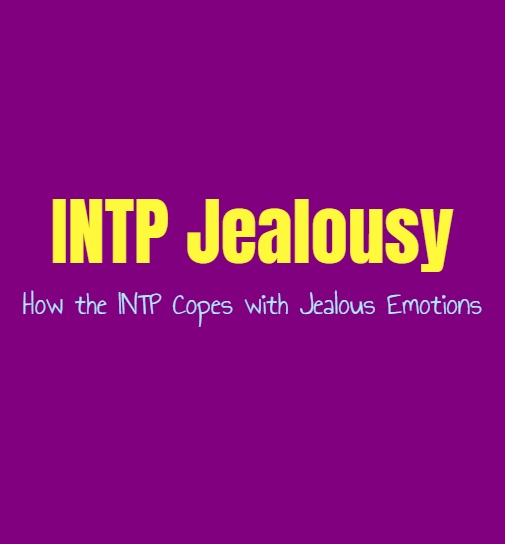 INTP Jealousy: How the INTP Copes with Jealous Emotions

When it comes to stronger emotions the INTP really does not enjoy allowing these feelings to overtake them. In most situations they would prefer to keep things bottled up, and avoid any sort of expression which makes them appear to lack control. They become frustrated with themselves if it seems like their inner feelings are getting the best of them. INTPs don’t often want to accept being jealous of someone or something, but that doesn’t make them immune to these basic human emotions. While it might not be easy to notice when the INTP is truly jealous, that doesn’t that it never occurs, it simply means it isn’t expressed in outward and obvious forms.

When it comes to close relationships the INTP does not want to seem possessive or jealous, but because they bury these feelings it can cause them to become stronger. INTPs will try to rationalize their emotions and find ways to show exactly why they are logical instead of emotional. The INTP becomes jealous when someone very close to them seems to be betraying their trust, or keeping secrets from them. When someone is clearly hiding information the INTP might jump to conclusions about what is going on, since they have a tendency to fill in the blanks for people. The INTP has a hard time just leaving questions unanswered and so they analyze and search for ways to uncover the truth. While in many situations this analytical mind of their helps the INTP achieve many things, it can sometimes trip them up with relationships. Analyzing cannot always explain emotions, and so sometimes the distance or secrets have nothing to do with what they think it does.

The INTP becomes jealous when they feel like their partner is not respecting them and their own needs. This can be something which leaves them feeling drained and overwhelmed, but they want to search for answers to make the situations better. The INTP becomes jealous but doesn’t easily accept these inner emotions and wants to figure out how to make them go away by uncovering the reasoning behind their feelings. They can also become jealous when someone close to them is more capable of showing their talents and inner thoughts, but the INTP doesn’t want to accept that jealous and so they try to push it aside.

INTPs cope with jealousy the same as they do with so many other emotions they don’t want to fully dive into- they will try to analyze and figure out solutions to those feelings. Instead of accepting them as emotions, the INTP wants to find logical answers to explain where these feelings are coming from. INTPs don’t want to accept that their emotions can get the better of them, and so instead they try to apply answers to them and figure out why they feel a certain way. They will either resort to burying those emotions deep inside, or trying to find ways to make logical sense of them.

INTPs are problem solvers by nature and so they want to look into the facts and information in order to improve. While this is a skill which can be extremely useful when it comes to emotions it can be the opposite. Instead of trying to accept their feelings and discuss them openly, the INTP relies on their own logical and analytical mind to come up with answers and explanations. This can sometimes turn into them building a case against someone, and trying to prove themselves in the right with their emotions, rather than just having an open discussion about them.

It is important for the INTP to learn how to better accept their own emotions without feeling so guilty about them. Instead of taking the time to dive into their feelings and realize that they don’t always need logical explanations, they usually search for answers and solutions. The INTP needs to take a step back and really allow themselves time for self-reflection. It is more than okay to accept their feelings and emotions, and to allow the people around them to see and hear these feelings as well. It can be a long process for the INTP to really open up about what they are feeling, since they struggle to be okay with this type of vulnerabilities. But over time it becomes easier as they work to understand themselves and be more accepting of what they feel deep inside.

Of course this is something which takes time, as understanding emotions really isn’t the greatest strength of the INTP. They are more focused on logical explanations, but that doesn’t make them incapable of recognizing their own feelings. This simply takes effort and time for them to adapt to what they are feeling and allow themselves room to make a few mistakes along the way.