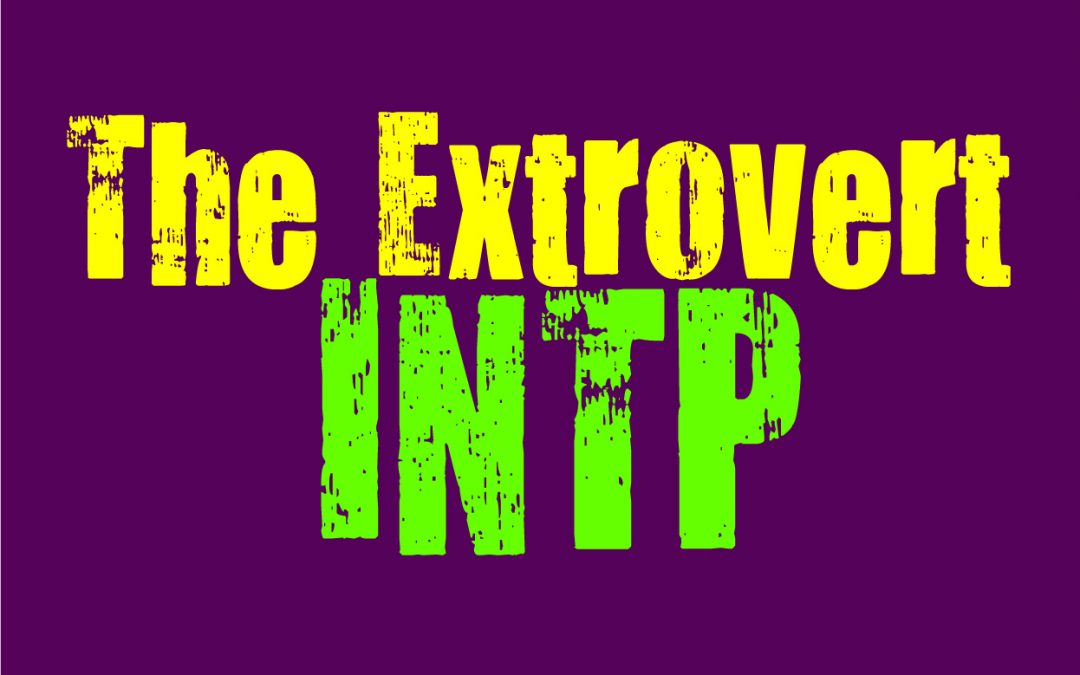 While INTPs are rarely seen as having extroverted tendencies, there are some who lean more this way than most. INTPs might be very inside of their own minds, but in public situations they can make themselves appear more extroverted than they actually are. In some situations the INTP might want to be more adaptable, so they blend in to the crowd by behaving in a way that seems more extroverted. INTPs want to be capable of adjusting their behavior in order to gain some perspective or learn from it, so they can certainly play a role. Here is how some INTPs can definitely lean more towards the extroverted spectrum, or at least appear like they do.

INTPs have a tendency to get into hot-headed debates with people, which can cause them to appear more extroverted. Their ability to get into an intense and drawn out discussion about theories and information, is definitely not something people expect from an introvert. While INTPs still require time alone to process things and think everything through, that doesn’t make them incapable of discussing it with others. With someone who is capable of keeping up and really exploring different possibilities with them, the INTP will enjoy debating or just getting into a theoretical discussion with them.

They truly feel invigorated by these types of conversations, especially when they find someone who can keep up and really provide value to the discussion. They enjoy diving into complex ideas and do well having someone who can inspire them in new ways. INTPs can certainly process things on their own, but they do gain a lot from having someone to discuss things with. Having a person they can bounce these ideas off of and get some sort of back and forth going, is actually really helpful for the INTP. This outward behavior which requires connecting with someone else, definitely can make them appear more extroverted. It is especially this way for an INTP who finds themselves leaning a little bit more towards the their extroverted qualities, certainly when they are focusing more on their auxiliary function and want to connect with others and the patterns they see.

They Can Be Entertainers

Some INTPs find themselves drawn to the idea of being an entertainer, even if it scares them a bit. They might be drawn to comedy, performing, or even being a public figure. INTPs can be very business minded which can lead them towards careers which put them in the spotlight, especially if they decide to teach others what they have learned. They can often fit into these roles truly well once they have adapted and learned how to handle it. For the INTP it is often more about taking the first step in the right direction, since moving forward can be a bit stressful at first. When they do become more at ease with being in the public eye, they can often become comfortable as entertainers. There are certain careers that simply feel right for the INTP as entertainers, and they might find themselves truly drawn to them.

They want to challenge and push themselves to achieve their inner passions, sometimes these might involve performance careers. This often appears much more like an extroverted behavior, and can cause the INTP to seem more outgoing and extroverted than they actually are. Many performers who are INTPs become mistyped because of their ability to adapt to their environment. The way the INTP can place themselves into the role of an entertainer in order to showcase their passions, is definitely likely to make them appear much more extroverted than they actually are. They will often learn how to be chameleons and can seem completely different during their performances, while they might need time to themselves right afterwards.

They Go Through Phases of Wanted to Fit In

If the INTP is going through a phase in their life where they want to fit in, they will do what they can to be more extroverted. They might not want to show their more secluded and introverted traits, in order to be what others want them to be. When the INTP feels pressure to behave more like an extroverted they will do what they can to adjust and improvise. This might not be a quality that actually makes them lean towards their extroverted side, but it does cause them to appear this way. When the INTP really wants to make others proud of them, it can cause them to feel insecure about the introversion. They will push themselves to appear more social and outgoing in front of others, and so they can be mistyped rather easily.

INTPs might seem cold and distant, but deep down they crave a deep connection. They want to find people who understand and appreciate them on a deeper and more sincere level. This can often be challenging for the INTP, since it requires reaching out and pushing themselves to be more social. They might not share this openly but they truly want to make connections that will last, and this is often something that matters quite a bit to them. They are capable of being outgoing people when the mood is right, especially when they are around someone who brings this out in them. While they might be introverts who need time alone, INTPs also truly need to make connections and bonds with people who value them.

Exhibiting these more extroverted qualities can be draining for the INTP after a while, but it is often something they want in the moment. They seek out certain things that can definitely cause them to adapt to extroverted behaviors and situations. INTPs are often some of the more introverted of the introverted types, but that doesn’t mean they don’t have times when they lean the other direction and this can cause them to be a bit confusing to others.