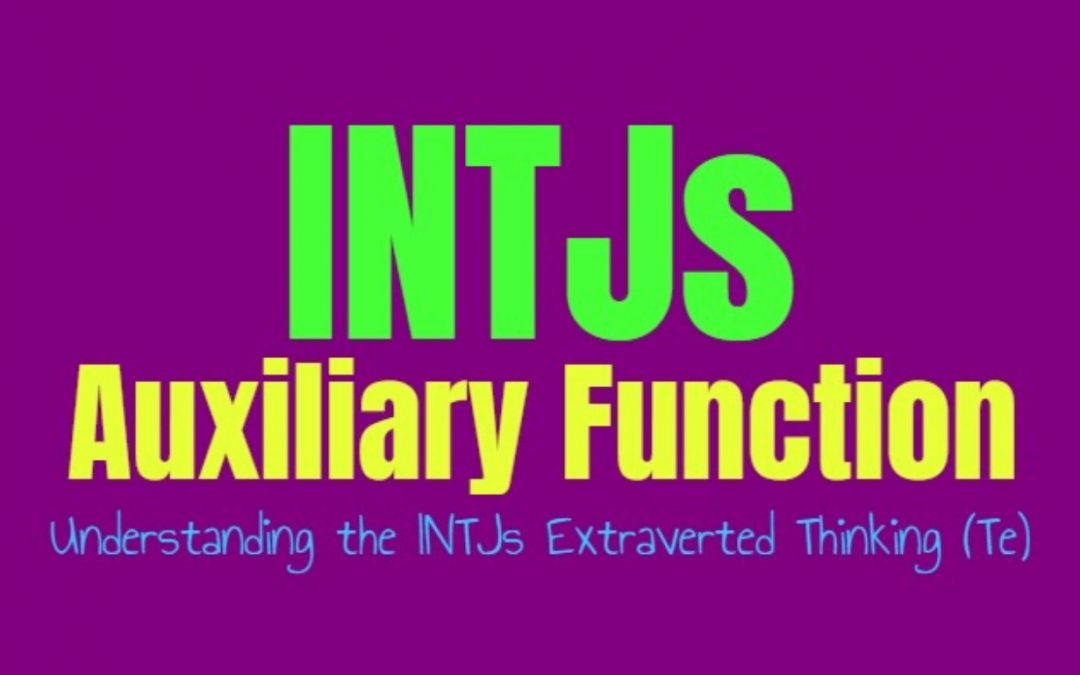 INTJs are very practical people who care about facts and information. They can be viewed as rather driven, working hard to accomplish their goals. While their dominant function is their introverted intuition, their auxiliary function is actually what stands out the most when people first encounter the INTJ personality. Since their second function is extraverted thinking, it does stand out more to an outside perspective. It is what causes the INTJ to be so focused on getting things done and might make them appear a bit aggressive when they are working towards an important goal. While it might be what stands out more, this function works differently in their auxiliary position than it would for someone who uses Te as their dominant function. This is why taking the time to understand each function and how it is expressed for each type, is so important in understanding them better.

The use of Te in the INTJs auxiliary position, is what makes them so focused on efficiency. They dislike care about getting things done the right way, rather than wasting time and making mistakes along the way. They focus so much on facts and accurate information, constantly collecting data and working to filter what is right or what has flaws. INTJs care about what makes the most objective and logical sense, rather than allowing emotions to cloud their judgement. This desire to focus on facts rather than feelings, is definitely because of their Te and how important it is to the way the INTJ sees the world. They value being able to focus on getting things done, and can appear aggressive sometimes because of this. INTJs might even be a bit intimidating to some people, since they are driven to accomplish whatever goals they set their minds to. They don’t allow emotions to prevent them from working towards a goal, and sometimes this means being very direct with people. INTJs don’t intend to sound or be harsh towards others, they simply don’t want to expend time sifting through their emotions to be sure they won’t be upset. Instead the INTJ values being honest and precise when they are trying to convey a point or deliver a command.

The INTJs Te works closely with their dominant Ni, helping to collect data and filter it through this subconscious part of themselves. Their minds are constantly running through the information they collect, and this dominant Ni spits out conclusions and predictions for the INTJ to follow. This is what makes them skilled at strategizing and coming up with the most logical path for them to take. INTJs value things which are proven and accurate, not wanting anything which becomes too out of the box. This is because they want to be sure of their choices so that they can get things done the right way, rather than wasting their time or energy on something which likely won’t be fruitful. This doesn’t mean the INTJ is incapable of taking risks, they just prefer them to be calculated risks which are based on their intuition and a sense of knowing what the most ideal strategy is for them. The combination of these functions is what helps the INTJ follow a more practical and efficient path, even though their own inner world is often much more imaginative and richer than people realize.