INTJ Loss: How the INTJ Copes With the Many Forms of Loss 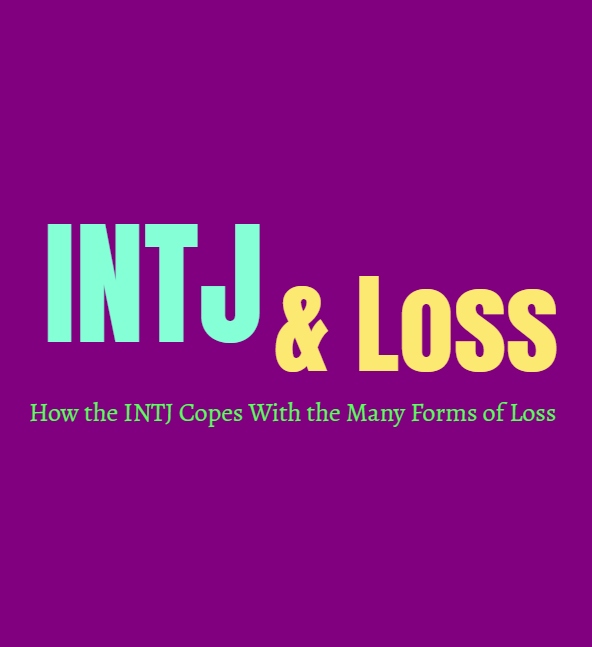 INTJ Loss: How the INTJ Copes With the Many Forms of Loss

INTJs strive to find logical answers for things, and so they often process guilt utilizing this part of themselves. Instead of trying to focus on the emotional response, they instead hope to find sense and reason when they have lost someone or something from their lives. INTJs don’t do this because they lack emotions or don’t care, they simply understand things better this way. This is their natural way of processing information or change in their lives, and so using facts and logic is what works best for the INTJ. Of course it depends on the severity of the loss, and if it is something they should rationally be letting go of in order to move on efficiently.

For the INTJ accepting the loss is often the simplest part of the process, as they are logical people. They don’t try to deny what has happened, instead they realize that death and loss are inevitable parts of life. They expect to lose things and people throughout their lives, so accepting when it happens is not the hard part for them. INTJs will be able to recognize what they have lost, and will search for ways to keep moving forward. They often approach this from what appears to be a more clinical mindset, even when others around them are emotional and struggling. The INTJ can be rather stern about their emotions, and so they don’t express them in ways that people can understand or relate to most of the time. Even if the INTJ is upset, that doesn’t mean they are going to struggle to accept the reality of what has happened. They can logically see what has occured, and even process the most strategic ways to move forward and pull things back together. They do this with just about any type of loss, whether this be loss someone close, loss of a relationship, job or even the loss of their past self. INTJs are not unaware of this and don’t try to deny it, but they do often focus more on the practical aspects.

While INTJs can appear rather stern and even cold when they lose someone or something, this isn’t the case. INTJs do sometimes struggle to accept their own inner emotions, striving to remain focused on problem solving and moving forward. They bury these emotions almost without realizing it, since they don’t find it as easy or natural to understand or focus on them. Instead INTJs desire to focus on things they can control and navigate, even when they are dealing with something which should be emotionally difficult. INTJs do actually feel things deeply, they just don’t necessarily focus on those emotions and so they often surface in unexpected ways.

INTJs often go into problem solving mode when a crisis occurs or when they are experiencing some sort of loss. Depending on the severity of their loss, the INTJ doesn’t want to allow things to fall apart because of it. They search for ways to keep moving and ensure that they can take care of whatever problems come from this loss. INTJs strive for efficiency and practicality in their lives, and so this means remaining focused when they need to. They are often the ones to take care of the responsibilities which need to be tended to, often appearing to lack an emotional response even when others are deeply upset. The INTJ will focus on getting these things done, but they also need to retreat and spend time alone. When they are experiencing something serious they don’t really want to be around other people as much. INTJs are introverts which means they really need time to themselves in order to properly recharge. When they are going through a serious change they need this time to reflect and recharge without other people hovering. For the INTJ this time alone is how they process everything they are going through and how they figure out the next step.

Many INTJs do seem to handle these things very well, but that doesn’t mean they aren’t struggling inside. The INTJs emotions are something which are extremely personal for them, and they do feel things on a much deeper level than people realize. They just don’t naturally know how to process or understand these feelings, and so they often get buried or pushed aside. The INTJ will likely respond to the initial shock by being very logical and practical, and so it can seem like they aren’t all that upset by the situation. In truth those emotions often come to play later down the line, by causing the INTJ to be grumpy or moody around others. They might be rather irritable, and don’t really know how to control this behavior. This is often because they are trying to push those emotions aside and they aren’t actually dealing with them. The INTJ who doesn’t try to process or understand those feelings, is likely to never fully heal from them. When they lose someone they truly love, the INTJ will probably experience waves of those emotions years later and might even struggle to discuss this loss with others.

INTJs do appear to move on easily when they have experienced loss, but this is more of an external response. The INTJ is good at moving forward and dealing with things practically, but that doesn’t mean they have completely moved on when it comes to their inner emotions. For the INTJ to fully move on when they have lost someone or something important to them, they need to find a way to process those emotions and express them more openly. This is something which can be very challenging for INTJs, since they don’t find it natural to really focus on their feelings or express them to others.