INTJ Flirting & Dating: How to Attract an INTJ 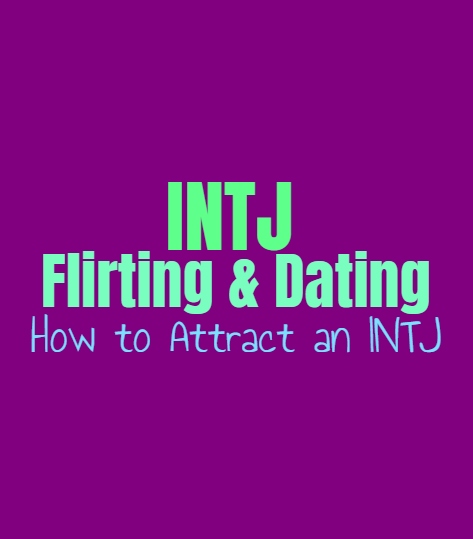 INTJ Flirting & Dating: How to Attract an INTJ

For the INTJ flirting and dating is often much different than it is for the more emotionally expressive types. This doesn’t mean they are naturally disinterested in dating, it just means the process and their personal desires are often a bit different. There are some stereotypes out there saying that INTJs are not interested in dating and can be someone who wants to be sllo, but that is not connected to their type necessarily. There are plenty of INTJs who do want to find a romantic partner, and who care about being in an important relationship. This simply comes from the fact that most INTJs are naturally very independent people who aren’t often willing to jump into something if it doesn’t provide them with value.

When it comes to flirting the INTJ does often try to impress the person they are interested in. They do a lot of research on someone when they are truly interested and search for different pieces of information about them. They want to know who this person is completely and will spend a lot of time and energy looking into them. This is when the INTJ truly interested in someone and can likely see themselves building a real connection with them. Asking a lot of questions and really diving into who the person is, is often a sign of flirting and serious interest for the INTJ.

INTJs are often more direct people and so most of the time they avoid being too subtle. They often make their intentions clear with someone, and will express their interest. INTJs don’t waste time and energy investing in someone they cannot see a real future with, which is why learning about this person is their strongest form of flirting. Once they know that they could truly see themselves with this individual, the INTJ will be more than capable of making advances and letting them know they would like to date them. They aren’t often afraid of being direct and to the point when it comes to their interest in someone. INTJs can sometimes play the games of being subtle if they feel like it is necessary, and when they do this they often just try to show themselves as impressive and flaunt their positive traits to this person in a way that isn’t too over the top or obnoxious. Instead they just put themselves in situations where they can prove their skills and intelligence.

When it comes to relationships the INTJ is extremely loyal and wants this in return as well. Loyalty and honesty are the most important qualities the INTJ searches for when they are ready to commit to someone. They need to be sure that they aren’t going to be with someone who is lying to them or hiding important pieces of information. For the INTJ this is vital because they want to be able to work together as a team and without straightforward sincerity, they know this won’t work in the efficient way they are hoping for and needing. The INTJ wants to be direct and completely honest with their partner, especially about the important details which need to be shared.

When it comes to commitment the INTJ is more than capable of taking this seriously, which is why they don’t jump into things without being sure. When they really do commit themselves to someone they have spent a lot of time and research into this decision, and so they are more comfortable with the relationship and ready to make things last. They are someone who will be extremely loyal and will stand by their partner through the hard times. They are willing to move on from mistakes, so long as they have honest and trust in their relationship. They will be there for this person and show their affections by helping them to reach their goals. When the INTJ invests energy into helping their partner grow and achieve their important goals in life, this shows that they care deeply for them. They will go out of their way to ensure that their partner is the best version of themselves that they can be, always being someone that they can fall back on when needed.

When it comes to their emotions, it is true that INTJs aren’t naturally inclined to share them verbally. They usually try to think through these feelings, for example when their partner is upset the INTJ tries to solve the problems. They are truly listening when this person is upset, but for the INTJ the way to make it better isn’t by being emotional with them instead it is by solving their problems and making the negative things go away. They are problem solvers who need a lot of space and time to themselves, but when they care for someone they will do just about anything for them.

When it comes to casual dating the INTJ often becomes deeply exhausted from these types of interactions. Spending time dating someone without the intent of making something real out of this, is rarely that rewarding for the INTJ. They prefer to be on their own most of the time, and so forced social interactions really aren’t of interest to them. When the INTJ does entertain the idea of casual dating they find themselves needing a lot of time to recuperate from this emotional and mental exhaustion. They prefer to interact with people who they actually see a future connection with and don’t really like wasting their time.

INTJs value efficiency and honesty, and so anything which feels insincere is going to be frustrating for them. Casual dating often feels like a pointless encounter, since it rarely leads to anything which they can see lasting or being valuable to them in the long term. For the INTJ these types of things really just aren’t efficient and causes them to expend more energy than they really want to invest in something that won’t be useful to them in a positive or logical manner.

What Attracts the INTJ

Someone who is honest and straightforward is often rather appealing to the INTJ, since it means they don’t have to deal with someone who isn’t trustworthy. They are drawn to a direct person who is capable of being sincere with them. A person who is confident in themselves and their abilities is often deeply appealing for the INTJ. Confidence is certainly an attractive quality for the INTJ, as well as someone who is capable of being alone and giving them space when need be. A person who can get things done without constantly needing to depend on everyone around them, is likely to be deeply intriguing to the INTJ.

Someone who is capable of keeping up with the INTJ when it comes to conversation, is certainly attractive. They want to be around people who can actually bring something to the discussion and even challenge the INTJ in some ways. They are used to people who really cannot follow along with their in depth and complex topics, and so if someone is actually capable of challenging the INTJ and making them really think, they are going to be very attracted to this. INTJs are attracted to people who can share their interests with them and get into truly interesting conversations about these passions.