ENTP Ghosting: How they Deal with Ghosting People and Being Ghosted 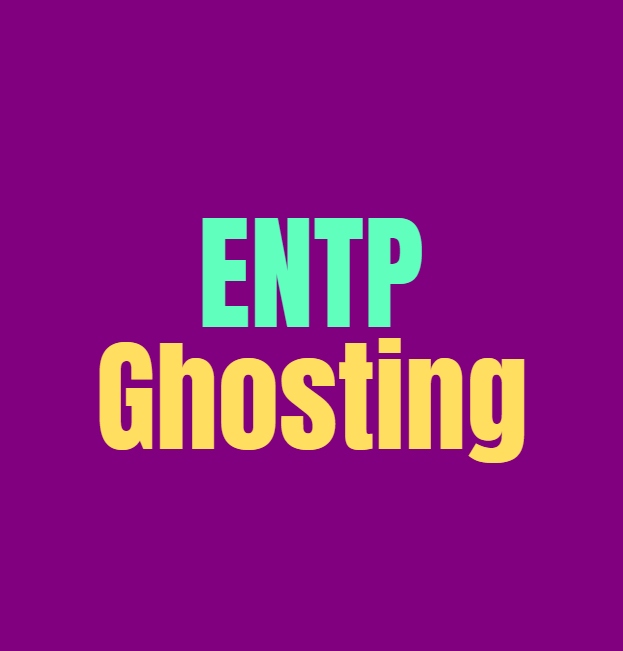 ENTP Ghosting: How they Deal with Ghosting People and Being Ghosted

ENTPs are known for being easily distracted and easily bored, which can make them appear like the type more likely to ghost others. Any personality type is capable of ghosting, but there are often unique reasons why the ENTP would ghost someone. They have their own way of approaching emotional situations, and sometimes they prefer to avoid the tension when it comes to people who have outbursts of feelings. ENTPs aren’t always delicate when it comes to these types of situations, and so sometimes they feel like ghosting is best. It can be a confusing situation, since ENTPs don’t really enjoy being ghosted, but they also can understand why sometimes it seems necessary.

ENTPs can become easily distracted and find themselves pulled in different directions. When their minds are drawn to something new, they might find themselves leaving behind an old place and even the people they meet there. If the ENTP doesn’t feel a strong bond with someone, they might pick up and leave without really telling them why. It isn’t anything person, and they often don’t do this intentionally, they just find themselves wanting to explore something new. ENTPs are bored easily and this can cause their minds to wander, and sometimes this is what causes them to ghost people. If they didn’t feel particularly close to that person, then it doesn’t seem necessary to express why they are leaving or distancing themselves. They might have liked the person, but for the ENTP it seems a bit pointless to keep in touch if they didn’t make a bond which seems worth holding onto when they move on to a new place in their lives. Sometimes it is more about logic, and realizing that the connection isn’t one which will withstand the many challenges ahead. This is especially true if the ENTP knows they won’t be sticking around, and so sometimes it feels better to just keep moving forward.

ENTPs will ghost people if they feel like the emotional drama and strain is just not worth their time or energy. They don’t feel comfortable with intense emotional situations, and so sometimes ghosting can feel like a better choice than having to deal with this. The ENTP will especially feel this way if they have already invested so much time and energy into a draining relationship. If the course of their time together has caused the ENTP to feel exhausted and overwhelmed, they might feel like enough is enough. When they have reached that point they just don’t want to exhaust themselves any further. When they realize it is time to move on from someone who has drained them like this, the ENTP might just decide they don’t want to spend anymore time explaining themselves. Instead they will feel like ghosting is actually the best way to end things without causing anymore suffering for themselves and the other person. While ENTPs might not feel great about this choice, sometimes it is the only way for them to move on and keep their sanity in tact. They don’t want to hurt people but ENTPs just don’t feel comfortable in situations where emotions are heightened.

Sometimes the ENTP approach most situations with a sense of logic and practicality, and so this can actually be a reason behind ghosting for them. Instead of looking at the emotional ramifications of the situation, they see that letting go by just moving on can actually be the easiest path. They might feel like they have reached the point where the relationship just won’t work, and so they need to cut ties. If they stick around and try to explain themselves, it might cause more upset and pain for everyone involved and so the ENTP sees this as the best choice. When they realize it is time to move on, they don’t always feel like giving their reasoning is actually going to make sense to others. They know that sometimes the way they have processed the situation might not be clear even when they express it, and so they would rather not confuse people further.

ENTPs do sometimes struggle with being ghosted, especially if this happens with someone they felt a connection with. They want to understand the reasons behind this choice, and sometimes will continue to search for answers. ENTPs want to put the puzzle together and so they might try to do this by analyzing the facts and their own behaviors to understand it better. This can cause them to feel a bit stressed by the situation, since sometimes they are left with very little answers or understanding as to why this happened. ENTPs want to be able to move on, but they do like being able to understand why things happen a certain way. While they might keep going with their lives, being ghosted can certainly create trust issues for the ENTP. When they have unknowns and don’t fully get answers, they find themselves filling in the blanks. They might make connections to future relationships, and start to become concerned that the situation could repeat itself. If they have been ghosted more than once the ENTP might start to pick up on patterns, trying to piece it together and so this makes them a bit suspicious of new people.

Read More About the ENTP: