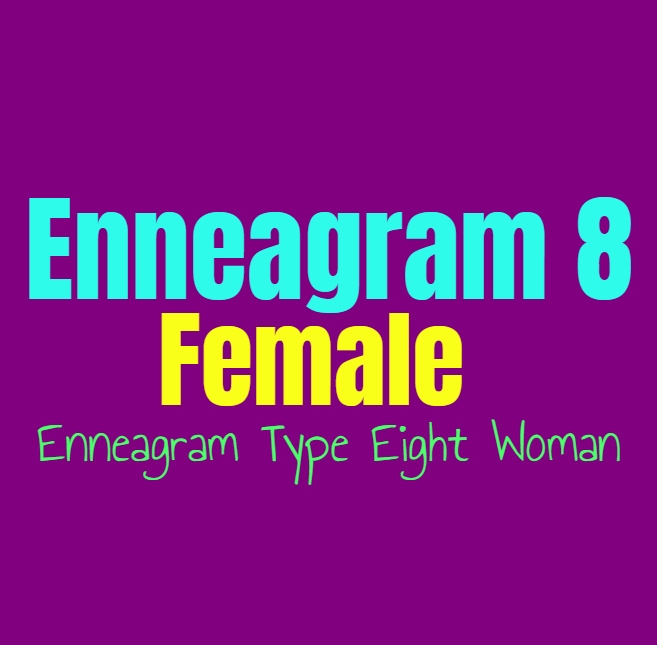 Understanding each type is important but it can also be important to understanding the variations. For certain types it might cause them to respond differently to the world being a type 8 woman, and how they are perceived by others because of this. They don’t want to be controlled by others and value being in control of their own lives. Understanding how this correlates with being a female type 8, can help to gain a deeper comprehension of how they respond to the world as well as how they can better manage their own emotions.

The type 8 woman is often viewed as driven and aggressive. They are not afraid of taking charge and can find themselves in workplaces which are predominantly filled with men. This is because they develop that sense of self-control and drive from a young age, and this draws them to more business-minded careers. They are not afraid of taking charge, even if it can be seen as intense to those around them. They value maintaining a sense of control in their lives, not wanting others to have any sort of power over them. At their best the type 8 woman knows what they want and will do whatever it takes to acquire this. They work hard and push themselves to accomplish their goals with a sense of focus and personal willpower. They don’t give up no matter how challenging something is, and instead take on these challenges proudly. They don’t simply expect things to come easily in life, and are often willing to overcome any struggle which arises. This is because they value being someone who does not give up, and want to be able to maintain that control throughout all aspects of their lives. This is why type 8 women care about being self-sufficient and are rarely seen being taken care of by others. Instead they would often prefer to do things themselves, not wanting to turn to others for help. This can sometimes cause them to seem headstrong and unwilling to be vulnerable around others. This doesn’t mean they don’t care about their loved ones deeply, they just don’t feel comfortable letting down walls as this is seen as a weakness in their minds.

The type 8 woman can certainly struggle with being misunderstood, especially since they are naturally seen as aggressive and sometimes controlling people. They often want to control their environment but can also try to control people as well. Their desire to make sure everything runs smoothly and according to their plan, can make it so that eights become rather intense in efforts to make this goal come to fruition. Sometimes this means attempting to control and lead the people around them and they can be rather good at this. They know how to be charming and coerce people in the right direction, but not everyone is as receptive to this. It can cause them to seem bossy and demanding at times, when in reality they just want to be able to take care of their loved ones and those around them. Maintaining control in their lives is the only way the type 8 woman feels they can really protect the ones they love, as well as themselves. They can also be rather stubborn people which is a struggle at times. They don’t like changing their ways or their views, simply because they work towards certain goals and avoid things which might keep them from this. Being headstrong and sure of their choices is how they keep that sense of control in their lives and they don’t want to seem wishy washy.