The Worst Nightmare of Each Personality Type

The Worst Nightmare of Each Personality Type 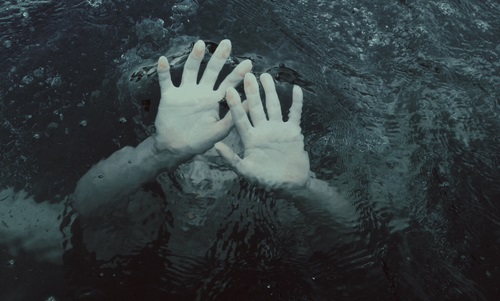 We always hear people dreaming about being naked in class. Or being unable to run away from danger or scream for help. Everyone has your typical bad dream, but what about your absolute worst nightmares? If these things came to life they would be our own personal hell. Here is what we think would make each personality type completely miserable.

Realizing that the cause they have been supporting is run by treacherous and immoral people. Any good they’ve ever done in the world is instantly erased and turned into something harmful. Everyone they care for believes they are cruel and heartless.

Everything they do continuously comes out wrong, and the more they try to fix it the worse it becomes. Every person they try to help somehow ends up worse off than before, and they are seen as the reason why everything is going wrong.

Being trapped in a crowded room with morally bankrupt people, and having to coexist with them. Not being allowed to express their emotions, or process anything alone. Being forced to watch injustices and not being able to stop them or express how wrong they are.

They no longer can speak to other people, and are forced to be silent at all times. Their ability to express themselves and be creative has been taken from them. Because of this the world sees them are uncaring and unfriendly. They aren’t allowed to explore new possibilities and must maintain a strict schedule.

Being forced to listen to people spread incorrect information, and those people are revered as geniuses. They are unable to speak out against anyone who is wrong, and are actually made to agree with them. Every emotion they have ever felt is transmitted in public and everyone sees them as emotional and incapable of intelligent thought.

Being forced to comply with someone else’s poorly developed plan. They have no ability to stand out or add insight to the plan, and when all is said and done everyone believes they are the reason things are going wrong. They constantly have to listen to others emotional problems, and have to sympathize with them.

They are forced to follow the lead of an ignoramus, whose only goal is to feed lies to the masses. They aren’t allowed to explore new possibilities, and everyone around them is incapable of accuracy. Because of this, they have to watch the people they care about fall victim to these falsities. They are mocked for their thoughts and emotions.

Is forced into solitary confinement, where they are never allowed to debate anything ever again. They have to constantly listen to people discussing vapid topics with no intelligent discussion involved. Creative thought is banned.

They have to wake up each morning not knowing what will happen that day. They aren’t allowed to plan and have to live in a constantly messy and cluttered environment. Each day is filled with unknowns, and they aren’t given instructions until moments before they have to do something.

They are forced to follow the orders of a messy and unorganized fool. No one around them is allowed to listen to their commands, and they are forced to keep them to themselves. They are seen by everyone as incapable and weak.

Everywhere they go it seems like everyone is unhappy and fighting. Every time they try to stop the arguing, they are verbally attacked and everything wrong they have ever done is brought to light. Everything around them is a mess and every-time they try to organize they are yelled at and forced to stop.

They aren’t allowed to express caring towards others, and are seen as cold and inconsiderate. They know that their loved ones are in danger, but they are completely powerless to stop it. Every-time they do try to fix the problem or make things better, it just keeps getting worse. Because of this they are left forever alone and are abandoned by their loved ones.

They are forced to sit in a room and listen to intellectually moribund people try to solve a problem. As they watch these people attempt to put something together, they are unable to help or say a word.

They are incapable of feeling excitement, and must sit alone in a room all day long. There are no reading materials or things to keep them busy, just their own thoughts.

They are forced to live with people who are rude, and make them live each day based on a strict schedule. They are constantly criticized and there is no one around that cares enough to step in and stop it.

The world breaks out with a terrible sickness, and the only way to survive is by staying inside and avoid all social engagements until the end of time.

What Each Personality Type Does On a Road Trip