ENFP Sheltered: What Being Sheltered Does to the ENFP Personality 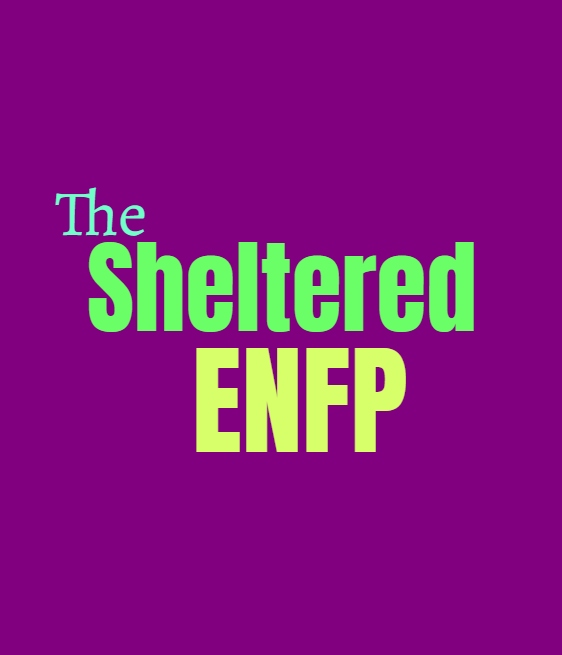 ENFP Sheltered: What Being Sheltered Does to the ENFP Personality

The ENFP who has been overly sheltered can experience trouble accepting other people’s beliefs and opinions. They focus so much on their own morals and desires, that they struggle to really connect with reason or facts. This causes their dreamy nature to become overwhelming at times, and the ENFP finds it difficult to really ground themselves. They also struggle with committing to something, and find that it is hard to really connect with their responsibilities and live up to them the way they should. The sheltered ENFP is often seen as spoiled and even a bit flighty, as they don’t make decisions with a sense of logic.

The ENFP who has grown up sheltered can become very trapped inside of their own worlds. They are naturally dreamers, but when they haven’t been exposed to the outside world they become completely wrapped up in this part of themselves. For the healthy ENFP their dreamy nature is a wonderful gift, but when they have been sheltered it can become an excuse to escape reality and shut themselves off from being responsible.They don’t want to focus on more practical things because their minds become so caught up in the clouds. The sheltered ENFP cannot see past those inner desires and see more practical means of getting things done. Instead they want to constantly explore those feelings and things which make them feel alive. While this is innately part of the ENFP, as they develop and grow they are much more capable of being practical and actually enjoy growing this part of themselves. The sheltered ENFP becomes caught up in those inner emotions and morals, but they are so internalized that they become disconnected from reality. Their inner moral beliefs don’t have enough outward data, and so they can become overly idealistic. The ENFP might develop unrealistic expectations and feels like relationships should live up to those ideals they have in their minds. This makes it hard for them to really weigh in more practical and logical beliefs, and so their morals can be somewhat skewed and misguided. ENFPs need to involve their other functions in order to help them make choices, or they will become far too scattered.

The sheltered ENFP has a hard time dealing with people who disagree with them, and so they can be irrationally stubborn. This version of the ENFP struggles to accept other people’s beliefs, and can be instantly offended when someone challenges their inner morals and feelings. They feel like they are being attacked simply because someone disagrees with them, and cannot handle criticism at all. Because they have been sheltered and closed off from outside experiences, they likely feel hurt when someone gives them even the slightest bit of criticism, even if this is intended as helpful. They feel like they are being run down and like someone is trying to make them feel bad, and so they often lash out or become distant. The sheltered ENFP struggles to deal with discord and will do whatever they can to avoid this in their lives. When something becomes too tense or uncomfortable, they don’t want to deal with these negative feelings and often don’t know how to cope. So the ENFP will try to distract themselves and find ways of avoiding the situation or of facing the responsibilities around them. This can cause them to appear rather spoiled, or even like they are selfish simply because they don’t want to deal with the issues at hand. They are constantly bouncing around from one thing to the next and might be afraid of committing to something. The commitment means they are responsible for those things they choose, and it makes them feel stuck. This is something that the mature ENFP learns how to develop and they become capable of growing and learning where they can put down roots. When they haven’t been able to grow and explore this part of themselves, they become fearful of what this can mean. They struggle with commitment and they struggle to accept when they are wrong about things.

When the ENFP has not been sheltered or has learned to escape this, they actually enjoy growth and moving forward. They want to become a better version of themselves and so this is what drives them to experience new things. They enjoy pushing themselves and uncovering different parts of what makes them who they are. They aren’t afraid of hearing what other people have to say, even though they still prefer when things are delivered with sensitivity. ENFPs who have matured actually know how to settle down and plant some roots, without being afraid they are missing out. They still want some openess in their lives and want to be able to experience new things, but they aren’t incapable of commiting to the people or things which matter most to them. They care about being someone who others can come to, even if their morals don’t necessarily line up. This version of the ENFP is also much more logical and even practical, and enjoy strengthening this part of themselves. They aren’t afraid of looking at the facts of a situation, rather than just the emotions they feel behind it.