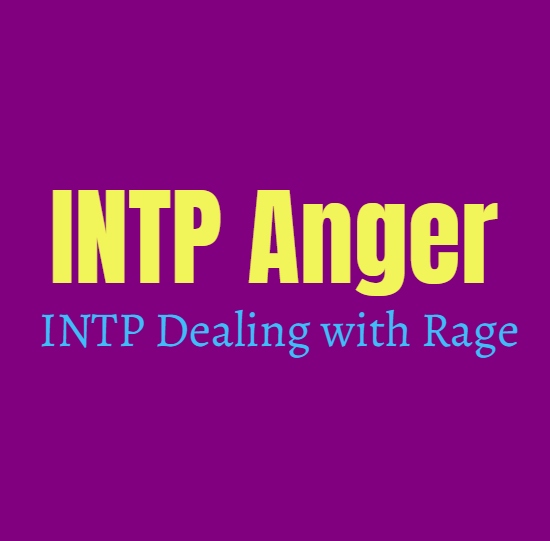 INTPs definitely experience feelings of anger, but this isn’t always something they express outwardly. They can be somewhat reserved about expressing emotions, and find it more natural to keep these things to themselves. INTPs prefer to focus on rational thought, and can have a tendency to avoid their own emotions in favor of this. For them it is easier to focus on logic and critical thinking, where feelings can become a bit confusing and tricky for them. This is something which can actually cause the INTP to repress their anger, which ultimately leads to it coming out in other ways without them really realizing why. Repressing those emotions can actually be worse for the INTP and those around them, but it can be hard for them to figure out ways to process what they are feeling.

Most of the time the INTPs anger comes from a problem or feeling which they have avoided or neglected for a long time. They attempt to push those feelings aside in hopes of not being seen as emotional, instead they want to be as logical as possible. While neglecting those feelings feels better in the moment, it comes at a price in the long run. Eventually the INTP finds themselves feeling angrier over something which might have been small to begin with. They might express this with small sarcastic remarks, but the biting comments don’t really help the INTP process the anger in healthy ways. They might spend time analyzing those thoughts, even coming up with ways to validate why they are angry with someone. Over time this can lead to the INTP unloading those frustrations onto someone, but the outburst can be rather pointed and intense. The INTP finds themselves expressing somewhat harsh criticisms towards that person, and this can actually cause problems in their relationships. Instead of expressing the anger in a healthy and open way, the INTP can bottle it up until it becomes overwhelming for everyone involved.

INTPs struggle to really know how to express their inner feelings, sometimes wishing they could ignore them for the sake of what is logical. They also don’t want to feel weak or vulnerable around most people, which causes them to neglect their anger when they should find more open ways of expressing it towards those around them. This can be somewhat confusing for their loved ones, since they are likely unaware that the INTP is sincerely angry or upset with them. Holding in these feelings causes an outburst which can be rather intense, since it is something which has been withheld and bottled up for so long. INTPs are excellent at unleashing their angry thoughts in ways which seem to be precise and truly intense for those involved. In some cases the INTP will feel justified in this anger, while in other situations they can feel like they have gone too far and will regret it.

Coping with the INTP Rage

In some situations the INTP definitely feels guilty over the way they can unload their anger towards someone. When they go into a rage mode, the INTP becomes somewhat tunnel visioned and only sees that they need to let it all out. The outburst becomes almost impossible for them to pull back from until it is finished and they have expressed everything they feel needs to be expressed. Afterwards the INTP might regret this and feel embarrassed that they have let out these emotions in such a severe way. When it is towards someone they care for they might feel a need to retreat, not really knowing the best way to make amends for something like this. Expressing emotions can be a challenge for the INTP, and so learning how to make things right can take a bit of time. There are certainly some instances where the INTP will feel justified in this anger, knowing that the person deserved to have them unleash all of these criticisms onto them. They are deeply caring people at their core, especially when they have hurt someone they love and are connected to. In these instances the INTP likely wants to make things right, and will do their best to try and find ways to fix the problem in a logical manner.

One of the more important things for the INTP to remember is that they do need to make time for their own feelings. They prefer to focus on logic and rational thoughts, but emotions are something they cannot simply push aside forever. When the INTP recognizes that in order to maintain more control of their feelings, they need to actually process and focus on them a bit, this helps them get a better handle on them. While spending too much time on their own feelings is counterproductive, the INTP can benefit from taking some time to process the more serious emotions. If they are truly angry about something, learning how to better communicate this can help them to process it in healthy ways. Bottling up those feelings of anger and frustration can only cause them to have emotional outbursts later on, which ends up being a much more uncomfortable situation for the INTP.