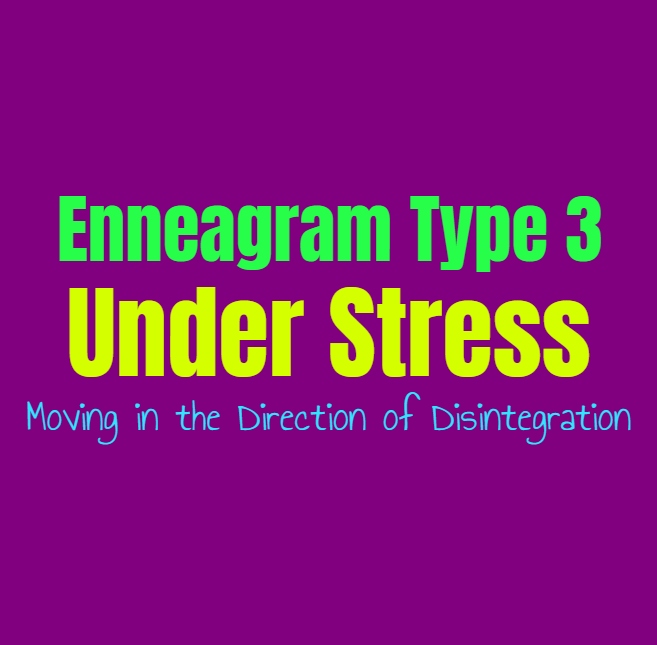 The type 3 personality can be somewhat status-conscious, since they are driven by a desire to feel worthy and valuable. They care about how they are seen in society, and so they are constantly pushing themselves to achieve great things. They want to be someone who can accomplish their goals and be impressive to others. They can appear to be workaholics because of this, pushing themselves to always be at their best. They want to be indispensable in the workplace and to those around them, by striving to be someone who sets themselves apart from others. The type 3 person wants to be viewed as truly valuable and special, someone who goes above and beyond to get things done. They are in pursuit of success in hopes of feeling a sense of validation from people. They care about being admired and having people look up to them and their accomplishments. At their best this makes the type 3 inspirational to others, someone who strives to be a good role model and confident in themselves and what they are capable of achieving. They are often capable in everything they do and each task they take on, wanting to learn how to improve and become the best at what they are working on.

.The type 3 individual who is ordinarily focused and goal-oriented, can become rather complacent. They switch from being focused on getting important things done, to just taking on random tasks which don’t really hold that much value to them. Instead of being headstrong and ready to take on anything, they can seem much more lax about things and even a bit disinterested in what used to be important. They can struggle to really seem all that passionate about what they are doing, just going along with things and getting stuff done as they go. They can seem more drawn to busywork, things which keep them preoccupied but really don’t hold that much internal value for them. The normally driven type 3 seems far too laid-back and like they don’t really have a direction or important goal to push towards. This definitely seems like a major shift in behaviors, especially for the people closest to them. The type 3 individual who is normally so focused and ready to wow others with their skills and drive, seems disconnected and even a bit numb to the things which once mattered. This is something which happens because of extreme stress, and often the three is feeling overwhelmed by all of the tasks they have taken on previously. They find themselves struggling to really process everything around them, and so they become distant from those goals which once mattered so much. The pressure can be something which weighs down on anyone, especially if it all starts to pile up too much at once. When this happens it pushed the type 3 person into distancing themselves and becoming much less adamant about accomplishing those goals and working towards something greater than just the practical tasks they have in front of them.

It is important for the type 3 to remember how to manage their stress in order to avoid heading into disintegration. They might find themselves feeling disconnected or like they are going through the motions, which is a clear sign that they are struggling with the stress around them. If they start to tune out and don’t really feel interested or passionate about what they are doing, then they need to take a step back. This might mean they need some time to themselves, some time to recharge and not allow the burdens and expectations to overwhelm them. Knowing when they need to make time for some rest is truly important if they want to avoid going into disintegration once again. Since they care so much about accomplishing their goals and always being efficient, this is certainly something which can put a lot of pressure onto their shoulders. This is why taking a step back when they start to feel overwhelmed can really help them avoid going a bit too far. If they can recognize that disconnected and feeling disinterested in their goals, then they can learn when it is time to take a break from all of their stress and responsibilities for a little while in order to recharge and get back to normal.