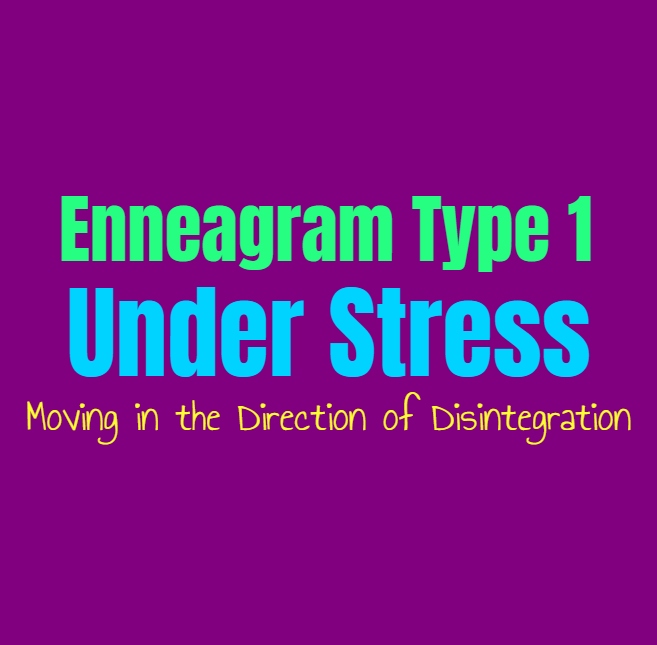 At their best the type 1 individual is conscientious and pragmatic, and are capable of discerning what is right and wrong. They are good at telling the difference and value being someone who does what they believe is good and right. They care about their goals and work hard to get things done in the right way. They are perfectionists by nature, striving to ensure that they always do their best and know how to improve. They tend to focus on their responsibilities first and their feelings become much less important to them. They would rather put aside their inner feelings in order to ensure that they get things done and tend to their tasks the best way possible. Their responsibilities mean a lot to the type 1 individual, and so they don’t want anything to stand in the way of this or compromise it. They are dependable people because of this, standing by their word and working hard to always do what they feel is right. Their internal values and sense of responsibility is a big part of who they are and how they perceive the world around them. For one’s being someone who follows the right path and stands by their beliefs and goals, is truly important and valuable. They are constantly reassessing their inner values and weighing them against the world around them to ensure they are on the right path.

When the type 1 person is under extreme stress they tend to look more like an unhealthy version of a 4 type. They start to feel overwhelmed about the expectations of others, or feel like people around them aren’t being helpful and appear a bit too lazy. This starts to send them into their more stressed out mode, and they can exhibit behaviors which are entirely unlike themselves. Instead of being practical, the type 1 individual becomes more focused on their emotions and feelings about a situation. They feel like people might be taking advantage of them and can want to avoid being around others entirely. They can start to search for some sort of escape or way to make themselves feel better in the moment. They might start to obsess over finding people who actually appreciate them and recognize all of the hard work they put into things. This can cause them to distance themselves from the people in their lives, especially if they don’t feel appreciated by those people. The fact that they are always so dependable and there for those around them, can actually be a point of contention for the type 1 when they are moving towards disintegration. They can feel stressed about the fact that they are always the dependable one, not really feeling like they are being appreciated in the right ways. This can make them feel disconnected from their life and the people in it. They can start to resent those around them and can become extremely withdrawn and even a bit moody. Instead of focusing on what is practical and right, they focus on their negative emotions and stressed out feelings.

For the type 1 individual it is easy to put themselves into high stress situations. They are perfectionists who believe in going after their goals and working hard to get things done. Always wanting everything to be done perfectly can create a stressful environment and put way too much pressure on the shoulders of the type 1 person. This is why it is so important for them to learn when to take a step back and actually make time for themselves to relax. Allowing themselves a real chance to take a break and enjoy the moment, is vital if they want to avoid creating these stressful disconnects from themselves and their ordinary behavior. Type one’s don’t really focus on their feelings, instead they try to be practical people. While it might not be easy to make time for their own emotions, it is definitely something they need to do. In order to avoid becoming so overwhelmed by their inner feelings, they need to give themselves a chance to experience them and maybe even express if they are feeling stressed or unappreciated by others. Allowing themselves to express those feelings can help them work through them in a much healthier manner.