4 Frequent INFP Struggles Which They Experience In Life 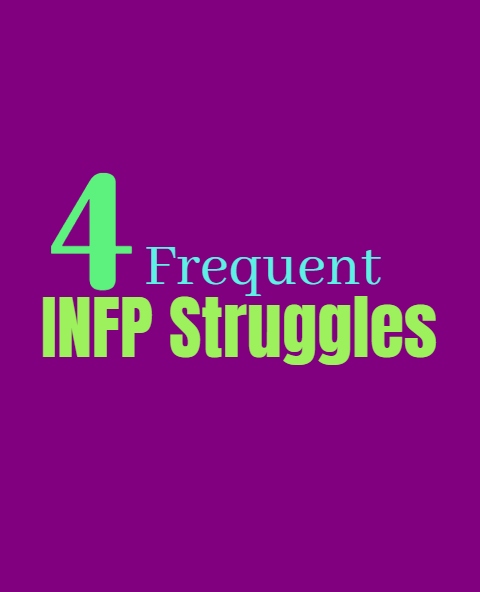 4 Frequent INFP Struggles Which They Experience In Life

Everyone has their own set of personal struggles and things which are just naturally draining for them. While we all have struggles and difficulties in life, for each person these are often different. What one individual finds challenging, the next might find simple and easy. There are certainly struggles which are tied to personality types, and some types are just more naturally prone to finding difficult in these things. It is important to recognize these struggles and realize where certain types might feel overwhelmed. Knowing these struggles can help us to overcome them, or find means of lessening the frustrations we feel in these areas of our lives.

For the INFP self-awareness is truly important, and so they do their best to understand themselves and where they will struggle. INFPs don’t like feeling obligated to face these struggles though, and would often rather avoid the things which make them feel anxious and stressed. They know that they aren’t perfect and that certain things will be a struggle for them, they just don’t want to be forced to dive into those things when they can find other ways of getting things done. INFPs care about overcoming obstacles and being able to explore new things, but that doesn’t mean they want to constantly put themselves in these difficult situations.

INFPs are often procrastinators and might struggle to finish projects once they start. INFPs have such active inner minds, and they find themselves going off in different directions because of this. When they are inspired by something they often follow this path and want to learn more and feel a sense of freedom and openness. This causes the INFP to lose interest in some projects, especially if those projects just don’t excite them any longer. Being someone who is bored easily can be both a blessing and a curse. This boredom is often because the INFPs mind is so filled with new ideas and creativity, but it causes them to lose sight of the things they should be getting done. This can get the INFP in tricky situations, where they find themselves rushed to finish projects and deadlines right at the very last second, or even a bit later. It can certainly be a struggle for the INFP, since they don’t like feeling obligated to focus on something. They would rather feel the freedom to explore their own path and own unique ideas.

When it comes to small-talk the INFP naturally struggles to deal with this in life. They find it boring and often emotionally exhausting when they have to participate in small-talk. The INFP prefers in depth and interesting conversations, and would rather dig deep. They want to discuss someone’s hopes and dreams, as these discussions are much more intriguing for the INFP. Small-talk feels like an obligatory discussion, and is extremely draining for them. When the INFP is in situations where the small-talk is necessary, they find themselves feeling exhausted and wanting to get away. The INFP might even avoid these scenarios at all costs, trying to keep away from any situation where small-talk will be inevitable. This is something which can sometimes hold the INFP back in life, since they avoid situations which require small-talk. Sometimes small-talk is needed to make the right connections, or even get through a work setting which they must be part of. This is certainly frustrating for the INFP, and they find themselves wishing they could avoid it altogether.

INFPs sometimes struggle with plans, and really don’t like feeling obligated to follow them. They enjoy living more based on their own rules, and find that they become too distracted to really stick to a strict timeline. They find themselves wanting to go where their heart leads them, and this doesn’t always mean making it to things on time. While INFPs don’t mind planning some events and things in their lives, a strict schedule really isn’t going to work for them. There are times when they might show up late simply because they become distracted and lose track of time.

INFPs sometimes feel lost in life, and don’t really know how to uncover their purpose. They believe that they are meant to do something greater than themselves, and to serve this bigger purpose. While they believe in this, sometimes the pressure of that can make it challenging for the INFP to really find such a purpose. Constantly feeling like they are meant to do something more and make a real difference, leaves the INFP feeling stressed and as if they just aren’t doing good enough. This creates a strain for the INFP and makes them come down rather hard on themselves. No one judges the INFP like they judge themselves, which is certainly something they struggle with in life. Constantly feeling like they aren’t good enough and could truly be making a bigger difference, is likely to overwhelm them and make them feel lost.