ISTJ Love: How the ISTJ Falls in Love 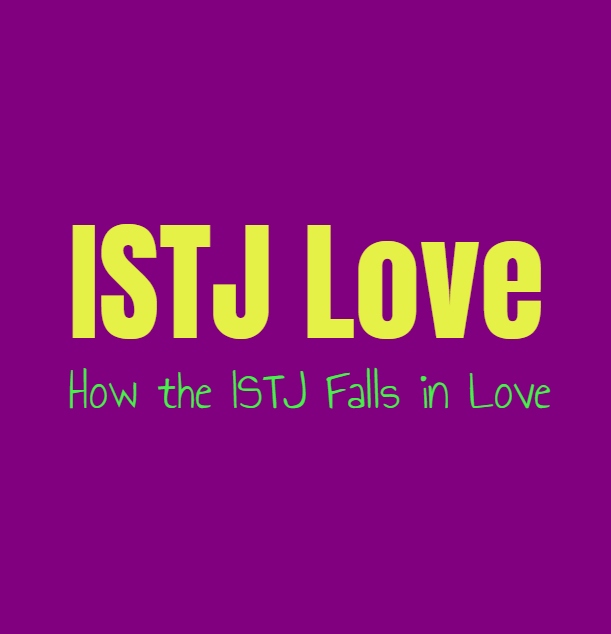 ISTJ Love: How the ISTJ Falls in Love

ISTJs are often viewed as cold people who are solely focused on facts, but this is not true to who they are. ISTJs are actually deeply feeling people, they just approach emotions from a different perspective than feeling types might. When the ISTJ loves someone it means very much to them and is not something they take lightly, they just don’t easily express their feelings on the outside, instead they keep these things to themselves and express them in practical ways. ISTJs might not fall in love fast, but when they do fall in love it is for the long haul. ISTJs are not likely to toss aside a serious commitment with ease, instead they want to nurture and care for their romantic entanglements.

They Take Their Time

ISTJs take their time falling in love, and want to be sure that the person they are interested in has all of the right qualities to match their own. They look at this person from a research perspective, wanting to understand as much as they can about them. While to some this might seem a bit too practical, for the ISTJ it comes from a place of caring. When they become truly interested in someone and start developing feelings for them, they want to be sure that they aren’t wasting anyone’s time before diving into the relationship. For the ISTJ it just seems unwise to allow emotions to be their only guide, as it can lead to heartbreak and feel like they are really wasting time. Instead they want to learn more about this person to see if they are compatible and can actually make a connection which will last for a long time. ISTJs value commitment and they take their relationships seriously, they wouldn’t want to jump into something with a person only to discover that they have serious incompatibilities which will soon drive them apart. This seems like a reckless way to fall in love, and to the ISTJ is unfair to everyone involved. This is why researching someone is important for the ISTJ, so they can understand them better and see if they are safe to dive in and allow themselves to fall.

ISTJs value loyalty and commitment in relationships, and consider these qualities to be vital. They want to be with someone who is capable of taking the relationship seriously and who can actually commit to a future with them. ISTJs are rarely interested in casual dating, as this feels like a waste of their time and energy. Instead they want to find someone they can share their lives with and can actually see themselves with for a long time, hopefully forever. This is where ISTJs are actually much more romantic than people might realize, since they often believe that people are capable of making this type of commitment and working hard to ensure that the relationship will last. For them it can be much more practical, but that doesn’t make it any less valuable. It is about working hard on the relationship and always remaining loyal to the person they love and care for. ISTJs will invest a lot of themselves and their heart into maintaining the connection and they don’t believe in just walking away because things get hard. Where other people might give up at the first sign of a bumpy road ahead, the ISTJ wants to build a strong foundation which can withstand these struggles. They are practical people who realize that life can sometimes get challenging, and so they want a partner who can weather the storm with them, not fall behind just because it gets a bit scary.

They Have Their Own Unique Brand of Romance

ISTJs might not be romantic in the emotional and over the top sense, but they have their own type of romance. For the ISTJ being romantic is more about taking care of the person they love and being the one they can always lean on when things get hard. They will show support and stand by their partner, even when the rest of the world turns on them. They don’t believe in abandoning the people they love, even when they are struggling with something. Instead the ISTJ will be by their side and will fight against anyone who tries to hurt them. They are protective of the people they love, and give everything they can to make them happy. The ISTJ might not do this in typical ways, but instead they do whatever they can to show their love and support. ISTJs will be the one who never forgets a birthday, or a special occasion, and will make sure to show up on time when their partner has something they need them there for. This might not appear romantic to some people, but in reality it comes from a place of sincerity and deep love.

ISTJs don’t believe in hiding things or being insincere, instead they want to always be honest with the people they love. This is something which holds true in their relationships, which is why ISTJs are statistically one of the types less likely to be unfaithful in a relationship. This is because they see this as lying and being dishonest, and that is against what the ISTJ stands for. Instead they believe in telling things straight and expressing when something isn’t right in the relationship. They want to work on the relationship and care deeply about providing for their partner. For the ISTJ it is often natural to be the breadwinner of the family, and the person who picks up the slack when things get a bit rough. ISTJs are not afraid of strife, they just want a partner who will stand by them and show that they appreciate the ISTJ as well. They give honesty and loyalty and these things are really all the ISTJ wants in return. They might not be the most expressive people, but when they fall in love they fall hard and for the long haul.

Read More About the ISTJ: