INTP Ghosting: How they Deal with Ghosting People and Being Ghosted 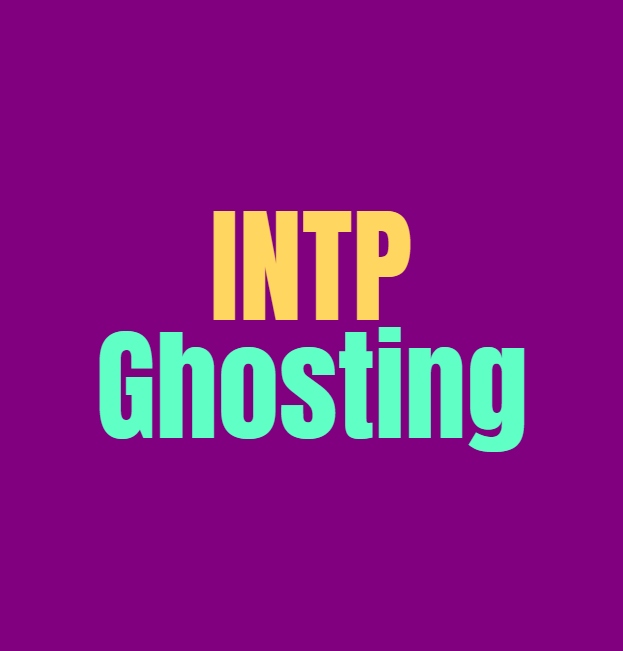 INTP Ghosting: How they Deal with Ghosting People and Being Ghosted

While for INTPs the idea of ghosting can be very hurtful, that does not mean they are incapable of it. Ghosting tends to be one of the more hypocritical acts they might be prone to, but it is something they don’t do with the intention of hurting people. It is just one of those things which can be a struggle for some people to deal with appropriately, as ending relationships is never really an easy process. INTPs aren’t all that comfortable dealing with emotional situations, and so sometimes they can ghost without fully realizing what they are doing. INTPs don’t intend to hurt people, and for them ghosting is actually a deeply upsetting act.

INTPs are introverts and they require a lot of time to themselves without constant interruptions. There are times when they might ghost someone unintentionally, since they start to distance themselves and go into a bit of an introverted hole. When the INTP just needs time to process their feelings and thoughts, they might not know how to clearly express this to someone. The less mature and developed INTP might ghost someone without fully meaning to, since they just don’t know how to ask for this space they need to figure things out. If they fear someone might not be able to handle this answer, then they will just start to ignore them and try to force that space. They might not want this to be their long term choice, they just need time alone to figure out their own headspace and what is going on in their personal lives.

INTPs can also do this to friends who they aren’t quite as close to. People might not realize that the INTP is simply going heavy into introverting, and so they feel like this means the friendship or connection is over. The INTP might not be great at expressing that this is just a much needed break from interacting, and that they still value the friendship or relationship. This can result in the person moving on, and the connection simply fading out. The INTP isn’t always great at initiating, which is a major reason why this can happen.

Sometimes INTPs will ghost someone when they feel like it is the only possible way to make a clean break. They can be so focused on the logical aspect, that they disconnect from the emotional. When they know what the relationship just won’t work, the INTP will weigh the options and try to logically figure out the best way to disconnect. Sometimes they can see how giving their truthful reasoning isn’t always the best way for a truly clean break. Sometimes they want to remove this person from their lives but are fearful that expressing this will only make the situation worse. When they see this as the only option, the INTP might ghost someone as a means of removing them from their lives. They can be more connected to problem solving than emotions, and so this can be a reasoning behind ghosting someone.

INTPs also might want to avoid conflict, and dislike the idea of getting into a serious argument with someone when they do feel emotionally invested in them. If a person refuses to let go and will only make the situation worse, the INTP might take to ghosting them to move on from the relationship. They don’t necessarily feel proud of this, but dealing with emotions just isn’t natural for the INTP. If they don’t see the best way of dealing with things or mending the situation, then sometimes ghosting seems to be their only option. For the INTP intense emotional situations can be challenging, especially if the other person involved is naturally a very emotional person. They become especially uneasy around people who are emotionally abusive or cannot seem to contain themselves if they are angry. Instead of dealing with a blow up the INTP might feel like ghosting is really their only way out of the situation. They often weigh this out depending on the person, and how they foresee the situation going. When they don’t really feel like they can make the breakup or disconnect happen smoothly, then ghosting can be the answer for INTPs sometimes.

INTPs actually have a hard time dealing with being ghosted and might develop trust issues if this happens to them. Just because they don’t understand emotions as well does not mean they don’t feel things deeply, which is why ghosting can be so upsetting for the INTP. When the INTP is ghosted they are likely to become frustrated and upset, trying to analyze and figure out what went wrong. This can cause them to be fearful in future relationships, always a bit worried that someone is going to repeat this same behavior. They can struggle to overcome this, since they can’t easily find answers to exactly what went wrong. When the INTP cannot find the answers it makes it challenging for them to figure out ways to avoid this in the future, and so they can become a bit paranoid as they try to analyze future connections. INTPs do get hurt deeply when they care for someone, and so they might want to protect themselves from allowing this to happen again down the line.