ESFP Se-Te Loop: What It Means and How to Break Free 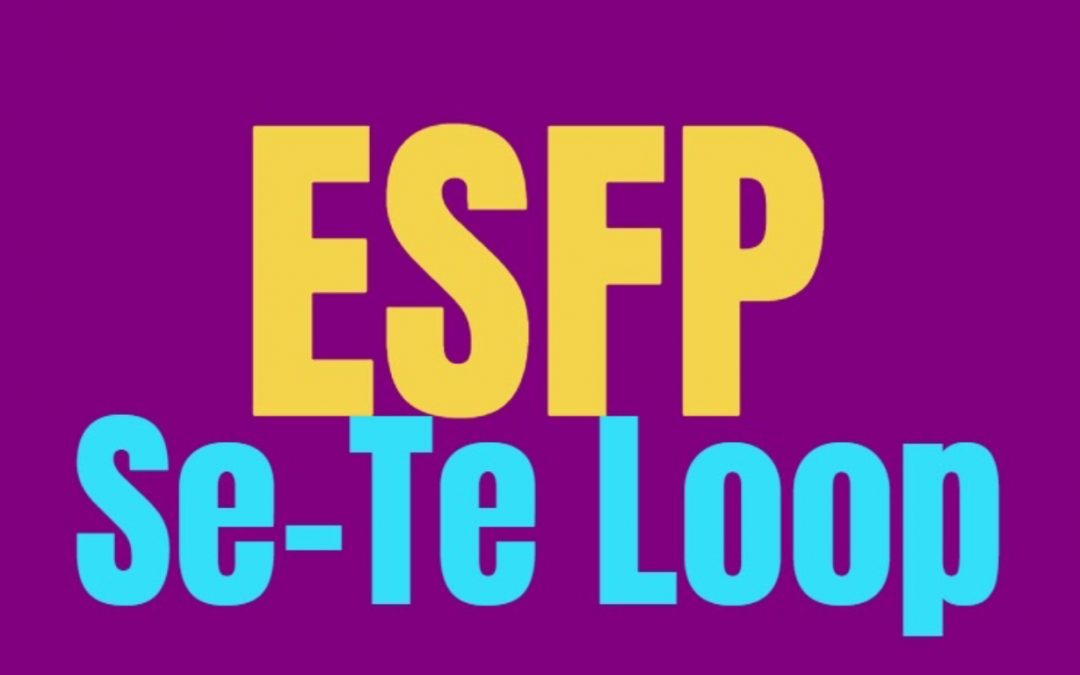 ESFP Se-Te Loop: What It Means and How to Break Free

ESFPs when they are in their loop will focus only on their extraverted functions, neglecting the use of their introverted functions. The ESFP will use their extraverted sensing (Se) as well as their extraverted thinking (Te), when they are in this loop. Ordinarily their auxiliary introverted feeling (Fi) function is very important to the ESFP and how they process the world around them, but during this loop that function becomes pushed aside. This causes the ESFP to behave much differently than they normally would, which is why their loop can actually be rather stressful for them and those around them to experience.

Normally the ESFP utilize their secondary introverted feeling function, as this is what helps them determine what they believe is right and wrong. This is what causes the ESFP to value their own inner emotions, and gives them a strong sense of self. While ESFPs like to take action and live in the moment, their Fi is what helps them decide if these choices align with their own inner beliefs. ESFPs do like to take action based on what they feel is right in the moment, which can make them seem reckless but their Fi is something which helps them weigh out these decisions. While they might be very spontaneous people, the ESFP is still following what they are inspired by and what excites them. They want to do what they feel is right, but this is based on their own morals and sense of inner beliefs. Their introverted feeling is important to the ESFP, as it helps them make these choices and gives them a stronger awareness of who they are what they want most. For the ESFP this is a long process which happens over time, and they are much more consciously aware of their sense of morals than people might realize. They do however, like to speak their mind and be rather open about what they believe is right. ESFPs don’t like to be stagnant or allow things to come to them, instead they want to experience life in the present moment and get caught up in things which spark their sense of passion and excitement. This introverted feeling function is what helps the ESFP know they are on the right path, and helps them learn from any potential mistakes which might happen along the way. Being someone who follows their heart and jumps into things does sometimes get them into trouble, but their sense of inner morals is what helps them assess these situations. This is why ESFPs are considerate of those around them and do care about doing what they can to avoid hurting them.

The Se-Te  Loop in ESFPs

When the ESFP is stuck in their Se-Te loops they become focused on taking action, and can become rather tunnel-visioned. The ESFP is constantly trying to “do” without really considering what the ramifications of those actions might be. Normally their introverted feeling function is what helps the ESFP to hold back and weigh out their options a bit more. Without the use of this function they can forget the things which normally matter most to them, and struggle to really consider the moral aspect of any choices they will make. The ESFP becomes very focused on planning and getting things done, without much care of how this might affect those around them. Normally the ESFP would be conscious of these actions, when in their loop they just want to focus on what seems most logical. They can become focused on information and seeing the details of a situation and struggle to see the other layers of what is going on. They seem a bit aggressive and determined to get things done no matter what, which is not the norm for the ESFP. While they can certainly be capable of chasing their goals, the ESFP is not normally aggressive in their path to accomplish them. Their loop causes them to lose sight of their sense of moral code, wanting to only focus on facts and details instead.

How to Escape the ESFP Loop

The ESFPs might go into this loop when they are under extreme stress, or when a major change has occurred. When it seems like all of their previous choices have caused the ESFP to fail, they can go into this loop in order to fix things. At first this can be fine, but after a while this loop can be draining for the ESFP and everyone around them. The best way to escape the Se-Te loop for the ESFP, is to focus on their introverted functions. The most important function to focus on for the ESFP is their introverted feeling (Fi), which is what they have been truly neglecting. They need to take some time to self-reflect, and find things which ordinarily relax them. Whether this means reading a book, listening to music alone, or going somewhere peaceful in nature. The ESFP needs to separate from taking action, and instead focus on those inner emotions which are so valuable to them.