ESTJ Te-Ne Loop: What It Means and How to Break Free 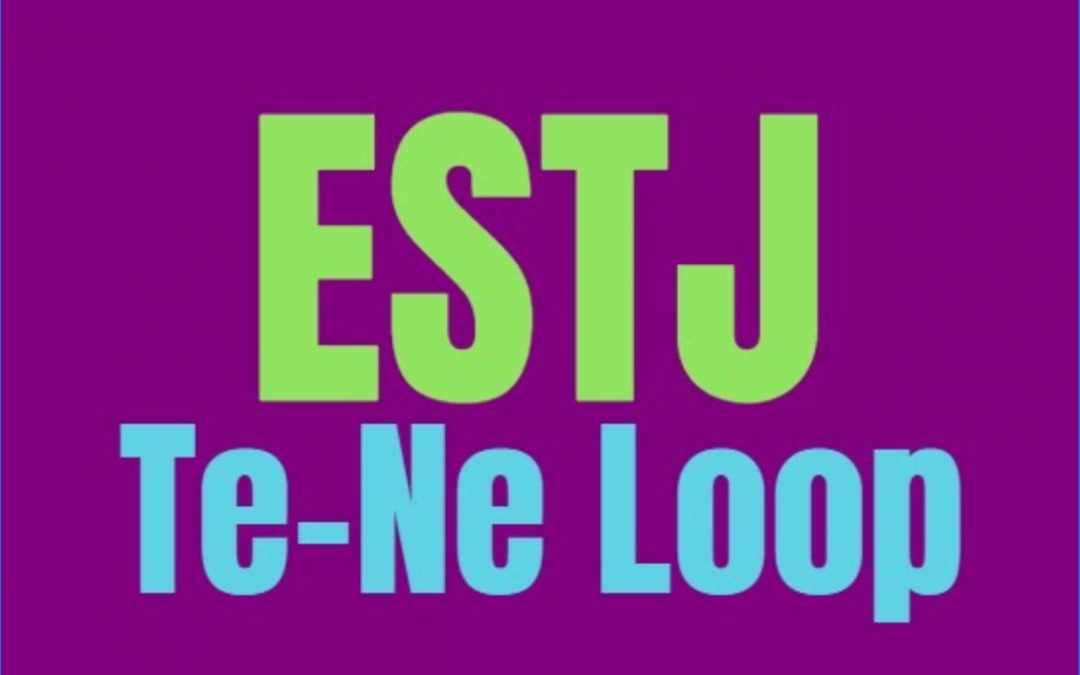 ESTJ Te-Ne Loop: What It Means and How to Break Free

For the ESTJ their loop causes them to focus on their two extraverted functions, their extraverted thinking (Te) and extraverted intuition (Ne). They will neglect their introverted functions entirely, even though they are normally drawn to their auxiliary function which is introverted sensing. For the ESTJ their second function is also very important and helps them to process things and become more capable of seeing information from a grounded perspective. Without utilizing this function the ESTJ can lose a sense of direction and find themselves going in so many different possible paths at once. This is why the combination of functions is so important, and why the loop can be rather frustrating after a while.

The Te-Ne Loop in ESTJs

When the ESTJ is in their Te-Ne loop they become a bit more chaotic in their choices, and much less grounded than usual. They can see all of the possibilities around them, and instead of taking time to plan they simply jump into these new things. They don’t really think things through like they ordinarily would, instead they take action on every exciting idea without planning accordingly. The ESTJ is still very driven to get things done and are very action-oriented, but they do this without really managing their expectations. They find themselves taking on many new projects, not really knowing where to narrow things down. They might jump into these different tasks without considering the best ones for them, and just want to seek out outside validation along the way. ESTJs aren’t normally focused on seeking approval from others, but during their loop they can become very interested in how others view them. They want to impress those around them and really need this validation in order to feel confident in themselves and what they are doing.

The ESTJ in their loop sees every single possibility, and wants to leap into action without considering the logical side of this. Without using their introverted functions they can no longer see the best way to manage these possibilities, and instead just want to jump into all of them. The ESTJ starts to feel and seem like they are pulled in a million directions, unable to really see a clear path or goal to follow. They find themselves chasing all of these possibilities without being capable of using lessons from the past in order to see which is the right choice for them. This definitely causes the ESFJ to seem unlike themselves, as they are normally structured and focused individuals. They know what they want and which path is the right one for them, but in their loop they can lose sight of this.

How to Escape the ESTJ Loop

For the ESTJ their loop can occur under times of extreme stress, or when they feel like their ordinary way of doing things is not working for them. While this can be useful for a short time, after a while the loop can cause them a lot of internal stress. The best way for the ESTJ to break free from their loop is to focus on the introverted functions they have been neglecting. They should especially focus on their introverted sensing function, which is the one they normally utilize often. The ESTJ needs to look towards the past and try to draw themselves towards proven methods. Instead of allowing themselves to be interested in the possibilities around them, they need to find a sense of structure once again. Sometimes reminiscing about the past and trying to recall certain memories can be a way to trigger this once again. The ESTJ needs to allow themselves to take a step back, and focus on the things which help them learn and hold onto those past lessons. Their introverted sensing is what helps them to become more grounded in their choices, and keeps them focused on the goals which matter most to them. Taking time to consider the ways they have done things in the past can be an important step towards finding this sense of direction and guidance once again.