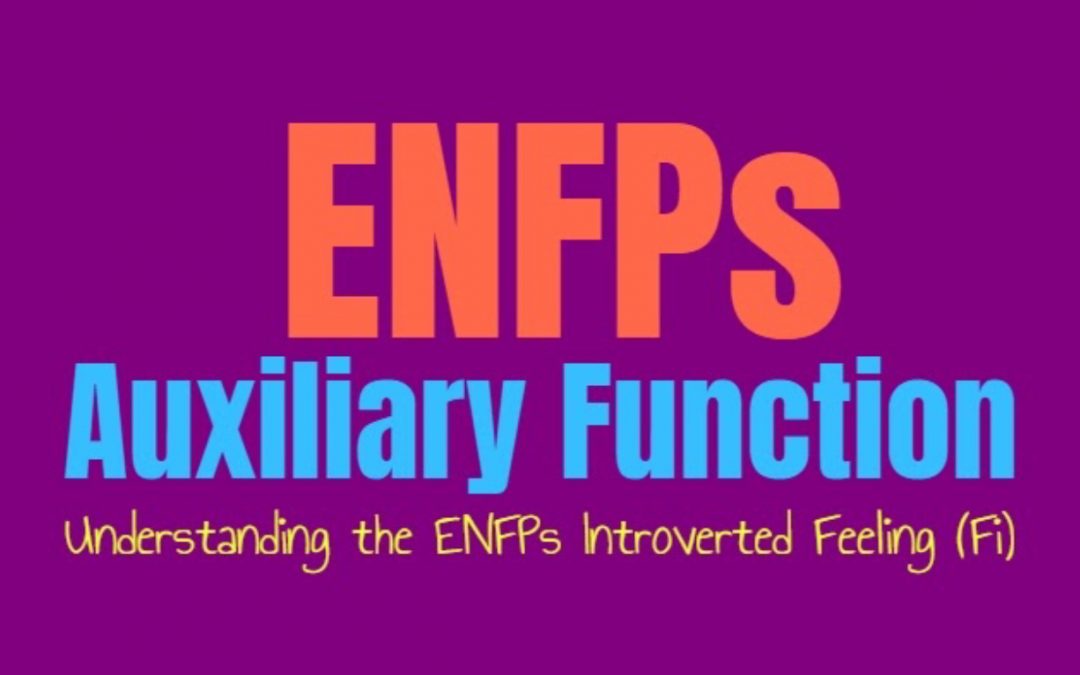 ENFPs are often bubbly and outgoing people who really love to dive into things. While their dominant function is certainly one which stands out the most, their auxiliary function is also very important. The ENFP makes choices based on their inner emotions and sense of morals, which comes from their introverted feeling (Fi). While this doesn’t express quite the same as it would for a dominant Fi user, it is still a vital part of how the ENFP views and responds to the world around them. This is why diving deeper into their functions and their placement is so vital in truly understanding how each personality type processes their world and the people in it. It is far more complex than what is seen on the surface, and the friendly and bubbly ENFPs can certainly have many more layers to their personality and who they are.

Introverted Feeling (Fi) is a function which is focused on the users inner world and sense of inner morals. Fi is what creates this strong sense of right and wrong and helps the dominant user to become rather rooted in these beliefs. Someone who uses strong Fi is going to focus a lot on understanding themselves and what they feel is truly the right path to take. They want to be sure that they are following a sense of morals and not straying from this too much. When they do make mistakes they can actually be rather hard on themselves, wanting to find a way to make amends. They care deeply about doing what they feel is right and want to be sure that they are not going against these inner morals. While this is an introverted function, it is still very much connected to the world in the sense of caring for what state it is in. The Fi user might not gain those morals and beliefs outwardly, but they do want to be sure that they consider how their actions are affecting others. It is however, based on the person’s own internal sense of values, and is rarely something which can be affected by the outside world or social norms. Instead it is based on what the Fi user feels is right and what they know to be true in their hearts.

There are common misconceptions that Fi is simply a strong connection to inner feelings, but it goes much deeper than this. This is how the INFP/ISFPs make decisions, and how they help to understand the best choices to make for themselves and others. It is tied to their values and morals, causing them to strive to do what they believe to be good and right. It also plays an important role for ENFP/ESFPs in their secondary or auxiliary function placement.

For the ENFPs utilizing their Fi is a big part of what makes them so considerate of others and wanting to help them. They can be the person who stands up for people, unafraid to speak their mind and defend someone when it seems needed. ENFPs value authenticity and doing what is true to themselves, for them this means following that inner moral code which comes from their introverted feeling function. This is part of what gives them that “free-spirit” appearance, wanting to always be true to themselves and true to what they believe in. Sometimes this means standing out, for the ENFP this is a big part of who they are. Being that Fi is their second function allows them to appear less-judgmental externally, not constantly analyzing behaviors of others in ways that some Fi dominant personalities can seem to do. While even for Fi doms it is not about being judgemental, the outward appearance of this comes from a misunderstanding of what the function is actually doing. Fi simply makes them critical of themselves and wants to push them to always seek out what is right and help inspire others to do the same thing. Being that this is the second function of the ENFP, it makes them seem much more laid-back about these things, at least until something happens which jumpstarts their Fi protectiveness. When the ENFP feels like this part of themselves is being challenged, it can become much more prominent and on the surface. They believe in standing up for what is right and true, no matter how others see this.

For the ENFP using their Fi as their second function can provide them with a strong sense of self. This is what makes them such independent people, wanting to stand up for themselves and their goals in life. Aux Fi really drives them to become secure in who they are, taking time to understand their own needs and talents. This is why knowing the functions placement is so important, since for the ENFP Fi can even make them mistype themselves as thinkers. Being in their aux placement it gives them a sense of self and confidence, even making them want to approach things from what they view as a logical point of view. Since it is actually stemming from their own inner morals it isn’t always easy for the ENFP to recognize this about themselves.