Biology of the Brain 101: What is the Brain?

How do we map the brain? To understand any discussion of relationship to human behavior, we need to know the basic structure. Once we introduce anatomy, we can start talking about function and personality. 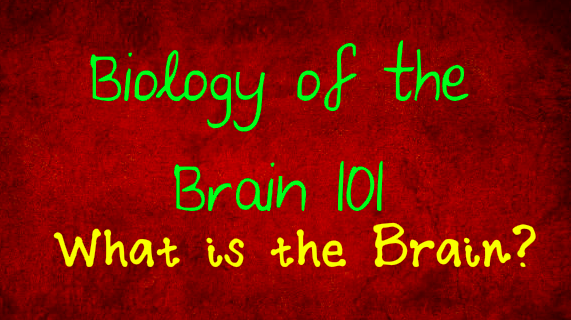 Brain anatomy is broken into four regions. Let’s start with the brainstem. This connects the spinal cord to the upper regions. The brainstem includes the midbrain, pons and medulla oblongata. Think oblong, long: this is the shape of the brainstem and spinal cord. Imagine the brainstem kind of like the base of an artichoke, where the soft heart meets the stem.

The brainstem leads into the thalamus, where good stuff happens, like consciousness and  sleep control. The hypothalamus is right there too, regulating temperature and other hormone-based mechanisms like hunger and thirst.

Next is the cerebellum, which is actually behind the brainstem. The cerebellum kind of looks like cauliflower (Think the letter C). In Latin it means “little brain.” The cerebellum controls balance, posture and muscle coordination, but we’re skipping ahead a little. Control those back muscles and sit forward in your chair: that activates the cerebellum.

The largest region of the brain is the cerebrum, the upper area where everything else happens. Its shape is like the flesh of a walnut. The outer layer of the cerebrum is the cerebral cortex, and scientists divide this into four parts or lobes: frontal, parietal, occipital, and temporal. This is going to get confusing when we start talking about brain imaging techniques and data: prefrontal cortex, anterior cingulate cortex…how many cortices can there be? They’re all part of the cerebral cortex, the outer grey matter of the brain.

For now, just remember the four regions (brainstem, thalamus, cerebellum, cerebrum) and that we map the cerebrum into four lobes. If all these terms aren’t making sense yet, check out Netter’s amazing neuroanatomy slides.

Everything in the brain is connected. The field of connectomics is exploring how physical structure is related to how the brain stores information. Professor Jeff Lichtman explains it better in this video, part of Harvard University’s free Fundamentals of Neuroscience course. Dr. Lichtman reminds us how limited we are in our current understanding and calls it “the paradox of trying to understand a brain with a brain.” One challenge in mapping the brain today is having enough space to store all the data: can you imagine?

Functional magnetic resonance imaging (fMRI) is one technique scientists use to discover which parts of the brain are responsible for different functions, feelings or tasks. We can see areas light up in response to increased blood flow. This is because neurons (brain cells) need oxygen, and oxygen gets there on hemoglobin molecules in the blood. Once the blood cells lose oxygen, they are more magnetic, so they show up differently on the image. Is fMRI safe? According to MIT’s Dr. Nancy Kanwisher, decades of research show that measuring brain activity this way is not harmful to animals or humans.

Other functional neuroimaging methods that rely on bloodflow include positron emission tomography (PET) and near infrared spectroscopic imaging (NIRSI). These techniques are useful for studying spatial relationships or functional networks in the brain. Multichannel electroencephalography (EEG) and magnetoencephalography (MEG) measure electrical or magnetic changes down to the millisecond, so are useful in time-course studies. Single-photon emission computed tomography (SPECT) produces three-dimensional images.

Thanks to these imaging techniques, we have evidence from personality neuroscience researchers showing that extraverts are activating several parts of the cerebrum. Specifically, these include the prefrontal cortex, anterior cingulate cortex, middle temporal gyrus, insular cortex, precuneus and amygdala. Neurons in these areas seem to be correlated with the excitement and enthusiasm that characterize extraversion, along with other parts of the default mode network (what our brains draw from when daydreaming).

What does all this mean for introverts? Do we have less active brains overall, or are other parts more active than extraverts? Does gender matter? Let’s keep exploring.

In the meantime, if you’re still curious, excite your synapses and enjoy some videos from the Harvard Brain Science Initiative and other neurobiology links below.