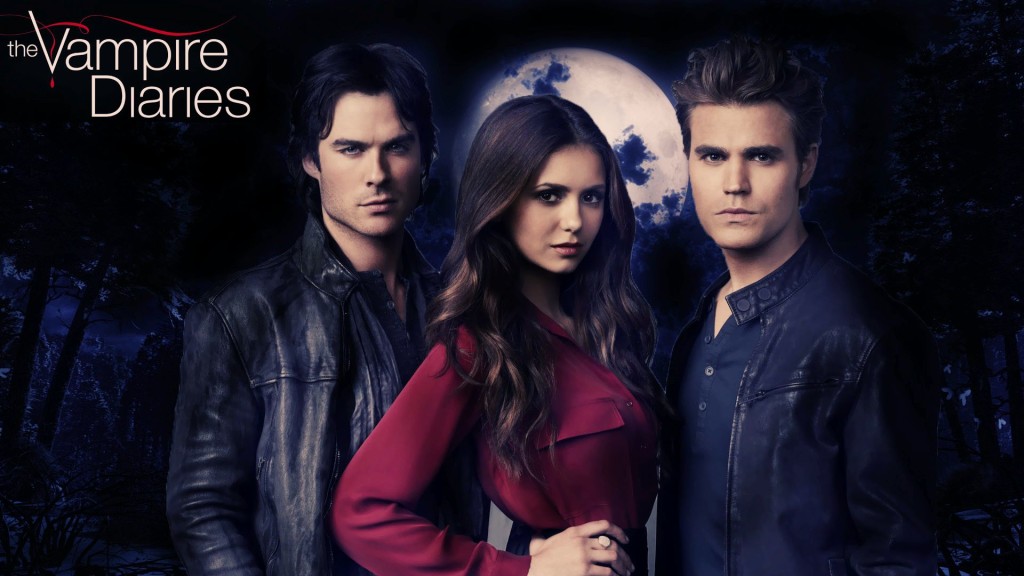 Which Vampire Diaries Character Are You According To Your Myers Briggs Type?

Even if you aren’t an obsessed Vampire Diaries fan, there is no way you haven’t heard of this popular CW television show. It has a wide array of characters, each with unique personalities. While typing these characters we have come to discover that there is a character to represent each Myers Briggs type. So with great excitement we present them to you (in GIF form).

Elena Gilbert is a deep and complex character. She is very in touch with her own emotions and has a strong internal moral system. She believes in always following her heart and trying her hardest to do the right thing. She is a romantic and believes very strongly in the power of true love. She never gives up on her dreams, and she especially never gives up on the ones she loves.

Rebekah is enthusiastic and affectionate. She believes very strongly in true love, and makes it her life’s goal to find the man of her dreams. She simply wants to find someone to share her un-life with, and she has a lot of love to give. She has a big heart and stays loyal to those she cares for. Sometimes Rebekah becomes lost in her imagination, and gets carried away with her emotions.

Bonnie is a very strong and complex character. She cares very deeply for those around her, and has a warm and open heart. Although Bonnie is very loving, she also has a dark side to her. Bonnie is not a character you want to cross, she is giving but is very capable of wrath if she is pushed too far. Bonnie is intelligent and intuitive, she seems to always be one step ahead of her enemies.

Luke is an extremely selfless and giving character. He spends most of his life trying to live up to what his family and loved ones expect of him. He is very loyal, and would do whatever it takes to protect his sister. He is self-sacrificing and will lay his life on the line for others if necessary.

Elijah is intelligent and logical. He is extremely driven and ambitious, and has a way of accomplishing his goals. He is a natural and strategic leader, but prefers to remain in the background until the moment he is truly needed. Although he does not show his affections openly, Elijah is loyal and takes his commitments very seriously.

Klaus is a gregarious and strong willed leader. He has a commanding and in control personality and doesn’t bend to anyone. He strives constantly for power, and although he is very successful in achieving it, that can sometimes alienate him from others. He does not appreciate inefficiency and has zero patience for those who are not loyal to him.

Liv Parker lives very much in her own inner mind. She has a tendency to push others away out of fear. She does not trust people easily but when she does open up, she is extremely loyal and giving. She favors logic over sentiment, and tries to be as precise as possible when making decisions. She appears very guarded and becomes frustrated with others poor decision making. She is a strong and internal character, who secretly has a very big heart.

Enzo is outgoing and larger than life. He has a very charismatic and likable personality. Even when Enzo is committing terrible acts, he has a way of making the viewer like him. He has a creative and fun sense of humor, and an infectious personality. Enzo is often very laid back and likes to take life as it comes. He is an intelligent thinker, who goes after what he wants.

Matt believes in fulfilling his duties, and works very hard to do so. He believes in doing the right thing, and strives to accomplish his goals. He is loyal to those around him and is extremely dependable. He doesn’t like change, and has absolutely no problem with living a simple life.

Liz is the sheriff and believes very strongly in upholding her duties. She is loyal to the ones she cares for and strives to provide them with everything that they need. She has a strong protective streak and is willing to express great bravery.

Stefan tends to place others needs before his own. He has a strong sense of loyalty and is constantly trying to bring out the best in others. He is very conscious of others feelings and does not like to upset people. He would much rather keep the peace, and enjoys a harmonious environment. Stefan is very warm and affectionate and strives to make others happy. He has a tendency to hold onto the past, and has strong ties to tradition.

Caroline is outgoing and energetic. She strives to make everyone around her happy and is very conscious of how her actions will affect others. She is warm, affectionate and conscientious. She has a strong desire to be liked by others, which can make her insecure at first. Caroline is very organized and has a way of getting the job done. She has a strong connection to tradition and wants to maintain order.

Tyler Lockwood is an internal thinker. Although he is outgoing and sociable, he enjoys spending time alone and often goes off without others. He thinks strategically and logically and has a natural sense of how things work. He often lives in the moment, and is in touch with the physical world around him. He keeps his personal desires to himself, and can sometimes appear very guarded to others.

Damon is an outgoing and charismatic character. He has a great sense of humor, although it can sometimes be a bit dark. He cares very deeply about others, although his decision making does not include their feelings sometimes. He can be seen as blunt, and lives very much in the moment. Damon is very confident and enjoys having fun in the present moment. He is not at all fearful of getting his hands dirty and is entirely willing to take risks.

Jeremy is a natural artist, with a warm and internal spirit. He lives very much inside his own inner world, and is perfectly comfortable being on his own. He is a romantic at heart, and has a strong sense of loyalty to others. Jeremy is in touch with his own emotions, with a clear awareness of what he wants.

Jenna is fun and outgoing. She lives very much in the moment and doesn’t like to take things too serious. Jenna likes to have fun and is perfectly comfortable being the center of attention. She cares about others around her, and doesn’t want to let them down.