ISTP Ti-Ni Loop: What It Means and How to Break Free 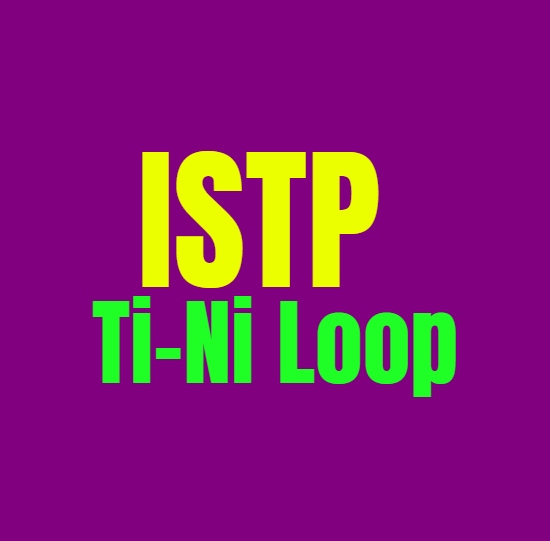 ISTP Ti-Ni Loop: What It Means and How to Break Free

The ISTP Ti-Ni loop causes them to focus only on their introverted functions, neglecting their extraverted ones entirely. The ISTP normally uses their auxiliary extraverted sensing function in order to take action and actually focus on the world around them. When they are stuck in this loop they neglect this function entirely, and this is what causes their behavior to be so different from the norm. They become hyper focused on future ideas, and can struggle to really see things in a clear and logical manner. Their minds start to analyze every detail about something, and this can create this loop which keeps the ISTP locked inside of their own minds. While they are introverts who enjoy time inside of their thoughts, ISTPs are also about action and living in the present.

For the ISTP extraverted sensing is an important part of how they process and respond to the world around them. This helps the ISTP to not remain stuck in their own thoughts and analysis, but instead helps them to take action and move forward. The ISTP enjoys living in the present moment, rather than obsessing over future or past situations. They can view their surroundings and actually enjoy taking action and experiencing a bit of thrill in life. They dislike stagnancy and want to feel free to continue moving forward, and even like to take the occasional risk in life. While most of the time these are calculated risks for the ISTP, since they do analyze the situation and come to logical conclusions, there is still some perceived risk involved and they thrive off of that. ISTP dislike feeling stuck or trapped inside of their own little world for too long, and want to actually experience things as well. They use their introverted thinking and combine this with their extraverted sensing, and this helps them to actually make use of their analysis. They can see the most logical path to take using the information they gather and analyze, and then proceed to moving towards this goal. This helps them to remove the sense of doubt they might otherwise feel and instead trust in themselves and their ability to get things done and problem solve.

The Ti-Ni  Loop in ISTPs

When the ISTP becomes stuck in their Ti-Ni loop, they lose sight of themselves and don’t have that same trust that they can get things done. They take in information and analyze it, but combining this with their Ni can cause them to doubt the information. They continue to cycle all of this information and their conclusions through their introverted intuition, which can create stagnancy for the ISTP. They keep seeing how things will likely go wrong in the future, and become hung up on this path. They continue to foresee the negative outcomes, and so they go back towards analyzing the information in hopes of solving the problems. Becoming so obsessed with the details and struggling to get out of their own heads can be rather frustrating for the ISTP who normally enjoys taking action. The ISTP spends all of their time thinking and analyzing and none of their time is spent actually doing anything about it. They can come up with ideas and ways to solve problems, but seem incapable of actually moving forward with them. Instead they become obsessive over the future, and sometimes take in past situations as well. Their minds are constantly running through things and want to analyze even the smallest of details which would not ordinarily be important to them. They get hunches or ideas about how things are going to turn out, but this can often be entirely accurate and start to lean towards paranoia for the ISTP. Their fear of how things will turn out sends them back into a tailspin of obsessive thoughts. The stagnancy keeps them trapped in those thoughts, rather than feeling free to take action and experience things in the way they normally want to.

How to Escape the ISTP Loop

For the ISTP the only way to really escape this loop is to focus on their extraverted functions, mostly their auxiliary extraverted sensing. While taking action can be difficult when the ISTP is stuck in this loop, it is really the only way to break themselves free. They need to consciously seek out ways to take action on their ideas, even if they might fail to accomplish the end goal in the ways they hoped to. Starting small can be useful for the ISTP, just seeking out the physical world around them. Focusing on their senses and the things which excite them, whether this be going outside or trying out a new restaurant. Focusing on those senses and allowing themselves to live in the present, is really the best way for the ISTP to escape this endless loop. When they find themselves trapped in this cycle it is important to take those first steps towards action, rather than allowing stagnancy to control their behaviors and thoughts.