INTJ Sheltered: What Being Sheltered Does to the INTJ Personality 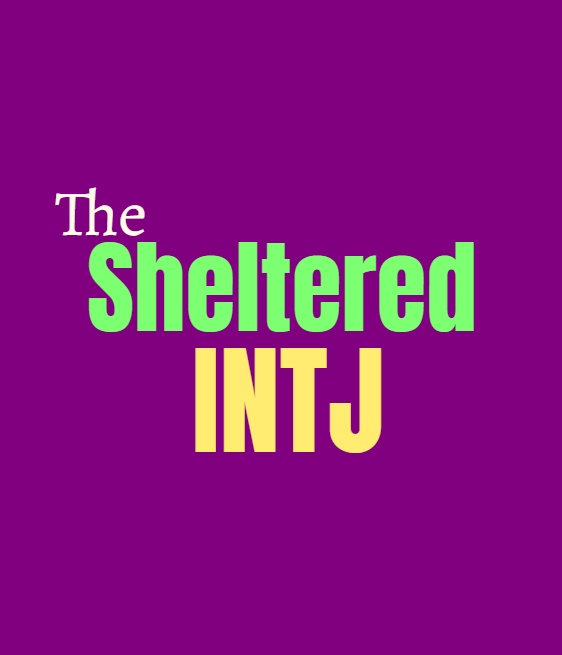 INTJ Sheltered: What Being Sheltered Does to the INTJ Personality

While a healthy INTJ who has been exposed to different things can be a well-adjusted individual, the sheltered version can be somewhat difficult to connect with. When they are sheltered they don’t have the space or ability to grow in the right direction, as most INTJs truly want to do. Naturally they do want to be able to improve themselves in every way possible, but the sheltered INTJ only seeks a certain kind of improvement. They don’t seek to understand emotions better, and are often only focused on cold hard facts. They also struggle to open themselves up to different views, and are stubborn to the highest of degrees. This can make them more challenging to connect with or spend time with, and so they might find themselves alienated from others.

When INTJs become sheltered and are not exposed enough to the outside world, they can become rather arrogant and trapped inside of their own beliefs. While INTJs are naturally focused on absorbing information and being factual, that doesn’t mean they are completely closed off to other viewpoints. They don’t bend easily, but that doesn’t make them entirely oblivious to the possibility that they could be missing information. When the INTJ has been sheltered too much, they actually do become rather disconnected from this reality and see themselves as always right. Even when they might be missing pieces of information, they struggle to accept this and always see themselves as correct. This makes them appear rather arrogant and often hard for other people to even communicate with. This version of the INTJ is so certain of themselves that they cannot be open to other possibilities and so they end up missing important facts and information. Instead of being focused on personal growth and improving themselves, they become rather arrogant and feel that they don’t really need this. This is because the INTJ becomes trapped inside of their own inner worlds and fails to connect with the world outside of them. Their minds are a rich place and even healthy INTJs spent a lot of time inside of their thoughts, but they learn how to balance this properly.

When the INTJ is sheltered they can become rather cold and disconnected from emotions. They don’t understand how to deal with the emotions or feelings of those around them, and struggle to really process them. Instead of trying to be supportive they often shut people down who are upset, hoping to focus on only the facts of the situation. While emotions are never natural for the INTJ, when they learn to grow and develop their weaker functions they become more patient and understanding of the need for emotions. The sheltered INTJs tries to bury their inner emotions but this causes them to fester and build up in negative ways. They become rather intense when they feel they are right about something and this can actually come from their tertiary introverted feeling function. They find themselves feeling overwhelmed by the situation and people disagreeing with them, and so their so-called “facts” can actually be deeply rooted in their inner emotions. This happens from neglecting those feelings in hopes of proving that they are right about something and can focus only on facts and logic. Because of this the sheltered INTJ can actually struggle with being tactful, even in situations where it is completely necessary. They don’t bite their tongue and try to express things with a more respectful tone, since they believe in being accurate instead of using tact to get things done in a smoother manner. This can cause them to alienate people, even when it comes to business situations when they should definitely know better. Their narrow-minded view closes them off from experiencing different things, and ultimately prevents them from gaining the knowledge which is very important to INTJs.

The INTJ who doesn’t alter themselves to become sheltered, or who overcomes this past, is much more capable of hearing other viewpoints. While they might not always agree with someone, they will allow them to speak their mind and explain why they believe something to be accurate. The INTJ actually enjoys hearing this, especially from people they trust and know to be intelligent minds. They want to take in their information and beliefs, and will analyze it against their own facts and knowledge. This helps the INTJ come to new conclusions sometimes, but it requires someone truly proving themselves and their information to be true. They are certainly open to other ideas and information, since INTJs favor knowledge and facts over emotions. They do this in a much healthier manner than the sheltered INTJ, since overtime they learn to put aside their own desire to be right in favor of actually removing ignorance from themselves and others.

The healthy INTJs also favors growth over stagnancy, and is often open to improve themselves. They constantly want to find ways to become a better version of themselves, and enjoy pushing their own abilities further. They also become more aware that emotions are a necessary part of life, and will do their best to be tactful and supportive of others’ feelings. While it isn’t a natural strength for the INTJ, that doesn’t mean they are not capable of improving upon this and becoming more conscious of the emotional needs of the people they love. Even the healthy INTJ might never become as deeply connected to the feelings of others, they do become more open to them and supportive.