INFP Ghosting: How they Deal with Ghosting People and Being Ghosted 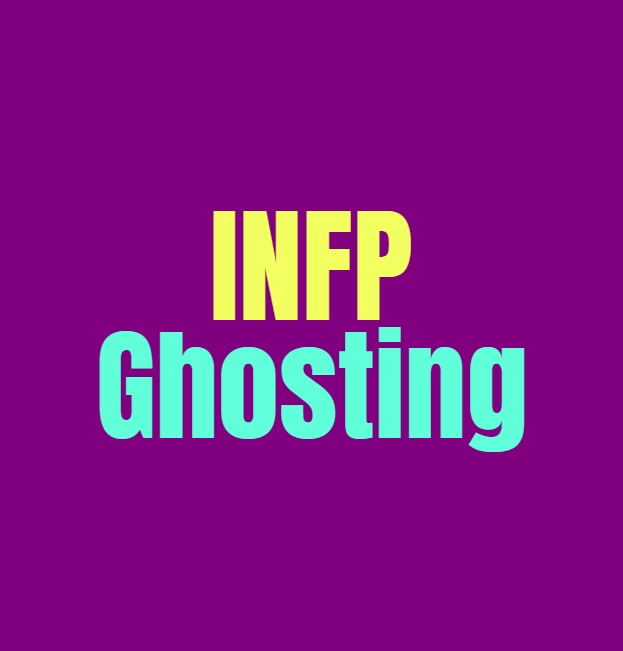 INFP Ghosting: How they Deal with Ghosting People and Being Ghosted

INFPs are often viewed as upfront people who favor being expressive about their feelings, but that doesn’t mean they are incapable of ghosting someone. The less mature INFP might be prone to this behavior because they don’t enjoy discord and will attempt to avoid it as much as they can. There are instances where they don’t feel like they need to invest their energy into someone who doesn’t care for them, and so they might ghost them rather than express their reasoning behind it. There are many reasons why an INFP might ghost someone, and so it is important to know the many layers which might cause them to do this.

INFPs don’t always ghost people intentionally, there are instances when this can actually be something they don’t fully realize they are doing. If the INFP finds themselves slipping away from a certain connections or establishments like school or work, they might ghost someone without meaning to. They can become so focused on their new endeavor or moving away from something from the past, that they start to slip away from the friendships and connections they made there. They might actually ghost someone without intending to, simply because they aren’t naturally good at initiating or keeping in touch. Most of the time being introverts makes it difficult for the INFP to keep in contact with some people, especially friendships which aren’t extremely close to them. They might like someone and enjoy being friends with them, but they have a hard time really hanging onto that connection since they don’t find it easy to constantly initiate interactions.

They might even ghost people because they are so caught up in moving forward that they don’t want those connections to the past. If these people are tied up in a part of their lives they are moving away from, it just becomes hard to try and continue to build on those bonds and relationships. For the INFP it isn’t always an intentional action, they just don’t always find it easy to reach out and continue to initiate contact. They usually do best with friendships and connections where they don’t have to constantly initiate and have people who are willing to do poke at the INFP when they want to get together. They can comfortably slip into this ghosting process, since they prefer to be on their own most of the time. That doesn’t mean the INFP doesn’t care about people, they just need a lot of time to themselves and so people sometimes think they are ghosting them when in reality they are just being a bit reclusive. If the INFP is feeling a lot of internal struggles and anxiety it can be easy to ghost others without really meaning to do this.

INFPs don’t like conflict, and so there are times in their lives when they are likely to avoid this at any cost. As they get older and mature they are more likely to come to terms with this part of themselves and search for ways to accept conflict as a part of life. This isn’t an easy process for them though, since for the INFP conflict is stressful and something they really want to avoid as much as they can. INFPs might ghost someone because they feel like that person’s energy is too intense and smothering, and they don’t necessarily feel safe of comfortable turning them down. They don’t want to deal with someone who tries to beg them to stick around and so sometimes they might ghost that person to avoid that scenario. INFPs just don’t like dealing with people who don’t accept their need to distance themselves, and so they might ghost them because of this.

Another instance where the INFP might feel like ghosting is necessary, is if that person doesn’t seem to respect their friendship or connection. If it feels like that person doesn’t care and is constantly searching for attention elsewhere, then they don’t really see a need to express their reasoning behind moving on. It might feel like ghosting is the right move, since the other person isn’t giving them the respect or consideration to begin with. INFPs do often respond to people based on how they make them feel, and so in this instance they might ghost someone because it seems appropriate.

The difficult thing for INFPs when they are ghosted, is understanding the reasoning behind this. They might go into a mode of analyzing and trying to figure out what went wrong and why this person just dropped them without a reason. Closure can be important for INFPs and so not receiving this closure can be stressful and upsetting. They will likely have a hard time moving on completely, since they still are unsure why things ended the way they did. INFPs can sometimes idealize people and relationships, and so they might struggle with seeing what went wrong and will hope that one day they can find these answers. It can leave them feeling a bit lost when it comes to making connections in the future and they might be afraid to start something up with someone again. They might start to feel like it isn’t worth the risk, which is upsetting for INFPs since they are naturally open people who want to be able to experience love and excitement in their lives.