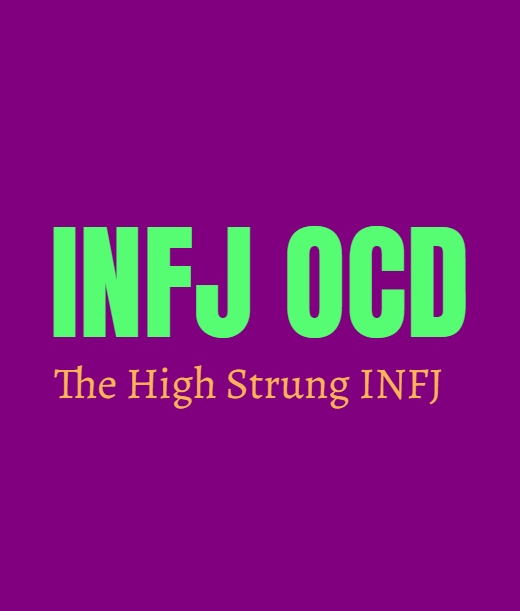 When it comes to the INFJ personality type, perfectionism and obsessive behavior is often something which can cause them to appear to have OCD. They do like having things done a certain way and don’t want people messing with a system they have in place. While this of course does not mean that the INFJ has OCD, it does cause them to exhibit certain obsessive qualities which can mislead people to think that. INFJs do overthink things sometimes, and they can get themselves stuck into behavior which can be stressful for them if they don’t try to get a handle on it. There are certainly ways to break free from some of this behavior, especially when the INFJ is feeling a bit too high strung and overwhelmed by their environment.

INFJs have a natural proclivity towards perfectionism, which can certainly cause them to become obsessive or high strung about things. When the INFJ is under stress this is something which becomes even more difficult to break free of. They put a lot of pressure on themselves to get everything perfect, and if they cannot live up to this it can be deeply upsetting for them. INFJs do this because they care about getting things right for those around them, and hold themselves to unreasonably high standards because of it. The INFJ might go into phases of comparing themselves to everyone and everything around them, always feeling like they could be doing better. When they see someone else is capable of something, they question why they cannot reach that same level. This causes the INFJ to obsess over the details, even the smallest of things they could change or improve. They might go into a spiral of self-doubt when this happens, secluding themselves from others and even pushing them away. This happens the the INFJ starts to obsess and overthink their own actions and their own self-worth. This is something which can happen to the INFJ who is not trusting in their introverted intuition, and instead they are struggling and overanalyzing the insignificant details around them. The INFJ will pick out the smallest change or mistake and will spend long periods of time picking it apart. They continuously doubt their own abilities and strengths, and stop turning to their introverted intuition to make decisions. Instead of relying on this strong part of themselves, the INFJ turns to their introverted thinking function, which isn’t quite as strongly developed. Even an INFJ who has a more advanced Ti should not spend long periods of time trying to apply pressure to this function as it is not natural for them. Their introverted intuition is what helps the INFJ to uncover the best choice for their futures and which path they need to take.

INFJs can also obsess over small details or things they are drawn to. This behavior isn’t always a bad thing, but they can continue to do this until they lose sight of the world around them. They have a tendency to get buried inside of their own worlds and this might cause them to push away reality and the people they are close to. This is something which happens under stress, but can also happen when the INFJ is trying to avoid taking any chances. They aren’t really comfortable with too much change, and so they try to avoid anything which might pull them too far outside of their comfort zone.

When the INFJ becomes caught up in obsessive or perfectionist behaviors, they need to find a way to reconnect with what is natural for them. Having someone who can help give the INFJ perspective is really important for them. They need someone who can show them a different angle and pull them out of this constant analysis. While INFJs do enjoy being able to analyze things and research, that doesn’t mean they should bury themselves into this until they struggle to really break free. When the INFJ becomes so caught up in getting everything perfect, they need to have people around them who can snap them out of this train of thought. Someone they trust who the INFJ can rely on to bring them into the physical world can really be beneficial. Sometimes they need to find some sort of activity which can draw them out, and help them regain a sense of clarity. While INFJs are perfectly comfortable inside of their shell and own inner world, that doesn’t mean that living their constantly is healthy for them, especially when they are overanalyzing everything around them. It isn’t always easy to pull the INFJ away from these habits, especially when they find themselves caught up in their own minds and thoughts. It is important for the INFJ to recognize when they are doing this, and be capable of reflecting when someone they care for is trying to connect with this part of them.