INFJ Ghosting: How they Deal with Ghosting People and Being Ghosted 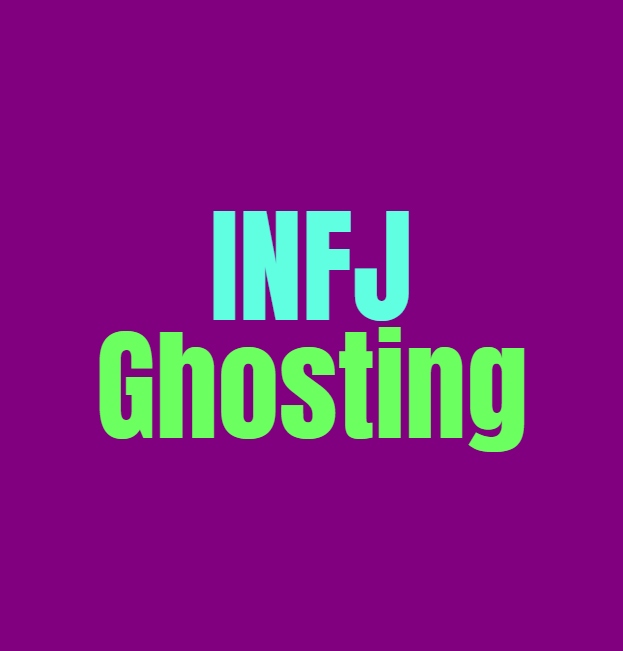 INFJ Ghosting: How they Deal with Ghosting People and Being Ghosted

INFJs are empathetic people who don’t like doing anything which could hurt others, and so they aren’t often viewed as someone who could ghost another person. While INFJs might not outright ghost people, they do cut people out of their lives. For some it can seem like the INFJ ghosts people commonly, when it reality they don’t just disappear without warning, they give plenty of warnings. For the most part a healthy INFJ will not ghost people, while an unhealthy one might show certain behaviors which aren’t as moral or positive.

The Immature INFJ and Ghosting

When the INFJ is younger and immature, this is when they are more likely to ghost someone for real. This happens because the INFJ is not as aware of their own emotions and isn’t comfortable expressing when they are unhappy. They will try and express that they need things to change, but they do this in much more subtle ways. The less healthy and mature INFJ might not know that they aren’t making things clear to their friends or partners. They often have an idea of showing appreciation and respect in a relationship, and don’t fully realize that other people might not have the same standards. They might feel like someone doesn’t care or is not listening to them, when in reality they just communicate differently. This si why an INFJ who hasn’t developed their functions and matured, is more likely to ghost someone. From their perspective they don’t view it as ghosting, since they might feel like they have expressed their needs to those around them. They just haven’t quite learned the best ways to clearly convey what they need, since they struggle with verbalizing this in a way that doesn’t make them feel overly vulnerable and insecure.

When the INFJ is accused of ghosting it is often not quite fitting of that label. Ghosting implies that the connection has been dropped without a word or a reason as to why. When the INFJ Door Slams someone, it isn’t something they do just out of nowhere. The INFJ spends a lot of time and energy trying to make their relationships work, and will often express very clearly when things need to change. When they tell someone they are unhappy with how things are, and that person refuses to change, over time this starts to wear the INFJ down. It might not be something they express constantly, but they will make their feelings known and will do their best to make the relationship work over time. When the INFJ realizes that the other person just isn’t putting forth the effort to change, the will reach a breaking point. They will be capable of completely shutting this person out of their lives, and will disconnect entirely. The INFJ does this when they have been pushed to this breaking point, and not a moment before. It often takes them a long time before they decide to shut someone out of their lives, and isn’t an easy choice for the INFJ to make.

This is not the same as ghosting at all, but some misguided people might believe it is. It is easy to claim that someone never told you to change, and ignore the signs in hopes of avoiding the argument. For people who try to pretend that everything is fine, it can appear like the INFJ has ghosted them. In reality the INFJ has likely shown all of the signs that they were going to leave, they just finally hit that point where enough is enough. When they door slam someone it is because they realize there is nothing they can do in order to fix the relationship. They do this because they are empathetic people and realize they will likely continue to buy into the excuses if they don’t cut this person out of their lives entirely. INFJs don’t take this lightly, but sometimes a door slam is the healthiest choice for them to let go.

For the INFJ being ghosted can be a difficult thing to overcome, since they invest a lot into their relationships. They might start to internalize this and will blame themselves at first. For the INFJ closure is important in these situations, or else they struggle to fully understand what they might have done wrong. INFJs don’t naturally deal well with abandonment, which is why ghosting can be hurtful for them. It is best for them to learn how to accept that this person just wasn’t right for them, and to not idealize the time they spent together. For the INFJ it is important to see where things likely weren’t fitting together, and simply accepting that there is someone out there who will appreciate and value their relationship. This is one of the most important means of moving on for the INFJ, as they will initially start to blame themselves and feel like it is something they could have done differently to change the situation when that is likely not the truth. The INFJ needs to continue searching for people who will respect their connection and not simply disconnect without saying a word.