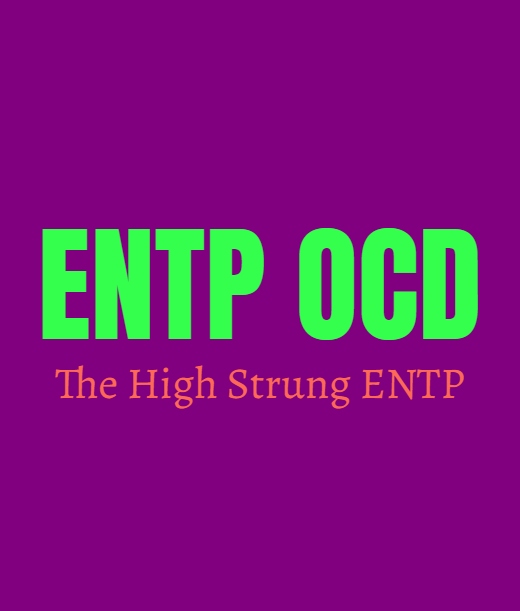 ENTPs are naturally overthinkers, which can certainly cause them to exhibit certain OCD-like qualities. This of course, does not mean they actually have OCD, instead it just means like anyone else they can show some behaviors and traits which are similar to those of someone who has obsessive compulsive disorder. For the ENTP this comes from their active inner minds, but also their desire to analyze information and come up with new conclusions and ideas from what they learn. This can be something which makes the ENTP highly creative and inventive, but at times they can get stuck inside of their own thoughts and find themselves struggling to really break free of this. When this happens the ENTP might obsess over the details, instead of looking at the bigger picture.

ENTPs have rather active minds, but this alone isn’t what causes them to overthink and appear to possess certain OCD traits and behaviors. It actually springs from the ENTP feeling as if they haven’t been able to take charge of their lives. While ENTPs can naturally spend long periods of time analyzing information and really diving deep into the facts and details, this doesn’t mean they do this to an obsessive degree. When the ENTP tends to obsess, is often when they have been stagnant for too long. Stagnancy can be rather harmful for ENTPs, since they are best when they can keep moving and exploring new opportunities and possibilities around them. They need to keep their minds busy, or else they can become stuck in a rut and even find themselves overthinking to an obsessive and unhealthy degree. When left alone with their thoughts in a stagnant position, the ENTP might start to think about rather negative and unhappy things. Instead of enjoying the ability to explore new ideas and possibilities, they become trapped in analyzing the past and certain mistakes. They might experience some of those intrusive thoughts, where the ENTP finds themselves doubting their own choices and analyzing the situation to figure out what went wrong. It never seems to help them or cause the ENTP to come up with logical solutions to improve the future, since they become so trapped in the past and in their own negative thoughts.

ENTPs really need to keep moving, or else they feel trapped and that is why these negative thoughts can start to push to the forefront of their minds. ENTPs are unhappy when their lives are overly scheduled and they don’t have any freedom. They thrive on ideas and need to be open to the different options around them. Being stuck can really cause the ENTP to feel smothered and this is where they start to really obsess and overthink. Sometimes they overthink the past, and other times they overthink the people around them. They might start to lose trust in people because they can see all of the ways they could fail them or ways they have failed. This isn’t something which is natural for the ENTP, but it happens when they become stagnant for too long. They might start to doubt their own ability to overcome obstacles, and can see all the ways things might go wrong. This turns their naturally logical analysis into something more focused on emotions and fears. While this might not be the best version of the ENTP, it does sometimes happen when they get tossed into their shadow, or when they find themselves stuck in a rut without a clear way out of this situation.

The best way for the ENTP to break free of this, is simply to take action rather than analyze the details. While they are good at looking at the facts and analysis is part of the ENTPs natural personality, they need to break free of this for a short time. Instead they will do better to focus on jumping into something new, without being afraid of what mistakes they might make along the way. ENTPs are highly capable of learning from those mistakes, and can really take a lot away from their experiences. They often enjoy trying new things even if it might not go perfectly, and so they need to have people around them who can inspire them to do this. ENTPs often need people who have a more positive and adventurous outlook, and people who won’t judge them along the way. This gives them a sense of freedom, especially when they are feeling stagnant and trapped in their own emotions.

Read More About the ENTP: