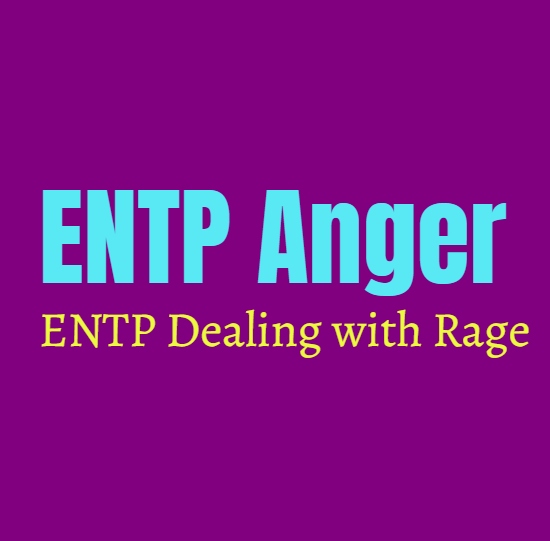 Just like everyone else ENTPs will experience feelings of anger, especially since they are such passionate people. They do attempt to push aside most emotions, wanting to remain in control of themselves and their feelings. They don’t like allowing those emotions to take charge, and so they prefer to focus on things which are rational and logical. For the ENTP allowing their inner emotions to dictate their choices is not something they will be happy about. They also have a tendency to bury certain feelings, and don’t find it easy to really express them to others, even someone they care for. When the ENTP is truly angry it can be intimidating for some, since they rarely let these feelings out but when they do they are both intense and passionate people.

ENTPs can become angry over many different things, but most of those just become small annoyances for them. Most of the time the things which really leave them feeling angry and on edge, is dealing with ignorant or idiotic people. When people do things which get on the ENTPs nerves, it can be hard for them to just let this go. They find themselves feeling deeply frustrated by the presence of certain people, especially people who continue to do things which they feel are completely foolish. Sometimes the little things like being stuck in a long line can leave the ENTP feeling frustrated and angry, but they are good at logically assessing this situation and calming themselves down most of the time. They can see how there could be plenty of potential reasons why this is happening, and don’t want to let their anger get the best of them in these situations. Most of the time they can logically see why things are happening a certain way and are capable of moving on, or simply feeling the need to vent to someone close.

When the ENTP does become sincerely angry, it can certainly be intense for those around them. This is more likely to happen when someone is intentionally trying to manipulate them or their loved ones, and this can really set the ENTP off. Witnessing a person attempting to control others, especially by playing the victim, is rarely something the ENTP is just okay with. They don’t like allowing these types of people to go on acting innocent, and often want to address the situation and call them out for their behaviors. ENTPs become especially angry with someone who continues to dismiss their facts and their information, and acts as if they aren’t good enough to be listened to. This type of person can really get under their skin and ENTPs are definitely capable of unleashing on them in a rather intense and sometimes frightening way. For the ENTP this is almost always done with words, as they know just the right ways to poke at someone’s insecurities.

Coping with the ENTP Rage

When it comes to dealing with their rage, ENTPs don’t often feel guilty over unleashing on someone. They are good at managing those feelings most of the time, and really only let them out when it is necessary. When the ENTP gets really cutting they can sometimes feel bad with just how pointed their insults and digs can be. They use facts and information as a means of tearing someone down, but only do this when they are pushed to the edge and feel it is necessary. Sometimes people need to be put in their place and ENTPs are good at knowing just the right ways to do this. They can certainly feel a sense of guilt when they do this towards someone they care for, even if they felt justified in the moment. They don’t actually enjoy hurting people, especially someone they care  for, but they do reach their limits when people are being manipulative or selfish and are incapable of listening. They reach their breaking point and feel the need to set someone straight, and this anger can certainly be fierce since it comes from a logical place of words.

For the ENTP who does feel like they are allowing their anger to get the better of them, expressing it is actually the best method. This happens when the ENTP goes too long without allowing themselves to vent or find little ways or letting out their frustrations. They can certainly become worked up over a lot of things, and without being able to express this somehow they can become overwhelmed and this bottles up and becomes worse. Most of the time the ENTP who simply allows themselves to show when something makes them angry or vent to a friend, they can manage this much better. Being able to just let it out a bit helps them let go and completely move on from those angry emotions. When they hold it inside and don’t find ways to vent or manage those feelings, it becomes much worse. This doesn’t mean the ENTP needs to go into long and deep conversations about those feelings, they simply need to vent a bit and move on.