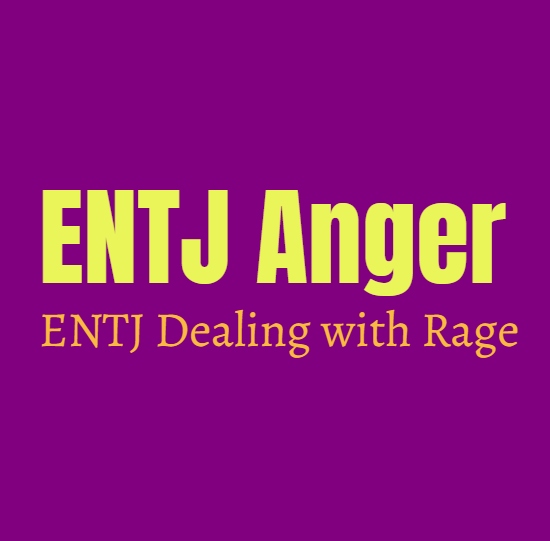 ENTJs certainly do get angry, and in most situations are not afraid of expressing this to others. They believe in being in control though, and don’t want to allow their feelings of anger to take hold and affect their behavior. For the ENTJ it is important to be able to control their own emotions, and not allow any feelings to dictate their choices. ENTJs will be more open to expressing anger when it makes rational sense to them, and when they know that they are justified in these feelings and need to express them. They do however, have times where they bury their inner emotions, instead of appearing weak or expressing them in ways that people might not be receptive to.

ENTJs often become angry about inefficiency and people who are ignorant without any hope of growth or learning. They care about getting things done and being as efficient as possible in their tasks, and when they witness people who don’t seem to care about this it can become frustrating. This is especially true in the workplace, where the ENTJ has to deal with people who don’t seem to be putting forth much effort and are constantly lazy. This type of behavior is exhausting and becomes very frustrating for the ENTJ. The more they have to deal with inefficiency the angrier they can become about this. ENTJs value people who take pride in their work and who don’t hold up those around them because of their inefficiency. When this starts to affect the ENTJ and what they are doing, it can really set them off and make them angry.

ENTJs especially dislike when people are ignorant and spreading misinformation without caring how this affects others. ENTJs value being accurate and in sharing facts with people, rather than spewing inaccurate information constantly. Seeing people who do this constantly can really cause the ENTJ to feel anger towards them and the situation. They want to be able to spread the truth and when an ignorant person is causing others to believe their lies it is unlikely that the ENTJ will just sit back and let this happen. For them it isn’t really a rage, but more of a justified anger towards someone who is causing harm. The ENTJ sees the spread of incorrect information as something which can harm people, and so it does make them angry when they witness someone who does this without caring how it affects those around them. They value people who are logical and who take the time to actually research the information they are sharing with others. While ENTJs might not be emotionally expressive people, they do care about having a positive impact on the world. Someone who spreads lies is not someone they value, and for them this is being selfish and not caring about the truth or those around them. ENTJs want to be sure to share facts with people, in hopes of helping them improve their lives.

Coping with the ENTJ Rage

If the ENTJ does snap for whatever reason, they don’t want to allow themselves to go too far with it. They might experience strong emotions and are passionate people, but that doesn’t mean they are okay with outbursts. If the ENTJ does become so angry that it comes out in an over the top manner, they will likely feel guilty or ashamed over this. They want to be in control of their own behavior, not allowing emotions to dictate how they act or treat those around them. ENTJs are capable of making amends and apologizing if they feel like their anger has turned to an inappropriate rage response. They don’t like feeling out of control, and would much rather process their anger in ways which doesn’t cause them to have outbursts. The healthy ENTJs are likely to search for ways to express this anger, so that they don’t become overwhelmed by it later on. It might not be easy for them to express or focus on emotions, but they also don’t like feeling as if they have allowed anger to control them and their behaviors.

For the ENTJ who does have moments of this anger taking control, the best thing is to take time to process their thoughts and feelings. This is more likely to happen to the ENTJ who focuses too much on tangible things and doesn’t take time to understand what they are feeling. Burying those emotions is what can cause them to build up and find unhealthy ways of being expressed. For the ENTJ who finds themselves having outbursts and now being able to properly process their anger, they need to set aside time to really filter through those emotions. Instead of pushing them aside, the ENTJ can rationally figure out where this anger is coming from in order to deal with it properly. Once they do uncover the root of the anger, they also need to feel comfortable expressing this outwardly and sometimes this means communicating with someone who is making them angry. It isn’t always an easy step, since many ENTJs can struggle with openly discussing emotions, but it is certainly important for them to do so.