The Surprising Struggles of the Female ESTJ Personality 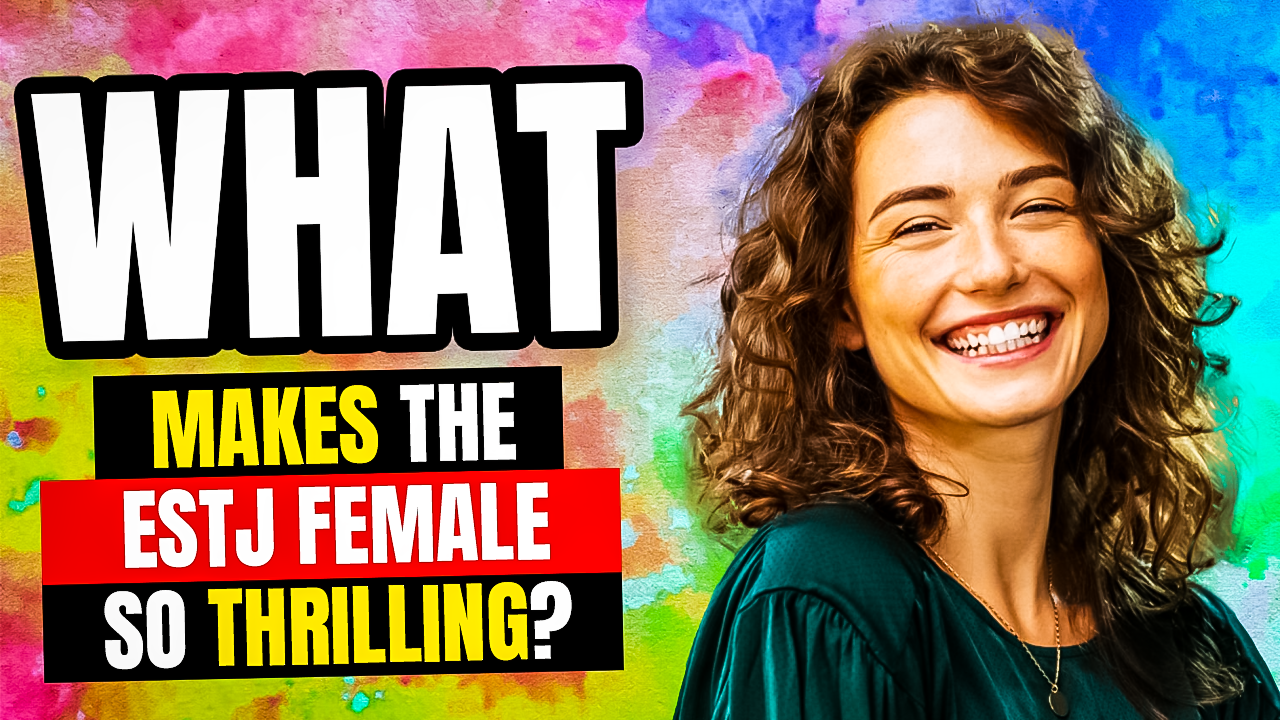 The Surprising Struggles of the Female ESTJ Personality

ESTJs are strong and driven people, but sometimes their strengths can make things difficult in life. The ESTJ woman has her own set of difficulties that she has to overcome in life. Here are a few surprising struggles of the ESTJ female.

ESTJs women are extremely independent and rarely rely on others to help them in life. Their sense of independence can be surprising for most people and might cause them to underestimate the ESTJ. They do not believe in depending on others, especially when it comes to romantic relationships. The ESTJ woman prefers to do things on her own and wants her achievements to reflect that. They are also very driven people who want to be able to accomplish many things in life. They do not enjoy simply sitting around waiting for things to happen, so they do whatever it takes to get where they want to be.

Their sense of independence can make for challenges in relationships since many people expect women to be emotionally open. The ESTJ woman is more focused on logic and practical matters than she is on her emotions. They aren’t the most affectionate people, even though they are giving to their loved ones. They simply do not feel comfortable with emotions since they rarely understand how to fix emotional issues. The ESTJ woman would prefer to have a problem in front of her with practical solutions that she can tend to. Although they care deeply for their loved ones, this independent attitude can drive people away who do not truly understand them. It is rarely something that bothers the ESTJ though since they are fine being on their own until the right person comes along. They take their commitments seriously, so they want to be sure they have found the right person for them before they jump into anything too serious.

The ESTJ woman is extremely strong-willed, especially when it comes to accomplishing their goals. They can be a bit stubborn when it comes to their beliefs and have a hard time backing down to people. This stern attitude can be a bit hard for people to take, making the ESTJ woman appear intimidating. Unfortunately, this can be more of a struggle for ESTJ women since this headstrong and driven attitude is not commonly viewed as a positive female quality. Although it can be difficult, the ESTJ will not back down or crumble under the pressure. The challenge is almost more intriguing to them since they enjoy being able to prove people wrong. Being able to push through these obstacles makes it even more rewarding for the ESTJ when they finally reach their goals.

Their strength and perseverance may not always be welcomed, but it is certainly appreciated by the right people. The people who understand the ESTJ realize that they take their loved ones into account when they move toward their goals. They want to be able to provide for the people they care for and can actually be rather generous. They might not be emotionally driven or even patient people, but they are honest and hardworking. It can be hard for them when people are intimidated by their strength and their will, but it is simply part of being a driven and intelligent woman.

They Struggle to Move On

ESTJs actually struggle to move on once they have made a commitment to someone. They want to live up to their promises and can be extremely hard on themselves when they fail to do so. The ESTJ woman wants to be able to follow through with everything she commits to and does not want to be viewed as a quitter. They hate giving up, and that is how they will view it if they are forced to move on from something or someone. When an ESTJ commits to a relationship, they take that very seriously. They will do everything in their power to ensure that it works out. If things begin to fall apart it can be challenging for them to step away. They will eventually come to realize that they must move on but will struggle with the blame if they must do so. The ESTJ definitely takes a lot on themselves and hold the responsibility when their relationships do not work out.

They know that they have to move on sometimes but will often push themselves rather far to try and make things work. ESTJs do not like failure and hate having to accept defeat in any situation. They can be extremely hard on themselves and will take the blame for things that were not even their fault, to begin with. Even if their romantic partner is giving up on them, the ESTJ will still take some of the blame for the failure. It is simply because they are hardworking and moral people who believe in always following through with things.

ESTJs experience a lot of guilt when they cannot live up to their expectations. They are very hard on themselves and push to achieve their goals. If they have certain obstacles that they fail to overcome, they will likely go through serious guilt because of it. The ESTJ woman believes in always standing strong and overcoming any struggles in their path. ESTJs in general, have high expectations for themselves, but the ESTJ woman can set even higher goals for themselves. They often feel like they have even more to live up to because they don’t want to be seen as weak or like they aren’t as good at someone else.

ESTJ women are both caring and driven people who strive to accomplish their goals. They want to provide for their loved ones and work very hard to do so. When they make a commitment it is something they hold very dear to their heart. This makes them incredibly loyal people, which also makes them amazing friends and companions. The ESTJ woman certainly faces struggles being that she is a strong and independent person, but she is more than capable of overcoming them.