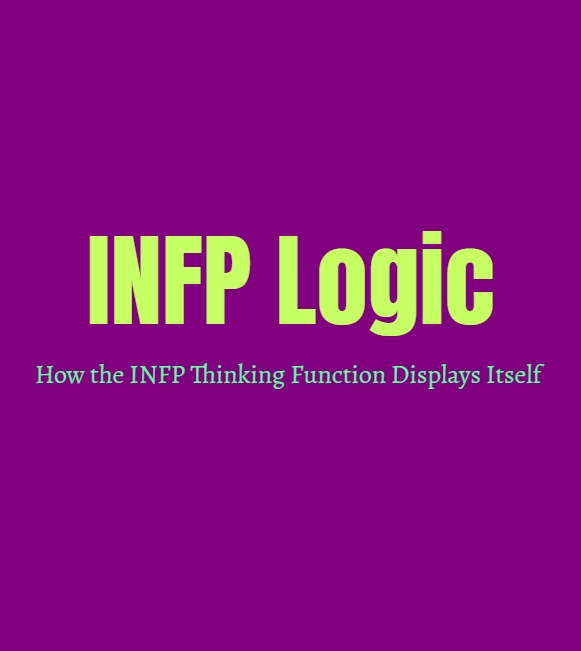 INFPs are often seen as emotional people, and while their introverted feeling function is their dominant one that doesn’t mean they don’t possess a sense of logic and reason. INFPs has rich inner minds filled with imagination, new ideas and even logical thought processes. People misunderstand the INFP often, and this is often because they don’t take the proper time to see beyond what is on the surface. INFPs might favor their inner emotions and morals but that does not mean they don’t utilize their thinking function in different ways.

For most personality types their extraverted thinking allows them to pick up on facts and details around them. They use this to connect with the world and process everything they see and absorb this information into their minds. The Te user is often very direct and focused on getting things done as efficiently as possible, especially when it is high in their function stack. They are good at following the details and figuring out the best way to solve whatever problems come their way. They are very focused on the facts of the situation and use them to try and be fair and direct. They often push aside their own personal feelings in order to favor logic and reason, and while INFPs use Te they certainly don’t put facts before emotions. This is because their thinking function is at the very bottom of their functions stack, making it display itself in very different ways.

Just because this isn’t their dominant function does not mean it doesn’t play a big role in the INFPs life. They often use extraverted thinking in much more subconscious ways, instead of using it directly. Since INFPs favor their introverted feeling function, this drives them to push aside the facts in favor of their inner morals and what is deeply important to them. This doesn’t mean INFPs don’t process this information, they actually do and are often great at absorbing many different details at once. INFPs are likely to remember tiny details and facts about the people they care for, which is definitely a skill obtained from their extraverted thinking. INFPs often use their The most when they are trying to understand the behavior of others and figure out ways to make things happen in their lives. Their Te actually helps the INFP when it comes to being hyper aware of any unfairness or injustices in the world around them. While this is mainly a value which comes from their introverted feeling, their thinking functions helps them to develop stronger morals about things by picking up on the information and facts of what has occurred around them.

How It Is Displayed

For the INFP their extraverted thinking function is often displayed more obviously when they are under stress. When the INFP is feeling strained and on edge they might become much more focused on getting things done and being rather direct about it. The normally laid back INFP becomes aware of everything around them and wants to push to get things done. They might being much more harsh to their loved ones as well, and will use facts and logic as a means of placing demands on them. When the INFP is truly upset with a person their extraverted thinking actually comes out in order to show this person all of the things they have done wrong. This isn’t something which happens often for the INFP and they often regret this instantly afterwards. Their extraverted thinking has likely cataloged many different facts and details almost subconsciously, and when someone pushes them over the edge the INFP can bring out all of these mistakes that person has made in the past in order to put them in their place.

When the INFPs Te is displayed more obviously this is often because they are in their grip. When this happens they are extremely critical of themselves and everyone around them. They want things to be done efficiently and this makes them obsess over the tiniest of details. INFPs are normally focused on creativity and how things make them feel, but in their grip they want to focus on the details and the facts rather than the emotions behind them. They strive for accuracy in a way which can seem rather unlike them and even push away the people who care for them most.

For the INFP using their extraverted thinking function is something which should be done in a much more subconscious manner. When too much pressure is applied to their dominant function it can cause them to slip into their grip and their thinking function ends up displaying itself in much less useful manners. For the INFP trying to focus too much on their Te, they often miss the more important details in favor of being direct and accurate. The INFP does best when they can learn to use this function without trying to make it their main focus. For them introverted feeling and focusing on their own knowledge of right and wrong, is the most important thing for the INFP. They are creative and open people, and so always needing to remain organized and factual just isn’t who they naturally are.