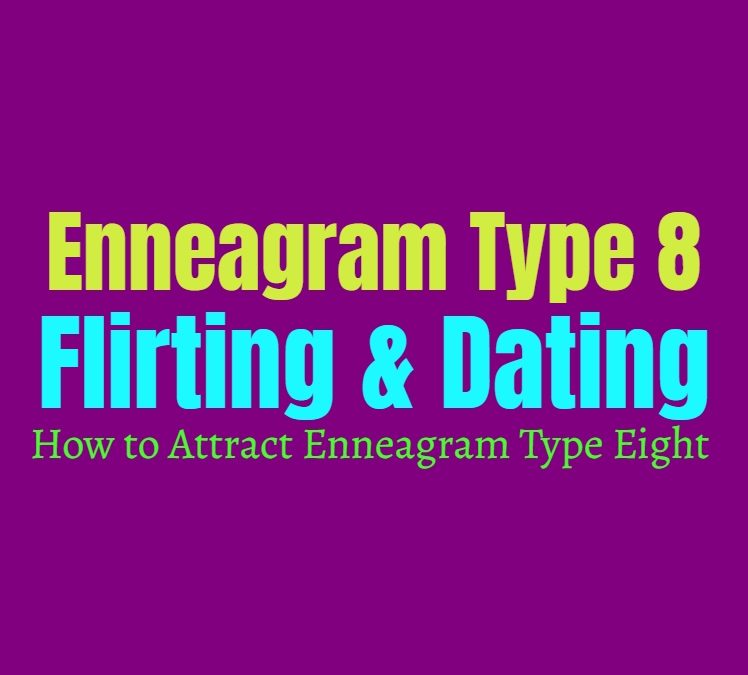 Dating can be difficult at times, and so understanding your partner and how they communicate can be a great first step towards connecting better with them. While knowing someone’s enneagram cannot instantly make you closer or give you all of the answers, it can help you learn and understand their motivations a bit better. Knowing where someone is coming from can clarify certain aspects of your relationship and help you to communicate with them in ways they understand and connect to. Learning someone’s flirting and dating style can help avoid certain miscommunications, especially towards someone you truly want to grow closer to.

Type 8 personalities are very direct and to the point, and this is something which is often obvious in their flirting style. When they are interested in someone they don’t want to waste time or beat around the bush. Instead they want to be direct and express their interest and attraction towards that person. They can be seen as aggressive when they are going after something they want, but in truth they see this as being passionate. They don’t want to miss out on opportunities and don’t like pretending for the sake of image. Instead they believe in fighting for the things they truly desire and won’t just back down because it is a bit of a challenge. When they are interested in someone they often make this very clear, and will do their best to court them and show that person what they want from them. They will be interested in who they are, wanting to ask questions and dive a bit deeper into what makes them tick. They rarely waste time playing games or trying to be coy about their feelings, and so their flirting style can be considered rather direct and to the point. They might appear a bit intense to some people, wanting to ask questions and even debate about different subjects. This is part of what helps them understand people and get a better idea of who they are underneath the surface.

Something truly important for the type 8 individual, is having a partner who makes them feel safe to be themselves. While they are aggressive and driven people, they are often somewhat defensive when it comes to their emotions. People might view them as lacking in emotions, but this is simply because they don’t want to feel vulnerable or controlled by others. They often crave a partner who makes them feel safe to express themselves, but who doesn’t push them to do so. They need that type of trust and are attracted to a partner who has emotional intelligence and can help them down their path of self-reflection. They might not express this outwardly, but they simply don’t want to feel like they have lost control to someone who they cannot trust. This is why finding a romantic partner who understands them and gives them room to grow is definitely important.

They are attracted to people who seem to their lives together, someone who isn’t all over the place and unsure of their choice. A sense of confidence is very attractive to Eights, as they need someone who makes decisions without floundering and doubting themselves. This gives them a sense of comfort when it comes to their relationship as well. Knowing that their partner is sure about them and is clear about their intentions, is definitely very appealing. They are attracted to honesty and having a partner who is willing to express themselves and be upfront about things without playing games or being passive aggressive.

It is important to avoid being too pushy with the type 8 personality, especially when it comes to emotions. While they want to be able to open up to their partner, they don’t want to feel forced to do so. They need space and independence, and certainly don’t like feeling controlled. Attempted to force them into anything is definitely the wrong wayt to go about connecting with them. Instead they need to feel safe to express themselves and need someone who is patient with them.