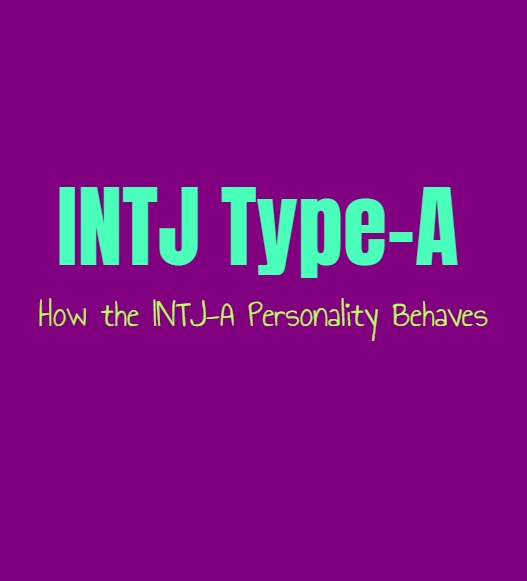 INTJs are less commonly typed as Type A personalities, instead they are often more focused on perfectionist tendencies. The assertive types know how to let go of things, and aren’t obsessed with the idea of constant self-improvement. These types aren’t quite as hard on themselves, instead they find ways to keep moving forward and always continue to remain focused on the prize ahead of them. INTJs can possess a mix of both of these traits, but ultimately they are perfectionists who do have a tendency to be rather hard on themselves. But ultimately INTJs seem to test as a mix of both these types, making them somewhere in the middle.

They Are Confident In Their Abilities

INTJs are often confident in their own knowledge, which is something that blends well for the type A INTJ. They aren’t as worried about failing, since they are confident in themselves and know what they are capable of. This inner knowledge of self is something which becomes stronger and more enlightened for the INTJ-A types. They are confident enough to take charge of a situation when need be, and are not afraid of asserting themselves around others. While INTJs are introverts, this doesn’t mean they are incapable of diving into debates or conversations. It simply means the INTJ needs time to themselves when the conversation is over, and so the type A INTJ is far more inclined to jump into conversation and debates without being hesitant or concerned with the results.

They have a strong sense of self which helps them to experience life with much less stress. They aren’t constantly wanting to improve on every little things, since they are much more self-confident. They know who they are and where their strength are, which helps them to avoid being as harsh on themselves. While many INTJs do possess a certain level of confidence, this can often be where they seem lead more towards the turbulent personality types. For the INTJ to possess the A type, it often means they are much more laid back about their own inner progress. They don’t feel that seem desire to constantly grow and change, and don’t blame themselves for things they cannot control in life. They feel much less stress about these types of improvements, and are often comfortable with who they are and what they have achieved.

The INTJ with this personality type is far more inclined to jump into rich conversations. They are not afraid of becoming drained, since they will just express a need to excuse themselves if this happens. They want to dive right into the heart of the conversation and get ready to debate on the more interesting aspects. They don’t want to waste their energy with small-talk, but this doesn’t mean they are afraid of making conversation with people. They simply strive to uncover the more complex nature of this person, so that they can figure out a truly interesting topic to discuss with them. INTJs naturally enjoy more in-depth conversations and truly despise wasting their energy on small-talk. This can make some INTJs avoid conversations completely, since they don’t want to get dragged into something meaningless and shallow. For the INTJ type A personality, they are simply more inclined to direct the conversation where they want it to go. They find ways to ensure that they can jump into a debate or something which actually inspires some sort of intellectual thought.

This version of the INTJ does not seek outward approval, and is content with themselves. They don’t allow the stress around them to alter their own feelings and behaviors. Outside struggles really don’t cause the INTJ type A to become bothered or uneasy, instead they are skilled at allowing these things to roll off their shoulders. They are more focused on their own goals and desires, rather than allowing things to affect them negatively. They don’t seek approval from others, nor do they need this to feel confident in themselves. They are much more relaxed about their choices, and are comfortable making them without the help of another person. This INTJ doesn’t really care if their actions are seen negatively by others, since they believe in their choices and are sure they are making the right ones for themselves.

This is something which most INTJs can struggle with, since they usually have a more perfectionist nature. This is something they are less inclined towards because of that, but the INTJ type A personality is not likely to find themselves stressing over the smaller details. Instead they allow the believe in themselves and their minds to guide their path. They won’t focus on things they cannot change, instead they want to give themselves room to do what inspires them and follow their own inner minds. While some INTJs might be more inclined to the A or T types, they are often a mix of both within their personalities. They can find themselves testing back and forth with this, since they often possess the confidence of the A type and the perfectionist nature of the T types. INTJs are complex individuals with sometimes contradicting traits, which is part of what makes them so intriguing and unique.